It is safe to say the opinions on The Rise of Skywalker were passionate and varied. But one thing everyone could agree on was this—Babu Frik rules. The little alien droidsmith from the planet Kijimi helped out the Resistance in a crucial moment in the film. And without Babu Frik, there is no defeating the First Order. Maybe he’s the even the best character in the entire movie? Ok, maybe not best, be he sure made the best use of his minute and a half of screen time! 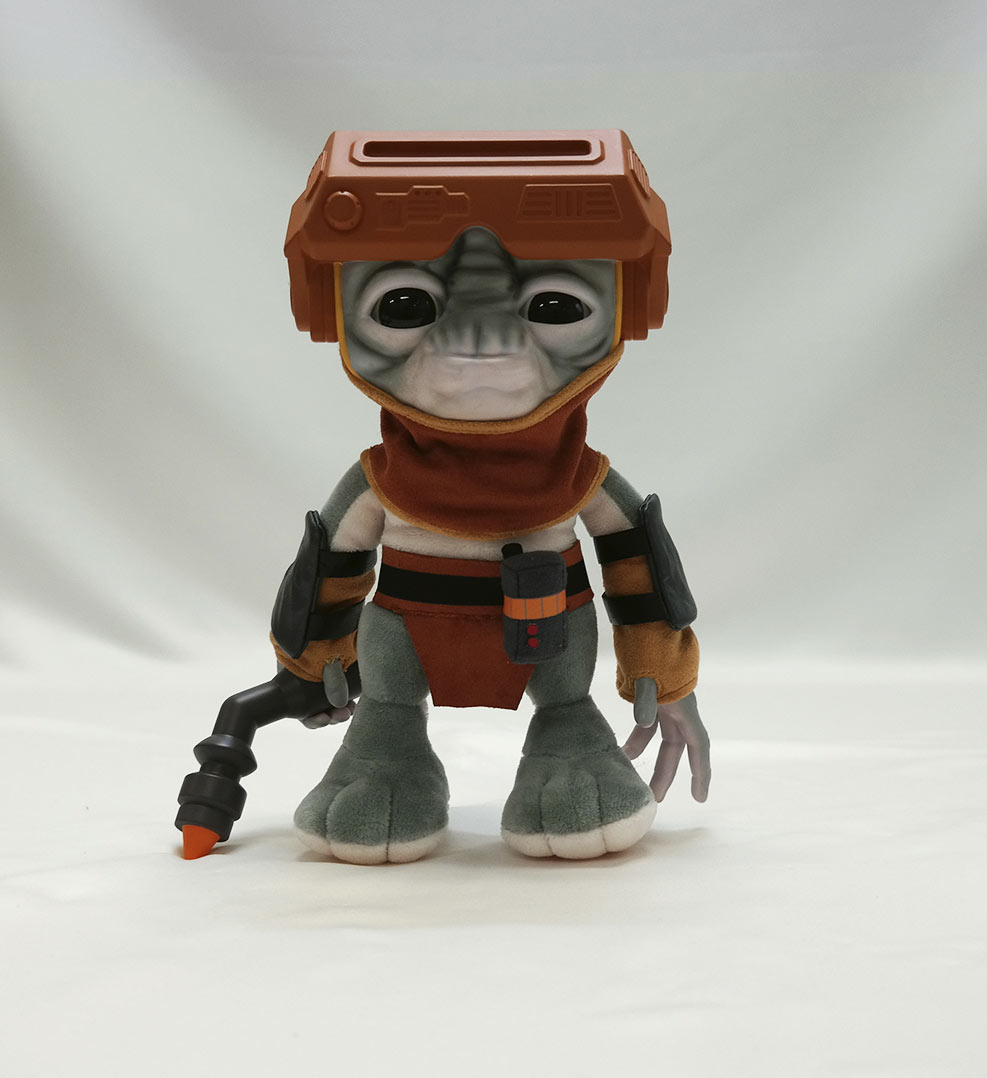 Now we’ve learned, via the Star Wars official site, that Babu is getting his own talking plush toy from Mattel. This adorable toy will be a Target exclusive when it arrives this fall. He’ll feature six voice clips from the film, including his happy “whoop of delight” and his formal introduction—“Hello, I Babu Frik.” I imagine his signature “hey heeeeey!!” phrase is one of them too. We’re not sure if Babu’s voice actor, Harry Potter‘s Shirley Henderson, will provide his sayings. But we sure hope so. 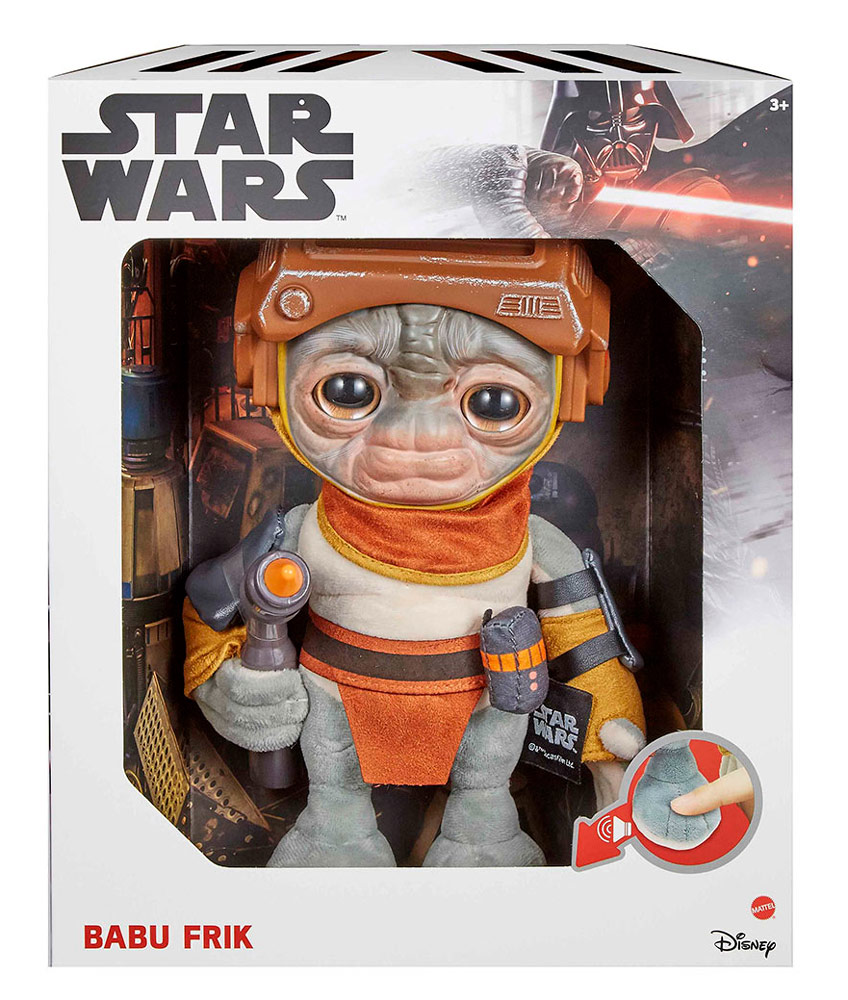 The 9-inch Babu Frick plush toy comes “mission ready,” with helmet and blow torch. It’s crazy to think that this adorable little fella was almost killed off in the movie. Steven Spielberg actually intervened after having watched an early screening. He realized that audiences would love Babu, and that he needed to survive the destruction of his planet somehow. So thanks to some digital magic, Babu showed up inside the cockpit of Zori Bliss’ ship at the end.  The clapping you hear in the theater when Babu appears again alive proved Spielberg’s instincts are on the money.

The new Babu Frik talking plush doll is launching exclusively at Target October 17. It will retail for $24.99, and is available for pre-order now.