Babu Frik Almost Died in THE RISE OF SKYWALKER

The modern era of Star Wars is contentious among fans of the franchise. Were the sequel films good? Were they necessary? Maybe they were the best Star Wars films and we’ll come to appreciate them years from now? Wherever you fall in the great galactic debates, chances are we can all agree on one thing: Babu Frik is one of the best things in all of Star Wars. Period.

The lovable little alien made his first appearance on the planet Kijimi in Star Wars: The Rise of Skywalker, the final film in the Skywalker saga released in December. A repairman of sorts, he helped the Resistance crew extract a Sith message from C-3PO’s memory that proved vital to defeating the First Order and Emperor Palpatine. So, not only is he a hero, he’s also adorable. He uttered memorable lines like, “Hey hey HEY” and “I Babu Frik.” We couldn’t love him more if we tried.

But did you know Babu Frik was originally meant to die in the film? Or rather, they never elaborated on his fate. His death was all but implied when Kijimi was destroyed by the First Order moments after Rey and her crew fled the snowy planet.

In a new interview with Empire Magazine, creature effects supervisor Neal Scanlan revealed that Babu Frik was meant to die until someone spoke up during an early screening. And that someone was Steven Spielberg.

“It could be a rumour, but I believe J.J. screened the movie for Steven Spielberg, and at the end Spielberg said, ‘What happened to Babu?’,” Scanlan told the magazine. “Everybody thought, ‘Oh God, what did happen to Babu?’” 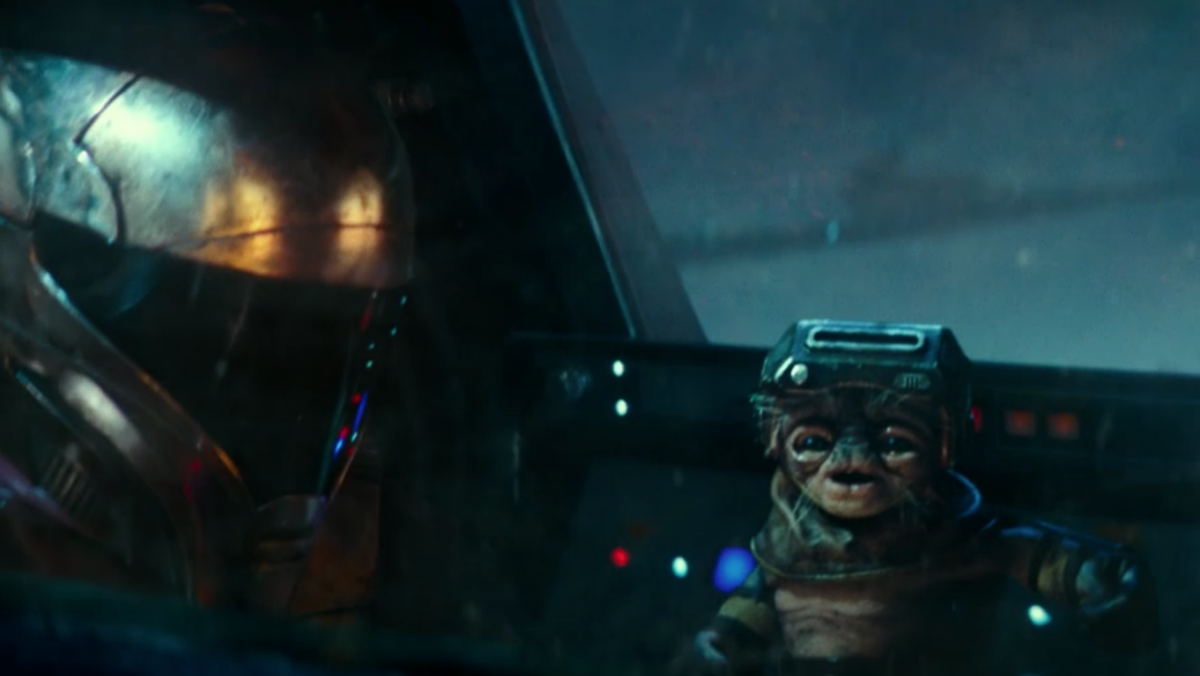 In fact, even Shirley Henderson, the actress who voiced Babu Frik, had no idea he survived the movie until she saw the final product. The alien thankfully appears with Zorii Bliss during the battle above Exegol. The final product is actually the result of some trademark movie magic.

“We shot several other sequences,” Scanlan told Empire. “The ILM guys found one, lifted out Babu and put him into Zorii’s ship at the end.”

So there you have it. Spielberg, a man known for his love of wrinkly, friendly space aliens, is (allegedly) the reason we know that Babu Frik is a survivor through and through.