The cast of J.J. Abrams’ Star Trek reboot had the unenviable task of having to fill the shoes of galactic legends. After three movies however, most would say they did an admirable job, worthy of Starfleet’s finest. In this newest deepfake video however, one can really see the similarities (and differences) of both sets of Kirks, Spocks, and McCoys.

This video comes courtesy of the Futuring Machine YouTube channel (via Geeks Are Sexy), and places the original series actor’s mugs onto their 21st century cinematic counterparts. You can view the results in Star Trek: The First Generation down below:

This video actually splices in scenes from arguably the greatest Trek film of all time, Star Trek II: The Wrath of Khan. A recurring theme throughout that movie was young cadet Kirk’s “creative solution” to Starfleet Academy’s unbeatable Kobayashi Maru test. But this event is something only referenced in Wrath of Khan, and never shown. Star Trek 2009 shows how that situation actually plays out.

In this deepfake video, William Shatner’s face where Chris Pine’s originally was is actually almost indistinguishable in most scenes. However, Leonard Nimoy is noticeably different in appearance from his successor as Spock, Zachary Quinto. It’s actually off-putting hearing Quinto’s voice coming out of Nimoy’s mouth! And DeForest Kelly’s Doctor McCoy on the body of The Boys‘ Karl Urban is pretty weird too. 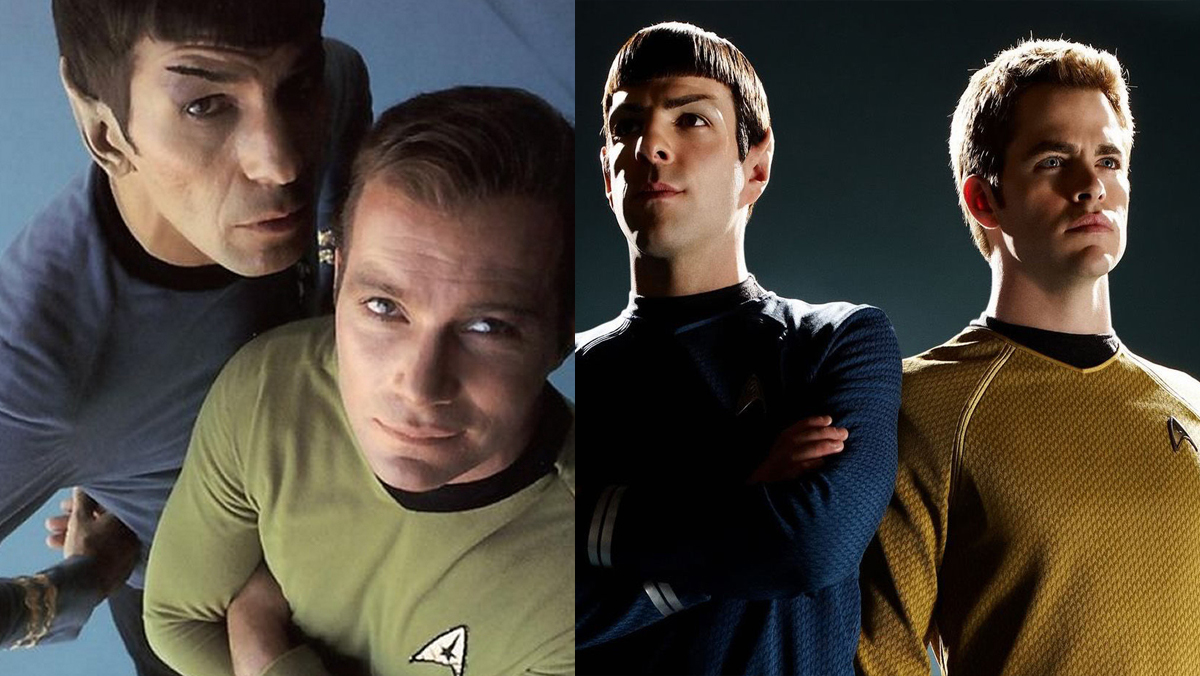 Star Trek Into Darkness has some scenes repurposed here as well. The face of Bruce Greenwood’s Captain Pike doesn’t replace his original series counterpart, Jeffrey Hunter however. But since Hunter was only ever in the original Star Trek pilot “The Cage,” there is simply less footage of him as Pike to use. Back in 1969, Star Trek creator Gene Roddenberry teased a potential prequel film about how the original Enterprise crew first met. We’ll never see that version of the movie. This deepfake gives us a pretty good idea as to what might have been.