Patrick Stewart on Returning to His Iconic Role in PICARD - Nerdist

Patrick Stewart on Returning to His Iconic Role in PICARD

There have been many captains in Star Trek history, but for many of us, the pinnacle of Starfleet leadership was and always will be Captain Jean-Luc Picard. Sir Patrick Stewart played the part during seven seasons of Star Trek: The Next Generation, and then went on to play him in four feature films. This totaled 15 years in the captain’s chair. And after Star Trek: Nemesis, both he and the fans thought this was the end of the line for Jean-Luc.

But now eighteen years later, Stewart has returned to the role that made him an icon in Star Trek: Picard, premiering soon on CBS All Access. But just what did it take to get him back to the 24th Century? (Or is it the 25th Century now??) We got the chance to sit down with Sir Patrick, as well as the show’s producers Alex Kurtzman, Akiva Goldsman, and celebrated author Michael Chabon, to discuss just how this living legend convinced him to return to his most famous role after so many years. 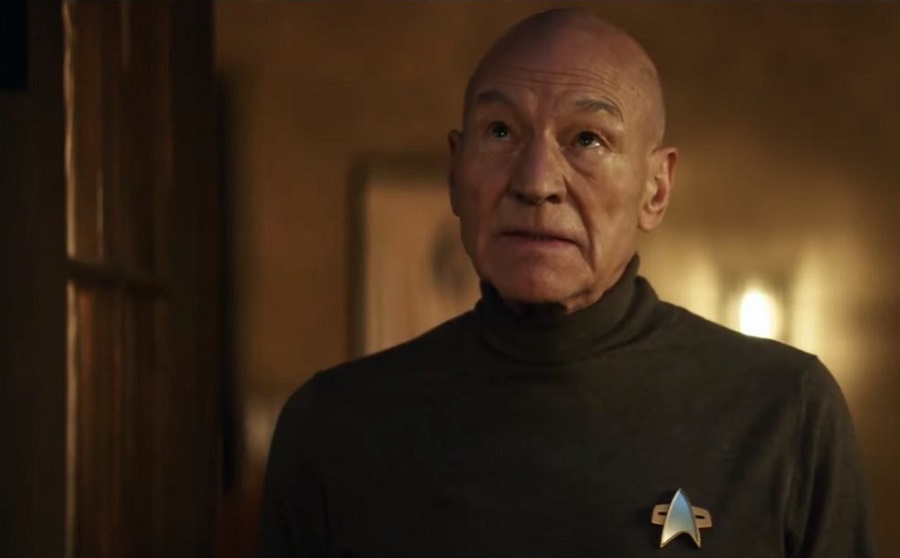 Picard returns to duty in a world he doesn’t truly recognize anymore in this new series, and in fact it’s the key to his whole character journey in the show. As Stewart says in our interview “The Federation is not what it used to be. Starfleet is not what it used to be.” Star Trek has always been about allegory to the modern day, so one can see how this connects to how many of us feel about the institutions we once all viewed as virtuous being somewhat less than that.

But it’s clear what excited Patrick Stewart the most about returning was exploring Picard’s haunted post-TNG life.. As he mentions, the TNG era Picard was pretty unflappable. He didn’t have a lot of sleepless nights, or regrets about any decisions he’d made in his long career. As Stewart mentions, only the character of Q could ever get under his skin that way (here’s hoping this means we get to see Q in some capacity on this show!) But this older version of Picard gives him a new angle to play, and that’s clearly what excited him most about returning to the role that made him a household name.

It’s also interesting to note from this interview that one of things Patrick Stewart was adamant about was not doing any more Borg stories. Between TNG episodes like “The Best of Both Worlds,” where Picard became a part of the Borg,  and movies like First Contact, he thought that t he hive-minded race had become played out. But the producers of Star Trek: Picard found a new angle by which address the cybernetic race, and from there the Borg were back in play. Even Trek’s most famous Borg, Seven of Nine, found a way into the story.

Star Trek: Picard is taking the franchise into the future for the first time in nearly twenty years. Since Voyager ended its run in 2001, every Star Trek project has been a prequel of some sort to the original series. But it’s thrilling that the man who is taking us into uncharted territory for the first time in so many years is Patrick Stewart. We can’t think of anyone better.