Star Trek was ahead of its time in so many ways, it’s almost impossible to calculate. It predicted computer systems you can talk to, cell phones, and a metric ton of other stuff. By the time The Next Generation rolled around, it also predicted the kinds of desktop computers that would become popular in the following decade. In fact, our modern day computer designs are sleeker and smaller than anything Captain Jean-Luc Picard used in his Ready Room. But somehow, the Enterprise’s computer interface somehow manages to still look futuristic all these years later. 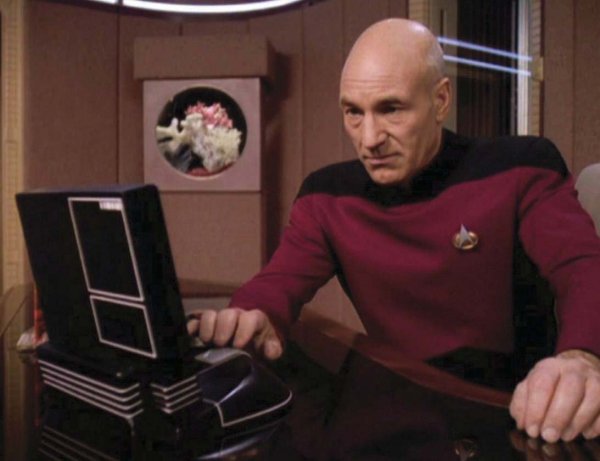 In order to create this fully functioning piece of machinery, Johnson used an Adafruit ESP32 Feather Board and Amazon’s AWS cloud servers. This makes it possible for it to access and display information, like the weather, news, a room’s temperature and humidity, calendar information pulled from Microsoft Outlook, fitness updates via Google Fitness, and a whole lot more. Sure, it’s stuff your phone can do… but isn’t cooler to do it all Starfleet style?

If you find yourself  inspired by Johnson’s LCARS style computer and want one for your own officer’s lounge, all the various files and schematics one needs to make their own are available for free on Hackaday for download. It is unknown if the system has the iconic blips and accompanying sound effects that the Enterprise-D computers were famous for, which actually make for very soothing background noise. But if not, we figure that’s an easy enough update to include. And if it includes the late Majel Barrett Roddenberry’s computer voice, well then that would sure be the icing on this Starfleet cake!