Star Trek: Lower Decks marked the franchise’s return to animation after a 45-year (or century-long, if you’re talking in-universe) reprieve. The frenetic, occasionally graphic new venture marked a tonal departure from Star Trek: The Animated Series. (Though not at the expense of that Roddenberry-caliber wonder.) Now, CBS and company are setting forth with yet another animated project in the Trek universe. Perhaps in the interest of maintaining the universe’s natural balance, this series will veer much more family-friendly. Titled Star Trek: Prodigy, the series will center on a troupe of space-faring wunderkinds. And the cast, newly announced, offers up some old favorites and fresh faces alike. 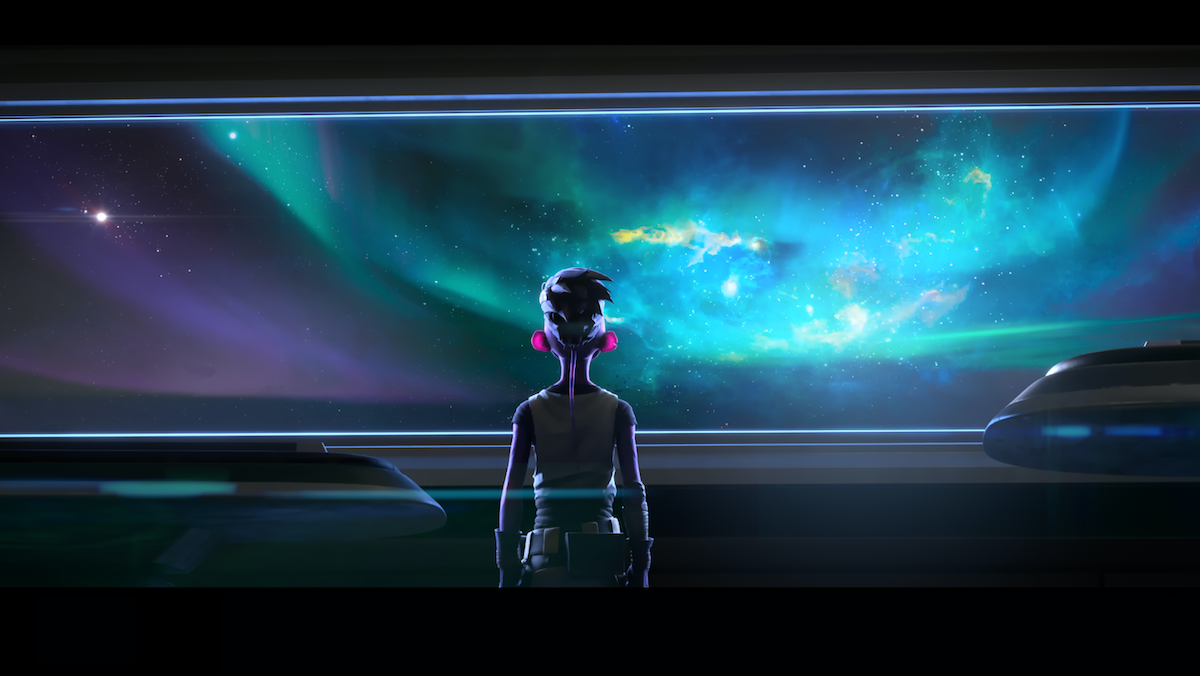 We heard not long ago that Kate Mulgrew would star in the series as her iconic character, Captain Kathryn Janeway. Rather, as a hologram of Janeway. As of the new series, the USS Voyager captain has lent her likeness to the central starship’s programming; she will pop in to train and guide the preteen and teenage crew members on board for adventures across the universe.

The crew in question will comprise the following characters, from a press release:

Rylee Alazraqui as “Rok-Tahk,” a Brikar and an unusually bright eight-year-old girl. Rok is a bit shy, but not when it comes to her love for animals.

Brett Gray as “Dal,” 17 years old and an unknown species, he fancies himself a maverick, who even in the toughest times, holds strong onto his unwavering hope.

Angus Imrie as “Zero,” who is a Medusan: a noncorporeal, genderless, energy-based lifeform. Since others would go mad at the sight of their true self, Zero wears a containment suit they made themselves to protect others.

Jason Mantzoukas as “Jankom Pog,” a 16-year-old Tellarite. Tellarites are known to relish an argument, and Jankom is no different. Regardless of opinion, he will always play ‘devil’s advocate’ for the sake of hearing all sides.

Ella Purnell as “Gwyn,” a 17-year-old Vau N’Akat who was raised on her father’s bleak mining planet and grew up dreaming to explore the stars.

Dee Bradley Baker as “Murf,” whose age and species is unknown but who is an endearing, indestructible blob with curiously good timing and an insatiable appetite for ship parts. 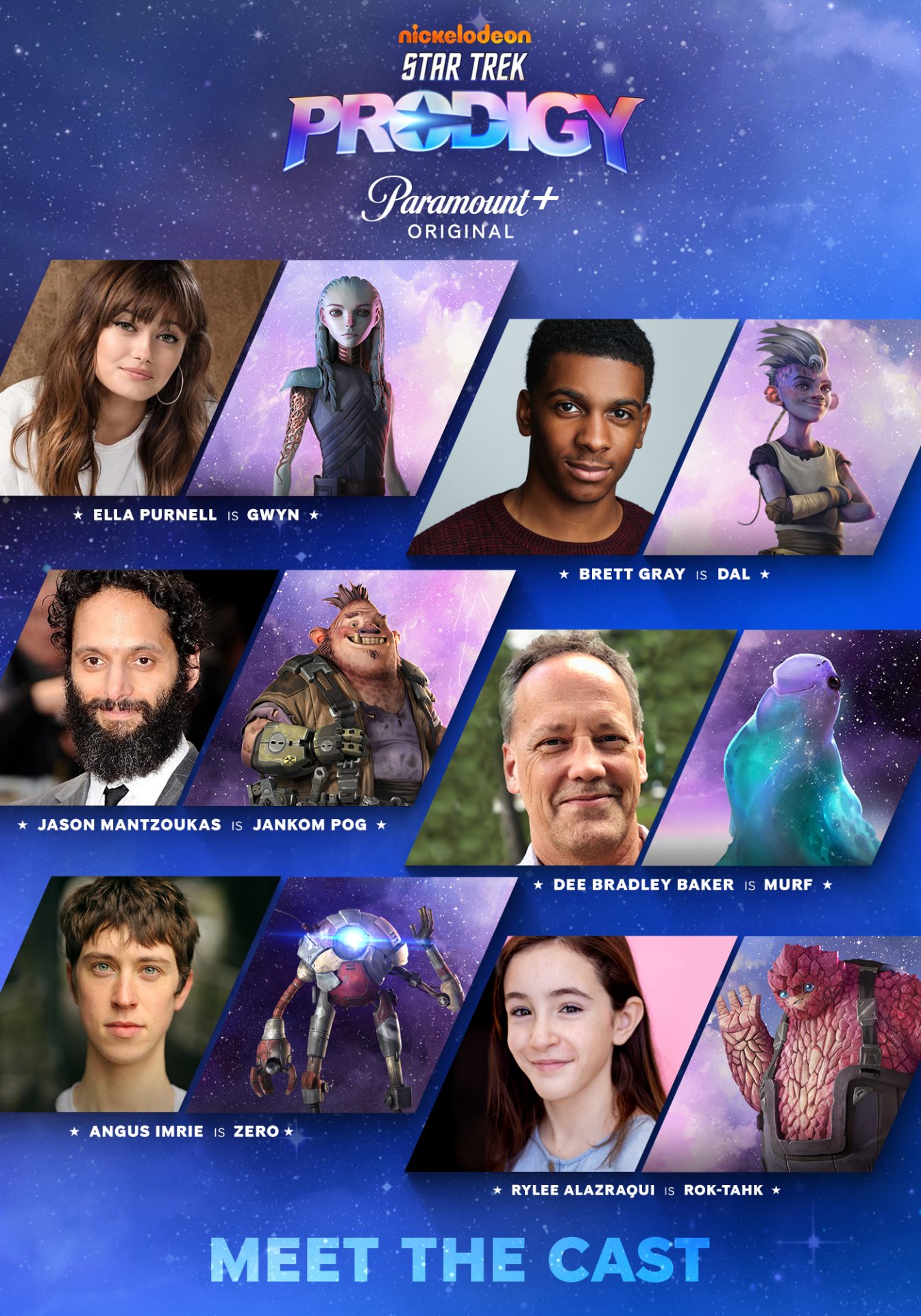 Right away, we spot some names of note among the cast. Jason Mantzoukas has been popping up in every corner of contemporary comedy for the past few years; Dee Bradley Baker, on the other hand, has lent his voice to everything from Space Jam to Avatar: The Last Airbender to  Star Wars: The Bad Batch. Speaking of veteran voice actors, Rylee Alazraqui inherits the torch from her father Carlos, voice of Rocko’s Modern Life‘s Rocko, among other roles.

Additionally, Deadline reported in late August that John Noble and Jimmi Simpson would join the cast. Noble will play The Diviner. According to Deadline The Diviner is “a ruthless tyrant who controls the asteroid of Tars Lamora, The Diviner exploits wayward species and will stop at nothing in his hunt for the Protostar ship, no matter the cost.” Simpson’s character is Drednok, The Diviner’s deadly robotic enforcer. Also joining the cast, via /Film, is Jason Alexander, Jameela Jamil, Daveed Diggs, and Robert Beltran. They will play Doctor Noum, Ensign Asencia, Commander Tysess, and Captain Chakotay (Beltran’s reprising his role from Voyager), respectively.

The series hails from CBS’ Eye Animation Studios, Nickelodeon Animation Studio, Roddenberry Entertainment, and Secret Hideout; it will release on Paramount+ later in 2021. Take a look at a few more new images below: 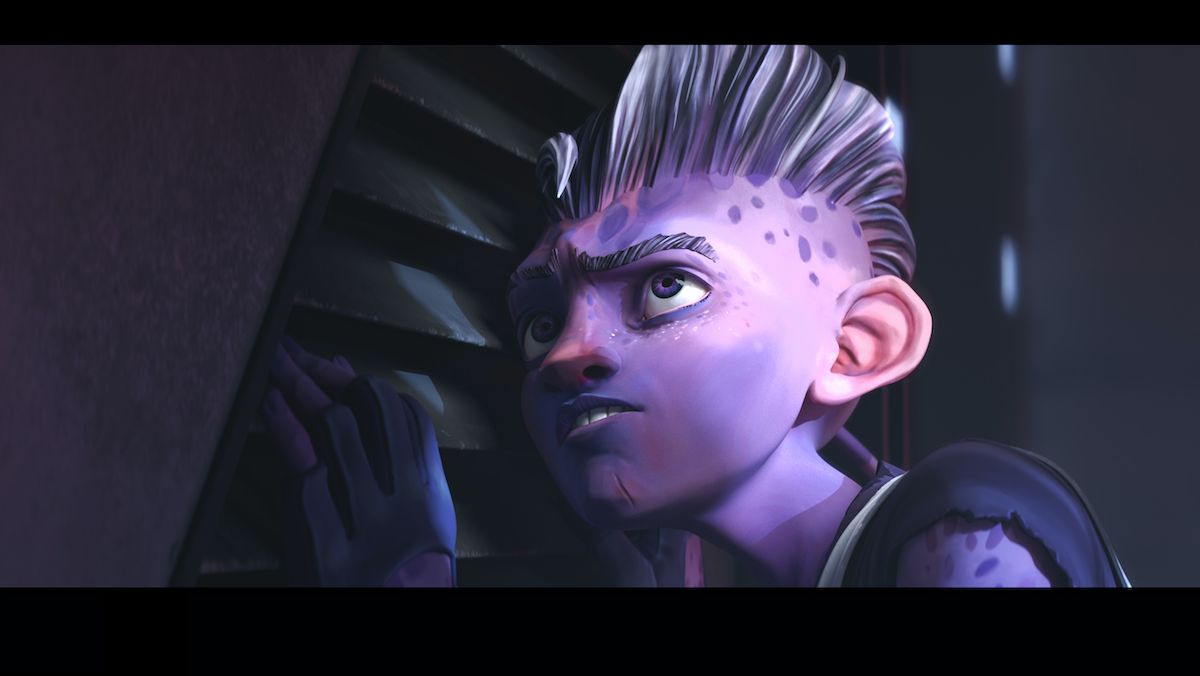 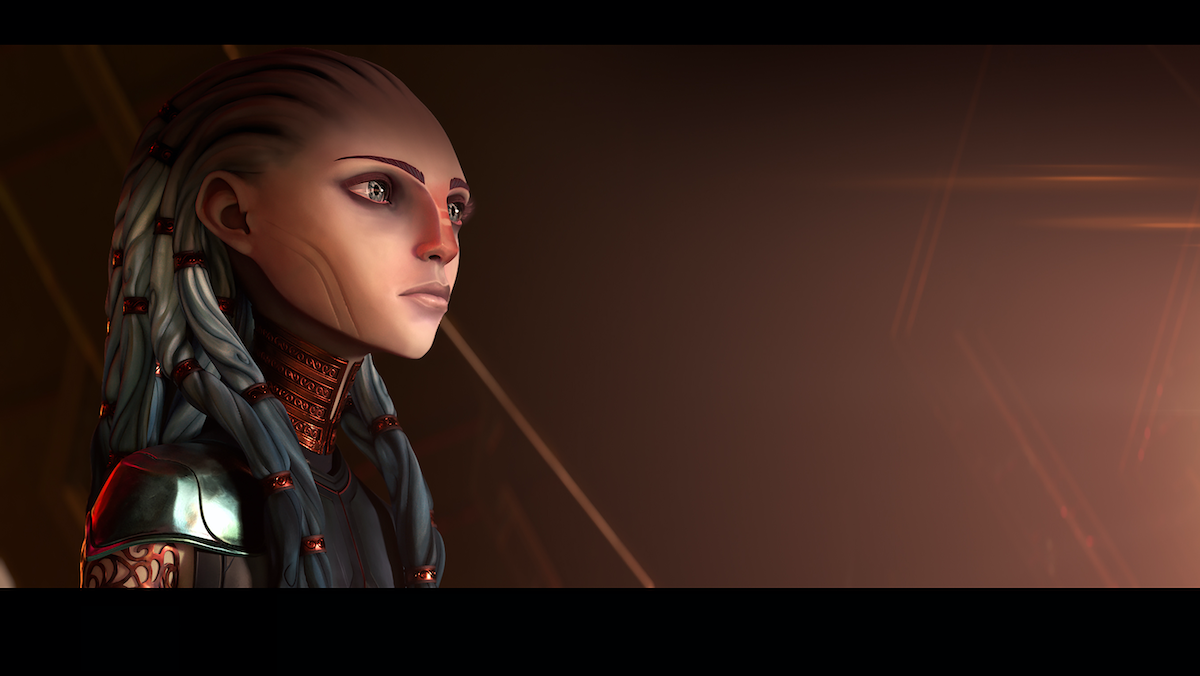 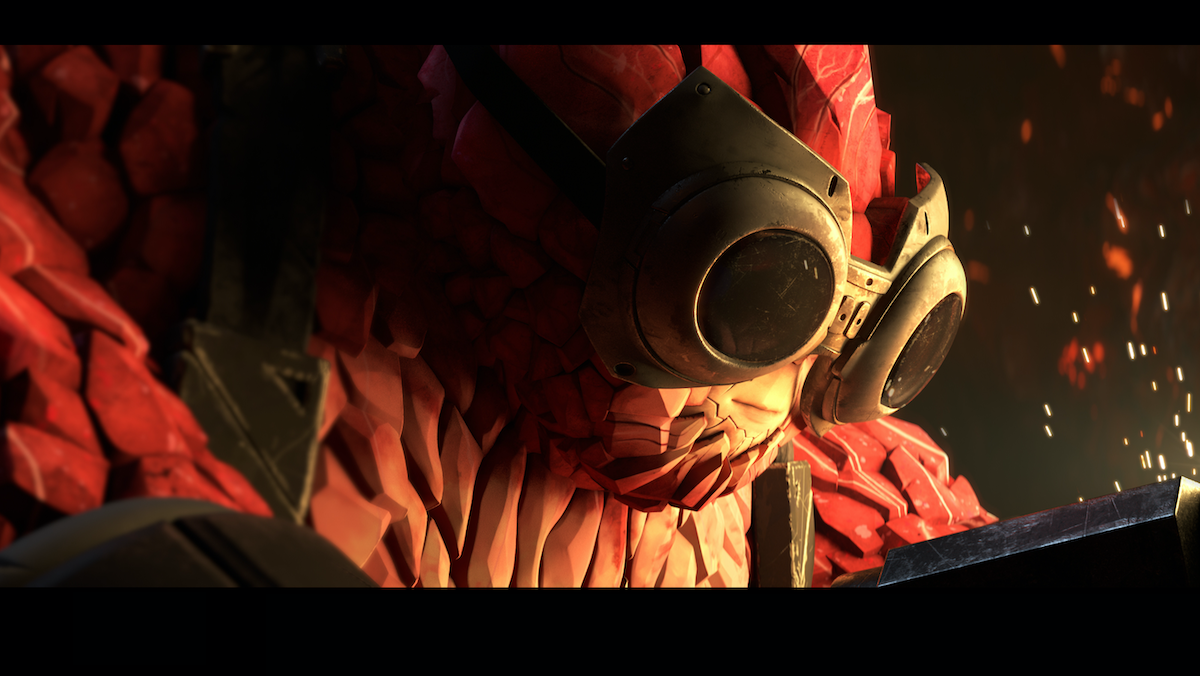