Similar to how Star Wars fans have Galaxy’s Edge in the Disney theme parks to immerse themselves in these days, Star Trek fans has something very much the same for many years. From 1998 until 2008, the Star Trek: The Experience was a theme park-esque destination at the Hilton Hotel in Las Vegas. Fans could visit Quark’s bar from Deep Space Nine, see props and costumes from across the franchise’s history, and actually beam aboard the Enterprise for an adventure. It was pretty amazing.

Now, thanks to YouTuber Dave de Vos (via Geekologie), rare footage of the construction of the Star Trek: The Experience has turned up. And it’s a great window into an era when Star Trek ruled geek culture. The footage comes from around late 1997, so just few months before opening day. You can check out the full video down below.

The video shows construction on the set that would become the Next Generation era Enterprise-D. The bridge and the transporter room were spot-on to the ones we saw each week on TV. One of the coolest parts of the main attraction was going into a service elevator, and suddenly “beaming” to the Enterprise. We finally see how this effect is accomplished. 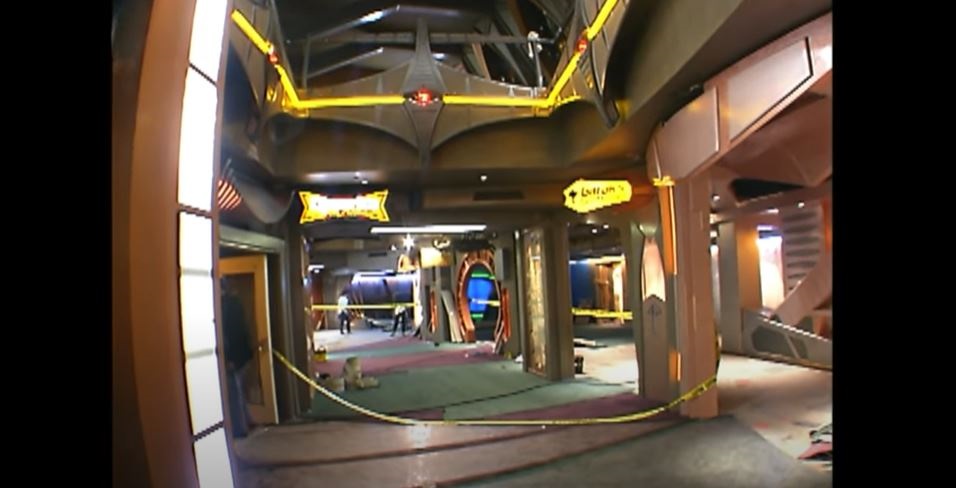 There’s also some great footage of the interiors of the Enterprise shuttle, which was a Star Tours-like simulator ride where guests got to escape some nasty Klingons. We also get to see some terrific pre-opening day B-roll of the Star Trek: The Experience’s promenade area, constructed to look exactly like Deep Space Nine’s.

Star Trek: The Experience closed for good in 2008, after a decade in service to Starfleet. But for Trek fans who never got the chance to visit it in person, luckily there is plenty of footage of this wonderfully geeky destination still out there. Rumors have circulated for the past few years of a new Star Trek themed area on the way, the last being reported as coming to Universal Studios. If it does ever happen, here’s hoping it is half as cool as the Hilton’s Star Trek: The Experience of yesteryear.