In this week’s episode of Star Trek: Discovery, “The Red Angel,” the season-long mystery of just who the mysterious winged figure appearing across the galaxy finally gets answered… and the answer reveals a time traveler is behind it.

The Red Angel joins a long list of Star Trek characters who have traveled through time, several of them even had several adventures in history. Presented below is our ranking of the seven best temporal travelers in the franchises’s fifty-three year history. 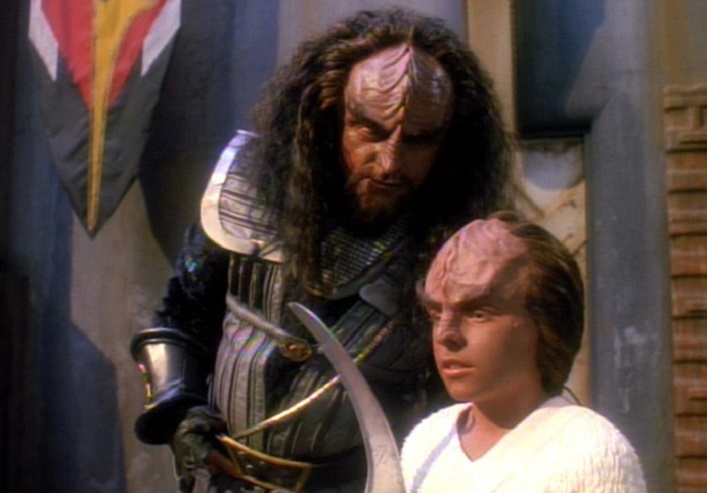 Lt. Worf’s son, young Alexander, was probably not the most popular character on TNG. To be fair, no one likes little kids that enter a show late into their runs (call it “Cousin Oliver Syndrome.”) He was always disappointing dear ol’ dad by wanting to be more human, like his half-human mother. But in this season seven episode, we encounter a Klingon warrior named K’mtar, who is later revealed to be a time-travelling Alexander from forty years in the future, who decides to come back to insist his dad train him in the ways of the Klingons, in order to prevent his father’s future assassination. 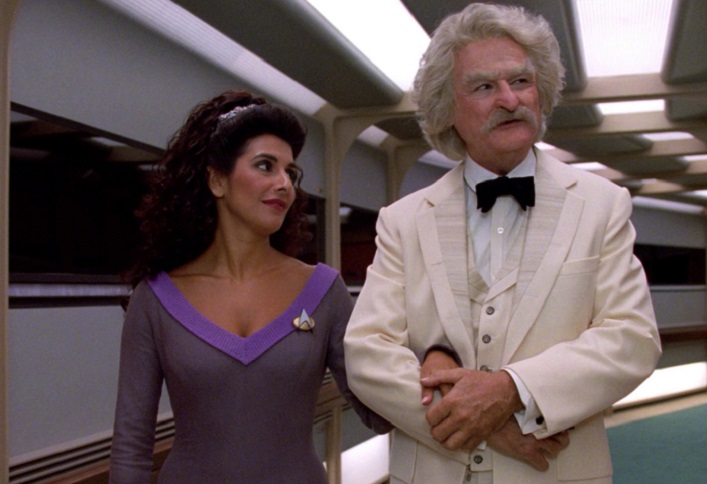 The TNG crew didn’t travel around in time nearly the amount as the original series crew did. But in the two-parter “Time’s Arrow,” the Enterprise-D crew travels back to 19th Century San Francisco after Data’s head is discovered in a cave beneath the city in their present. Through various time travel shenanigans, one Samuel Langhorn Clemens also goes through a portal to the future. At first, the old codger can’t believe that in the future, poverty, prejudice and war have been eliminated on Earth, but he eventually comes around to see the future turned out alright after all. 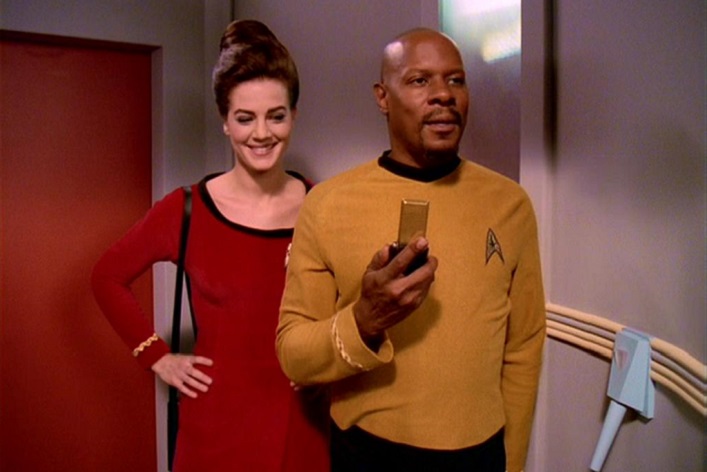 DS9 did a bit more time travel than TNG did, and Captain Benjamin Sisko was at the forefront of some of the best of those stories. In the season three episode “Past Tense,” Sisko travels to Earth in the year 2024, where homelessness is a rampant problem in the United States, particularly in San Francisco (Trek was always uncannily accurate at predicting the future). He became a key figure in history, and helped changed government policy even! That episode was a bit of a downer, but in “Trials and Tribble-ations” he got to travel back to the events of one of the most beloved episodes of the original series, “The Trouble With Tribbles,” and even got to shake hands with Captain Kirk. 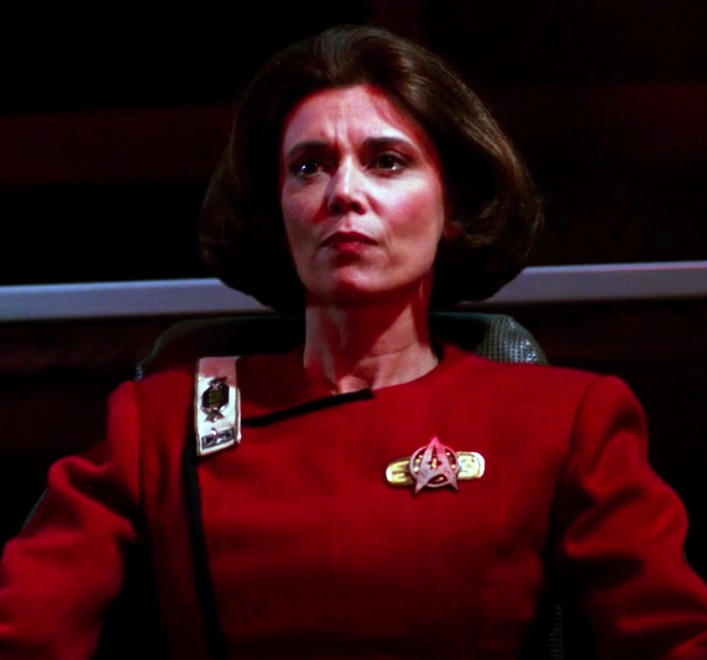 In one of the best episodes of the entire franchise, The Enterpise-C, one of two starships named Enterprise between the time of Captain Kirk and Captain Picard finally appears, having time-traveled some twenty years into the future. We meet her Captain, Rachel Garret, who narrowly avoided destruction for herself and her crew by Romulan warbirds by escaping into the future. But by her dodging her fate, she changed the Enterprise-D’s present for the worse, so she makes the tough call to sacrifice her life by going back into time and facing certain death. After this one appearance, we would have been down to see an entire series about Captain Garrett. 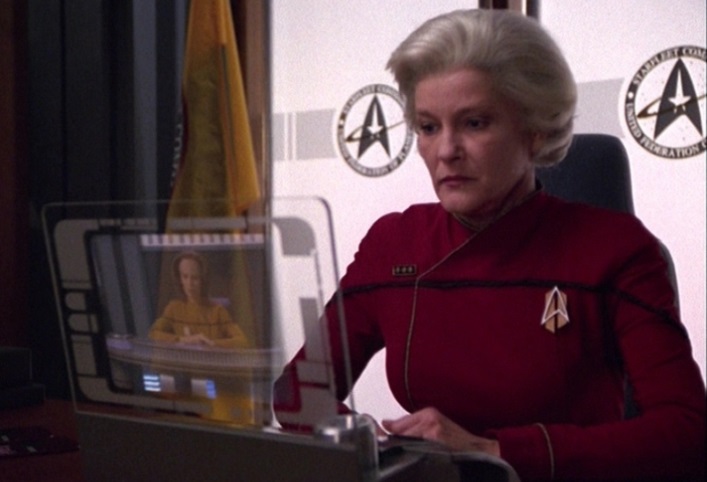 In the final episode of Voyager, Admiral Janeway travels back in time some twenty-five years to confront her younger self, and to find a way to ensure that her crew gets back home to the Alpha Quadrant far sooner than they were originally meant to. And as an added bonus, to also put an end to the Borg threat once and for all. Admiral Janeway argues with her younger self for a lot of this episode, but in the end, Voyager’s long exile is cut short by years, and so Admiral Janeway’s breaking of time travelling rules and regulations ended up being well worth it. 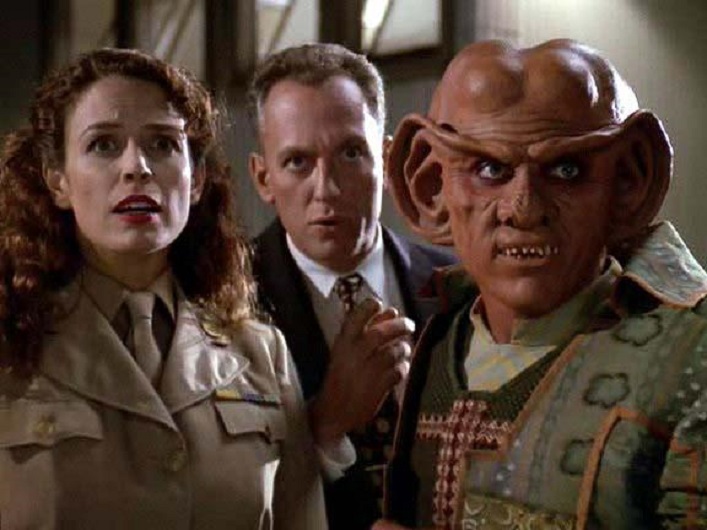 In one of the more amusing episodes of DS9, the titular space stations’s three Ferengis–bar owner Quark, his brother Rom, and Rom’s son Nog–head to Earth to send Nog to Starfleet Academy, but as often happens in Star Trek, there are temporal vortexes and quantum entanglements, and the three Ferengi end up crashing their ship in Roswell, New Mexico in 1947. As the three aliens try to get by on 20th century Earth, the greedy aliens realize that they have a lot more in common with humans from back in the day than with their money-less, more enlightened 24th century descendants.

The Crew of The Enterprise – Star Trek: The Original Series – Way Too Many Episodes To Count

While the more modern Star Trek series tended to not lean on time travel as a crutch, the same cannot be said for the original series. Kirk and co. traveled so much through time, that by Deep Space Nine’s era, Starfleet’s  Temporal Investigations dubbed James T. Kirk “a menace.” Either by traveling to the ’60s by accident (“Tomorrow is Yesterday”) or on purpose (“Assignment: Earth”) or through the Guardian of Forever (“The City on the Edge of Forever”) Kirk spent a lot of time in the 20th century.

Spock doesn’t get off Scott free either, as he also traveled thousands of years into the past in the third season episode “All Our Yesterdays,” and even met himself as child in “Yesteryear.” And old Spock’s traveling back to before Captain Kirk’s birth resulted in the whole JJ Abrams movie timeline.  Of course, the entire crew famously went back in time to ’80s San Francisco and also saved some whales. Temporal Investigations was right, these guys were a menace to the time stream!