The late, great Stan Lee was responsible for co-creating some of the most iconic characters of the 20th century. Lee was the man behind Marvel heroes like the Hulk, the X-Men, and Spider-Man, and was an ambassador for the comic book medium. With that in mind, even though he was one of the most verbose individuals around, one rarely heard him use curse words in public. Most of the time that is.

Via the folks at Laughing Squid, we’ve just discovered a short animated film called Sessions with Stan. In a very classic Disney-esque style, it animates some audio outtakes of Stan Lee espousing the many benefits of the word f**k. You can watch the full animated short down below:

Lee rants about the many uses of the F-word, as a verb, as a noun, etc. He even calls it “the most useful word in the English language.” Honestly, he was probably right about that. Former sound engineer Aaron Fromm, who worked with Lee since age 19, recorded it all. For the animation, he collaborated with artist Kosperry to bring it to life. Considering that Disney would eventually buy Marvel, it’s fitting that the animation style looks very ’90s Disney Afternoon. We were half expecting Darkwing Duck to show up! 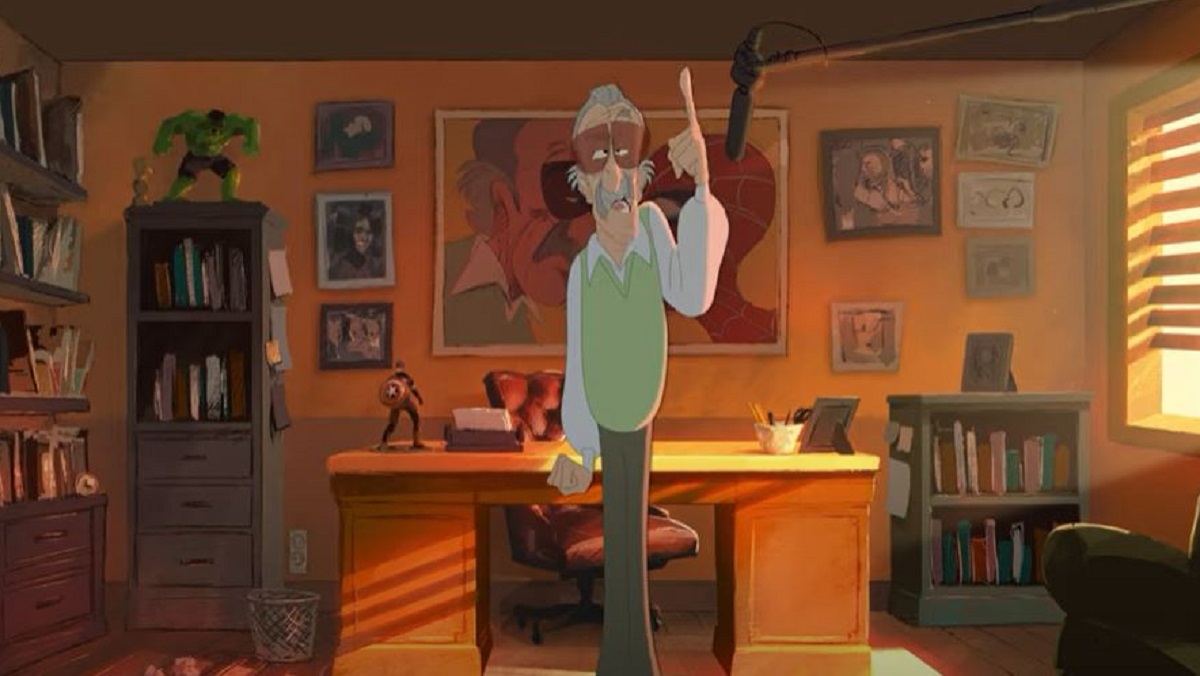 There are of course a ton of fun Marvel Comics Easter Eggs in the short. There’s a recreation of a portrait of Stan Lee and Spidey behind him (which is based on a real thing he once owned), and a statue of Captain America on his desk. There’s also a statue of the Hulk in his office as well.

We’re not sure if Stan would be horrified or tickled that his profane rant was released, but we’re going to lean towards tickled. Stan always had a good sense of humor, and given the year 2020 has been, we think he would have been okay with dropping the F-word left and right. To paraphrase Stan’s catchphrase, “F**king Excelsior!”