by Eric Diaz
Marvel ComicsÂ -inspired media has found success on the screen for nearly twenty years, since the first X-Men and Spider-Man movies hit the big screen. But none of this would have been possible without the one and only Stan Lee, who has left us as the age of 95. He nearly quit his job as an editor and writer at Timely Comics in the 1960s after having worked there most of his adult life. It wasn’t fulfilling, and his wife suggested he make a comic the way he wanted to. The result was the Fantastic Four, which he co-created with Jack Kirby. The rest, as they say, is history.

And man, what a history. Between 1961 and 1970, Stan co-created dozens of characters at Marvel Comics–characters that have, for the past several years, become behemoth media properties in film and television. The Fantastic Four. Spider-Man. The Hulk. Iron Man. Thor. The Avengers. Nick Fury and the Agents of S.H.I.E.L.D. Ant-Man. Black Panther. X-Men. The Avengers.This legendary creative output fueled our pop culture landscape today, and for the foreseeable future. Although he scripted hundreds of stories, these 15 are the most iconic issues he wrote at Marvel. They helped shape comics as we known them. 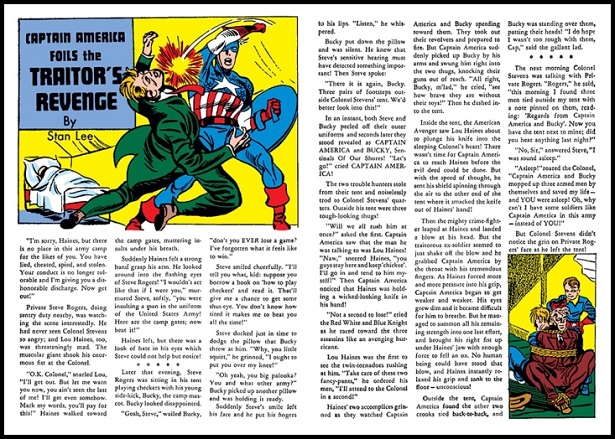 Stan Lee didn’t create Captain America; Joe Simon and Jack Kirby have that distinct honor. But teenage Stan’s very first published story was in the pages of Captain America Comics #3,Â and was titled â€œCaptain America Foils the Traitorâ€™s Revenge.â€ This was also the story in which Stanley LieberÂ  gave himselfÂ the pseudonym Stan Lee. 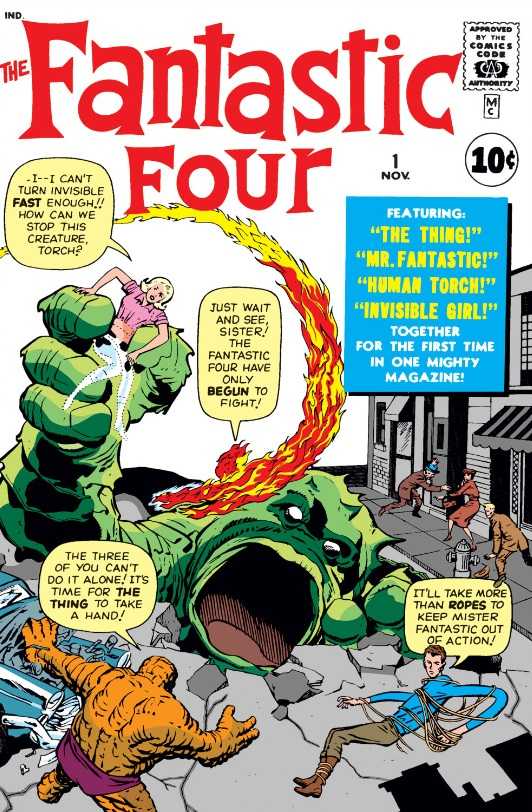 Fantastic FourÂ #1 is theÂ comic that changed it all and started Marvel Comics as we know it today. Tired of writing giant monster stories and comics aimed at very young children, Stan Lee and Jack Kirby created new kinds of superheroes, ones with grounded personalities who fought among themselves as much as they fought villains. Lee and Kirby did a whopping 100 issue run of the Fantastic Four.

Another quintessential Lee/Kirby creation, The Hulk appeared mere months after the Fantastic Four’s debut. The character is little bit of Frankenstein mixed with some Dr. Jekyll and Mr. Hyde and a whole lot of Atomic Age fears. He became instantly memorable and would later become one of Marvel’s first media sensations on television. 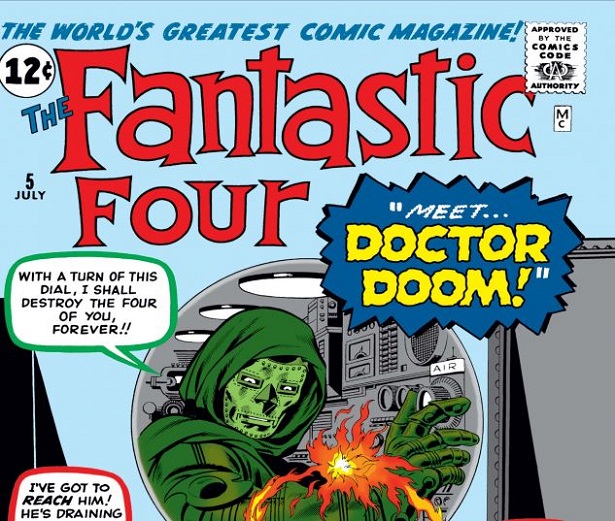 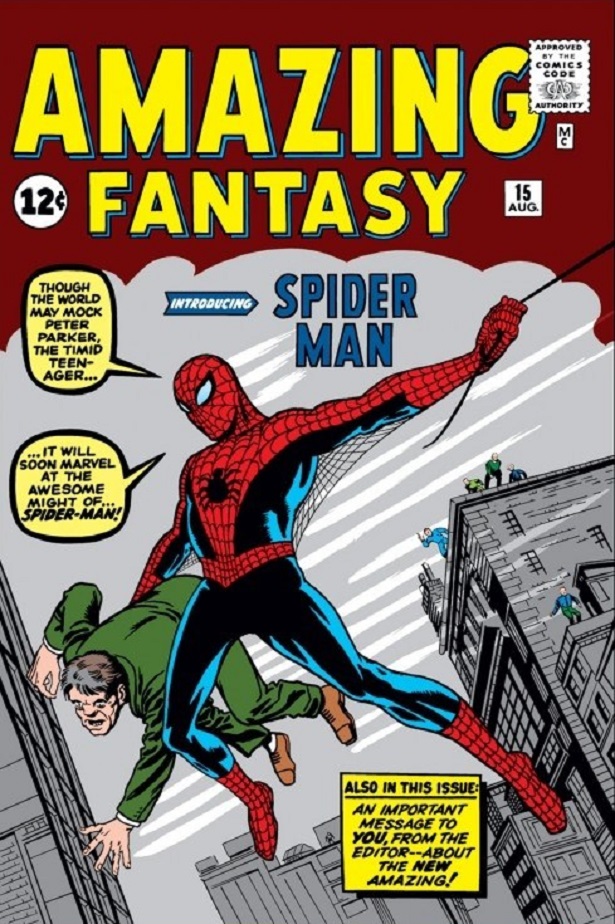 “With great power there must also come – great responsibility!” Spider-Man’sÂ entire psychology and motivation was created in his very first appearance with those words, and one of the greatest superheroes of all time was born. Stan Lee and Steve Ditko distilled everything terrible and wonderful about being a teenager into Peter Parker, and it was all built off of this 15 page story. 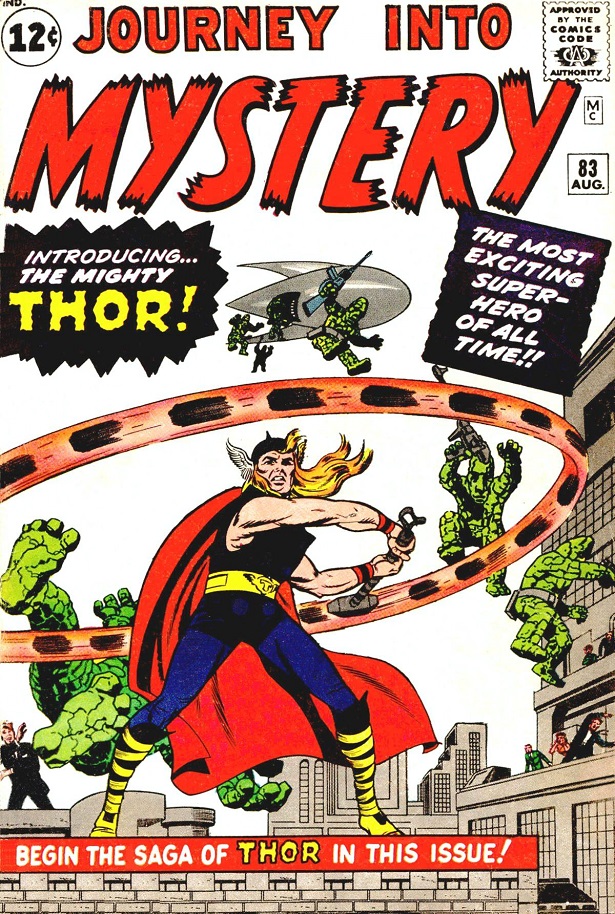 While Marvel was already famous for making superheroes more “down to Earth,” there was one great exception to that rule with Thor. Lee and Kirby created the character,Â literally a god who walks the Earth. The Asgardian saga begun in this issue was one of their greatest Marvel opuses together. 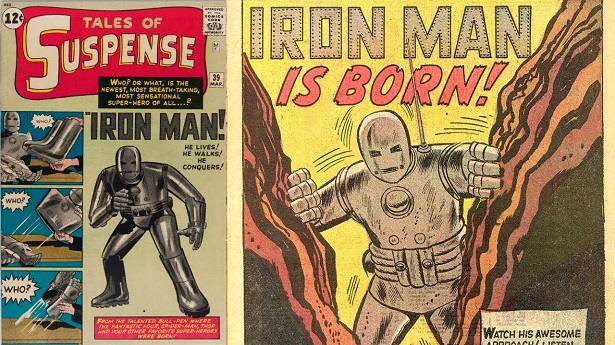 The Marvel Cinematic Universe could not have happened without Iron Man. The Armored Avenger made his debut in this issue, where Stan provided the outline and origin for the character of Tony Stark, while Jack Kirby designed the armor. Stan’s brother Larry wrote the full script, and artist Don Heck drew the first issue, but the germ of the idea was another one from Lee/Kirby. 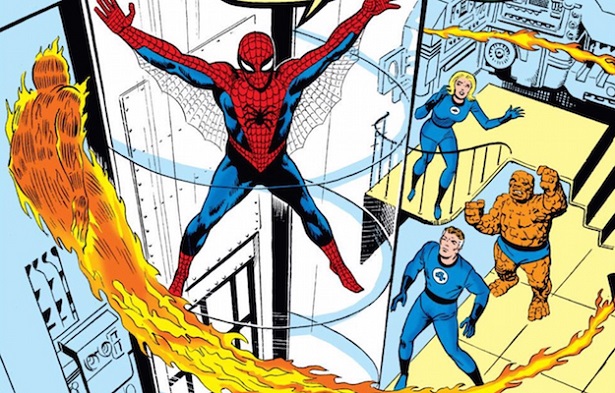 After sales figures came in for Amazing Fantasy #15, Marvel jumped on the chance to give Spidey his own title. Not only is this issue significant because it solidified Spider-Man as Marvel’s #1 solo character, but the Fantastic Four appeared in the very first issue, pushing the “shared universe” idea from the get-go. 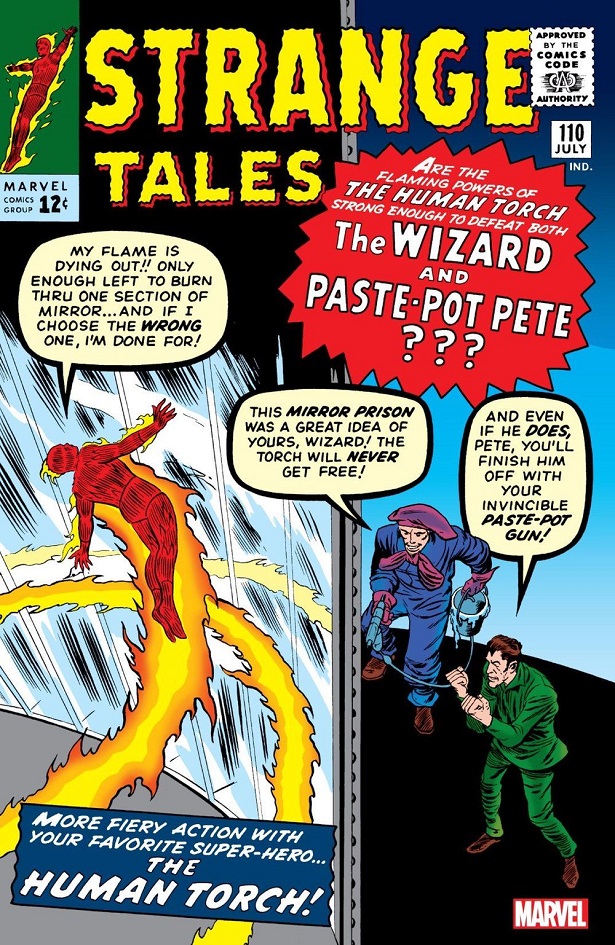 Credit where credit is due: Doctor Strange, who first appeared in Strange Tales, was fully designed by artist Steve Ditko, who also came up with his origin story (Lee would script the first issue). Lee hired the Spider-Man artist to come up with a mysterious magician character that he asked to be based on the old comic strips he grew up with like Mandrake the Magician. 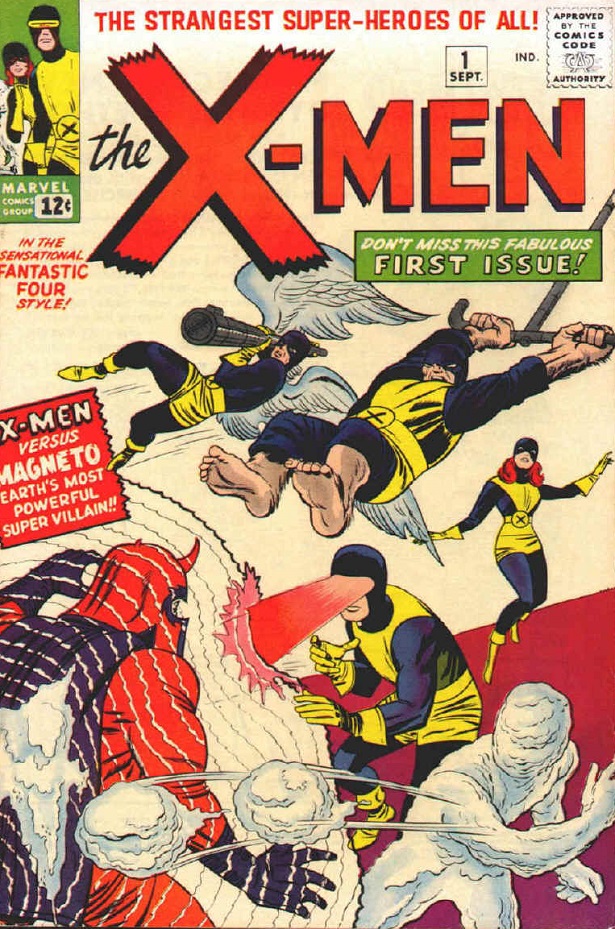 With the success of the Fantastic Four, Lee and Kirby came up with another team concept. This one was rooted not only in the Atomic Age fears of the ’60s (your children might be mutants because of nuclear testing!), but also the civil rights movement of the time. It would be another decade before X-Men would take off, but Professor X, Magneto, and the foundations for X-Men’s success were present from the beginning. 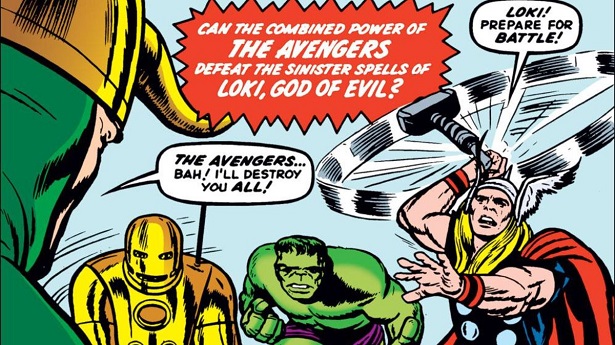 As if X-Men hitting spinner racks wasn’t a big deal, Avengers #1 also came out on the same day. Lee and Kirby, taking a page from DC’s Justice League, decided to join their biggest heroes (except Spidey, who wasn’t invited) to create the Avengers. Needless to say, this concept would prove fruitful for Marvel, and change how team books were written. 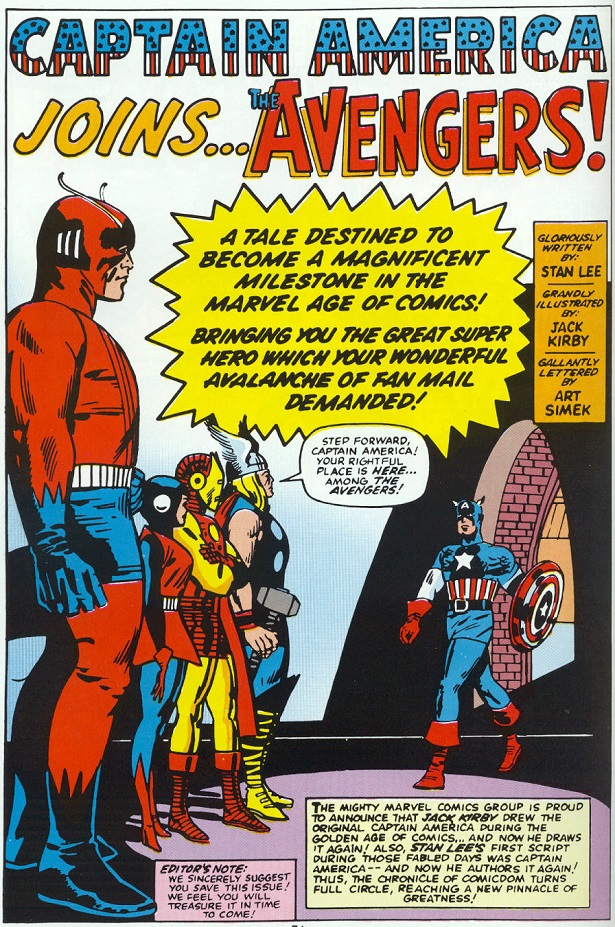 Although Avengers was a hit, it needed…something extra. In issue four, Stan and Jack decided to bring in an old Timely Comics character from the World War II era, and Captain America was reborn. He’s one of Marvel’s most important heroes. Steve Rogers, a man from the past struggling with changing times, became indicative of Marvel’s attempts to grapple with a changing society using fantasy storytelling. 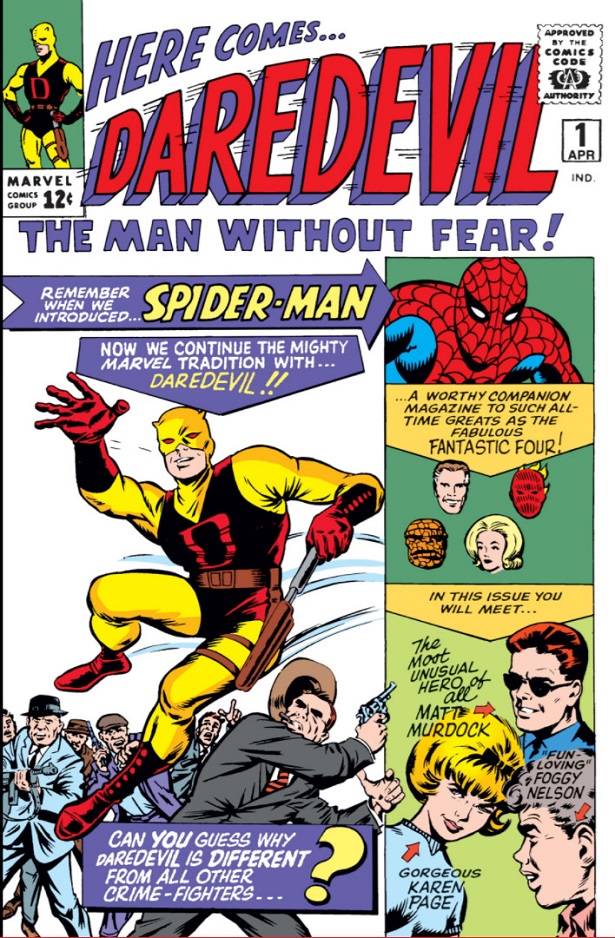 Stan wasn’t done creating heroes by a long shot. Working with artist Bill Everett, he devised the first issue of Daredevil, a story aboutÂ Matt Murdock, the blind lawyer who was secretly New York’s newest superhero. Much like X-Men, the Daredevil comic would not hit its stride until much later. 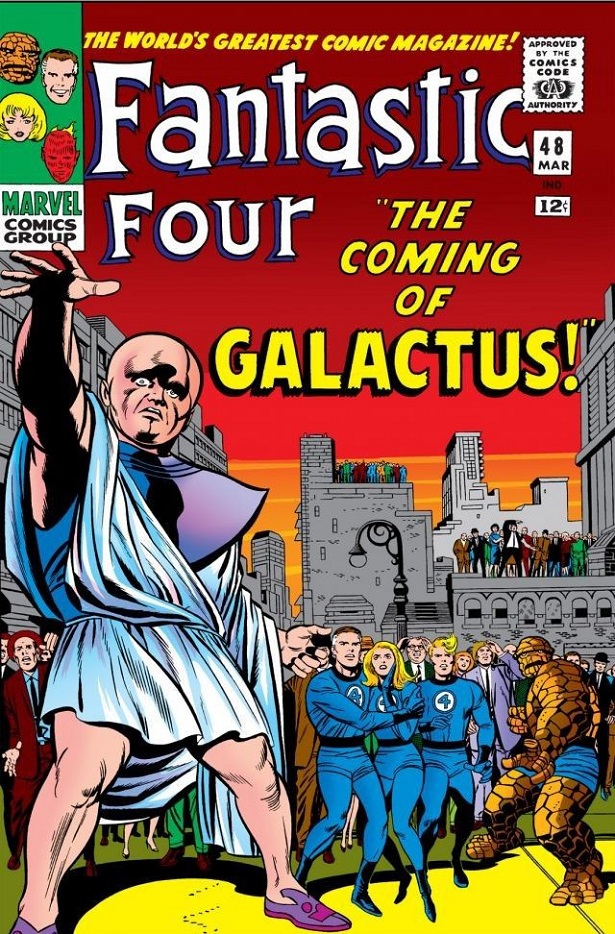 Lee and Kirby kickstarted a strong Fantastic Four tale with this issue, which ran for the next several installments. It changed how long form comic storytelling was told. Issue #48 was about the coming of Galactus and introduced the Silver Surfer. In later years, Stan said Silver Surfer was his favorite character at Marvel.

The biggest solo superhero movie of all time is 2018’s Black Panther, but decades before everyone was saying “Wakanda Forever,” Stan Lee and Jack Kirby introduced T’Challa, the first ever black superhero, in the pages of Fantastic Four. The Panther would bring an amazing world to Marvel, not to mention become one of the most iconic Avengers of all time.Which are your most cherished and remembered Stan Lee stories? Be sure to let us know down below in the comments.