Some say that in modern times, comic book superheroes have become the world’s secular religion. We gather in movie theaters and in front of our televisions to see stories about mutant heroes and alien saviors, the same way the Greeks sat around the campfire listening to tales of Zeus. Well, all good religions need a proper temple, right? These amazing stained-glass works of art featuring iconic superheroes should definitely adorn the windows if someone decides to ever build one. 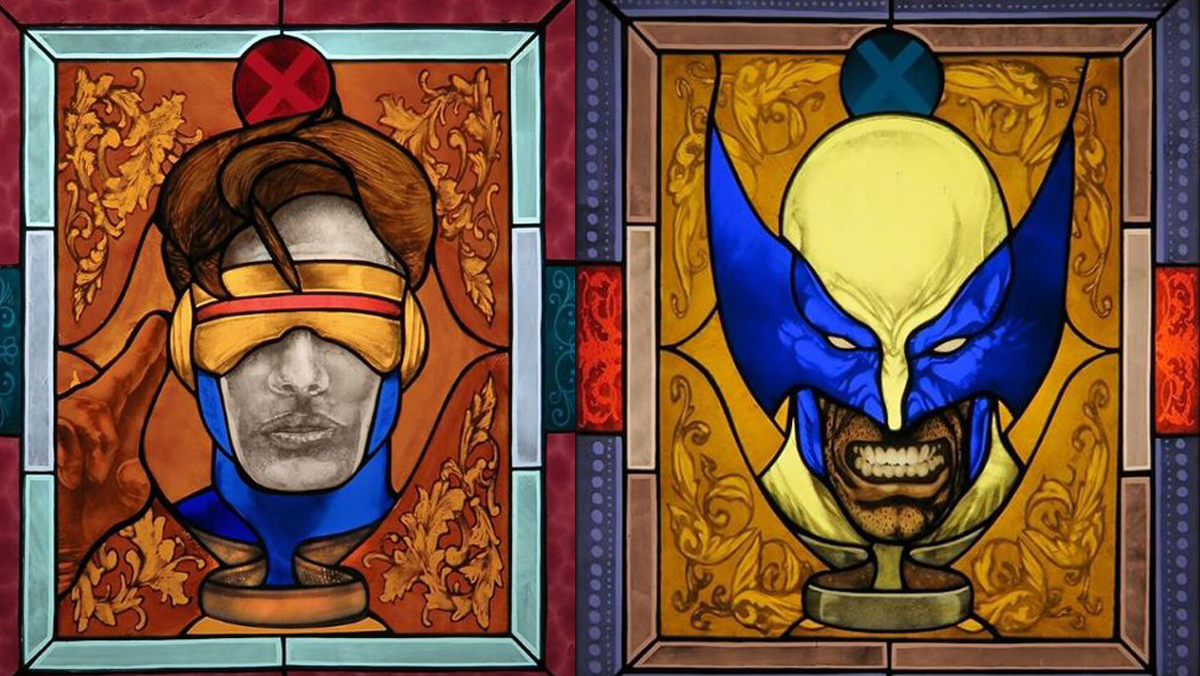 Thanks to Geeks Are Sexy, we’ve discovered the amazing work of artist  Jesse Olwen. Based out of Montreal, Quebec, Olwen makes absolutely stunning stained glass windows of all kinds. All his windows have different themes, which he makes using the the Tiffany style copper foil technique. He has recently turned his attention to creating windows based on classic comic book covers and characters. Olwen has recently posted all of these to his Instagram account.

The first is a recreation of the famous cover to Batman #241 from 1972. It’s one of Neal Adams’ earliest illustrations of the Dark Knight—an image that helped cement the Gothic version of Batman after the campy TV series. This cover image would go on to be used on merchandising for many years.

Another wonderful tribute is Olwen’s recreation of Jim Lee’s X-Men #9 cover from 1992. This is from the book’s peak era of popularity, which would soon lead to the X-Men getting their own Saturday morning cartoon and becoming household names. I mean, it’s Wolverine vs. Ghost Rider. Can it get more ’90s than that??

And another ’90s throwback is this recreation of Todd McFarlane’s cover to Spawn #300. While the cover it is paying tribute to isn’t from the ’90s, it was McFarlane paying homage to an earlier Spider-Man cover of his from that era. One that was from the beginning of his comics career. So I feel safe saying it counts as a ’90s comics tribute.

And finally, Cyclops and Wolverine have never looked more ready for action. All we need is a Jean Grey window to go right between the two of them, finishing comics’ most famous love triangle.

Hopefully, Olwen tackles Superman next. He’s already a Messianic figure. Who better to get their own stained glass window?

To check out more of Olwen’s amazing creations, but sure to head on over to his Instagram account.