Pop culture is full of creepy dolls like Chucky and Annabelle. But so is real life. For every sweet cuddly plaything that fills toy shelves there’s a dead-eyed ceramic monstrosity in an old home. Watching. Waiting. Plotting. The last thing anyone needs is to unexpectedly finding one of those fictional horrors out in the world. Unfortunately that’s exactly what happened to visitors at a South Korean museum. They arrived to find Squid Game‘s giant killer doll standing entry at the doors.

The good news is it did not demand anyone to play “Red Light/Green Light.” The bad news is it might be angry about someone breaking its arm. 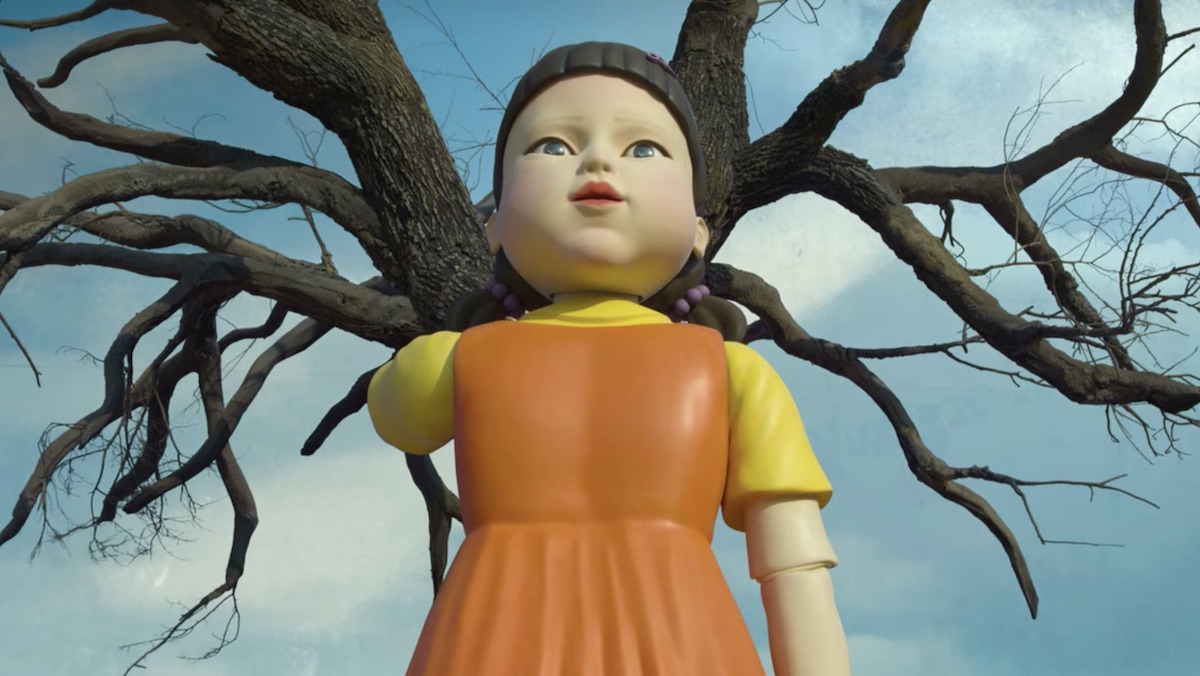 The wildly popular new Netflix series has been scaring audiences across the globe. But it recently found a way to accidentally scare some people in real life. The enormous motion sensor doll that “eliminated” players in the show’s first episode ended up outside the Macha Land horse carriage museum in Jincheon County. The oversized doll’s unlikely journey there (which we first heard about at DesignTAXI) is pretty funny. So long as you didn’t find it staring at you that is.

According to the South Korea’s Hankook Ilbo newspaper, the show asked the museum to store the doll, specifically built for the series. The museum agreed. But there was a misunderstanding over the request. The show’s producers wanted the doll put in storage. Instead the museum put it outside. Where anyone who had seen the show (which now seems to be most people on the planet) could find themselves frozen in real terror.

Unlike the replica doll Netflix intentionally put inside a mall in the Philippines, no one actually wanted this on display. And it has since moved inside and out of sight. Which is really good for all of us everywhere.

The doll lost a hand while being transported. We know what it does to people who lose a game. Imagine what she’d do to those responsible for maiming her. Finding a fictional killer doll in the real world is bad enough. You definitely don’t want to find one seeking vengeance.