Here’s an Easy Way to Carve a Cartoonishly Spooky Pumpkin

It’s time once again to celebrate everything spooky, and, of course, scoop the orange guts out of some pumpkins. To help you do both those things, here’s a new video explaining how to nail a grim DIY Jack-o’-lantern. And while the creepy, glowing face may seem like it requires villainous carving skills, it’s apparently (relatively) easy to make.

Texas-based artist and YouTuber  Bobby Duke created this quick pumpkin-carving DIY. Duke, who goes by Bobby Duke Arts on the ‘Tube, has created countless carving projects similar to this one; albeit with vastly different objects. Duke has, for example, turned a rusty nail into a stunning sword, and transformed a tree trunk into a giant hat.

As for this DIY pumpkin, Duke has clearly scaled back the kind of effort he usually puts into his projects. But Halloween is close, and much of the general population doesn’t have the time to carve a winter squash like a 60,000 psi waterjet anyway. 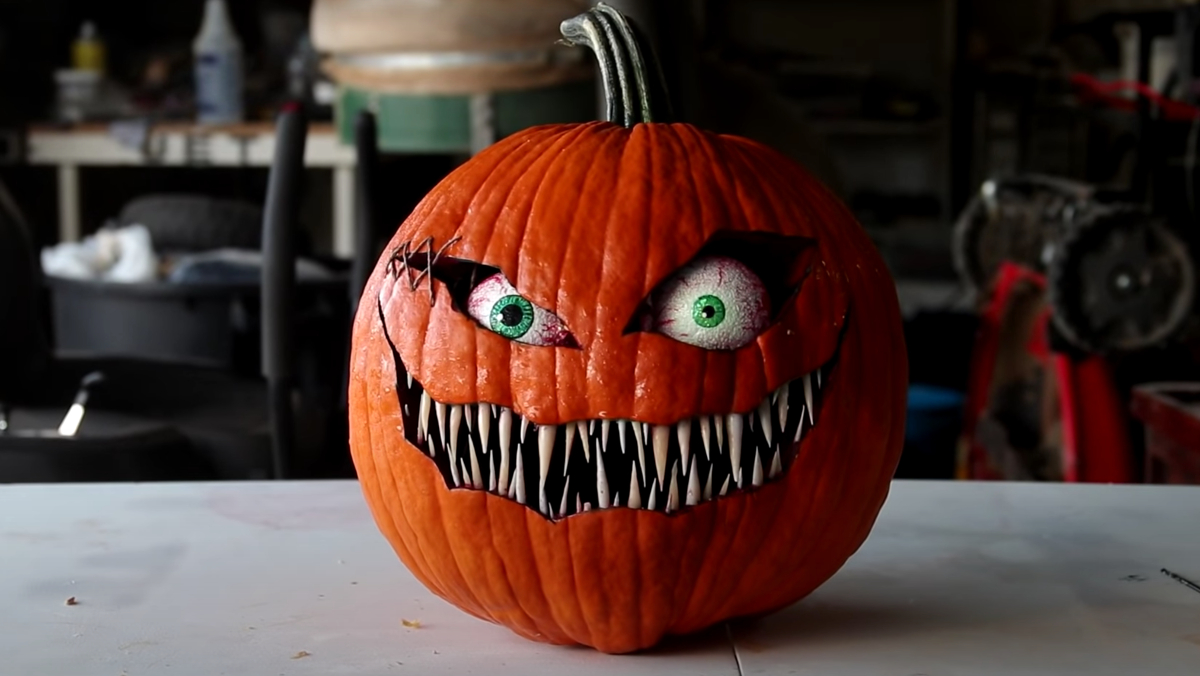 The project, does, however, still require some ancillary materials. Which means doers of this DIY should plan to gather Sharpie marker, oranges, paint, translucent clay, and food coloring. Plus twine for stitches if you want to give your pumpkin the quintessential monster scar.

For those who are now burning with a candle of creativity in their own guts, there are, of course, many other pumpkin-sculpting arts to explore. Even NASA offers its own takes on carving pumpkins from time to time. Although Duke himself probably has the best runner-up for easy, spooky DIY pumpkin. Two years ago, he carved another simple, scary pumpkin, and it has a way different take on the sinister smile. Speaking of which, the Grinch can help to relax anyone stressed by the holiday season with his soothing voice and twisted grin.