This is the question causing the most debate among horror nerds, especially during Halloween season. What is the scariest movie of all time? You’ll often get a variety of answers from true horror geeks, but usually topping the list are classics like The Exorcist or The Texas Chainsaw Massacre. But now, via Forbes, we’ve learned of an actual scientific study called the “Science of Scare Project.” And it’s meant to answer this question once and for all, using actual research.

This study, conducted by Broadband Choices, tracked the heart rates of fifty people of different ages who watched over 100 hours of scary movies. After that exhaustive research, they were able to narrow down a list of what they conclude are the thirty-five most terrifying movies ever made. And the results will probably surprise you. You can see the top thirty-five in the infographic down below:

The study is conducted by fitting a heart rate monitor on participants, and seeing how much their heart rates rise above their resting heart rates during a particular scary movie. And the movie which ranks as scariest is…. Scott Derrickson’s 2012 film Sinister, starring Ethan Hawke. Bet you didn’t think that would be the answer, did ya? During Sinister, that average heart rate of viewers rose to 86 BPM, which is a 32% increase. That was the highest rise in BPM of any movie in the study. 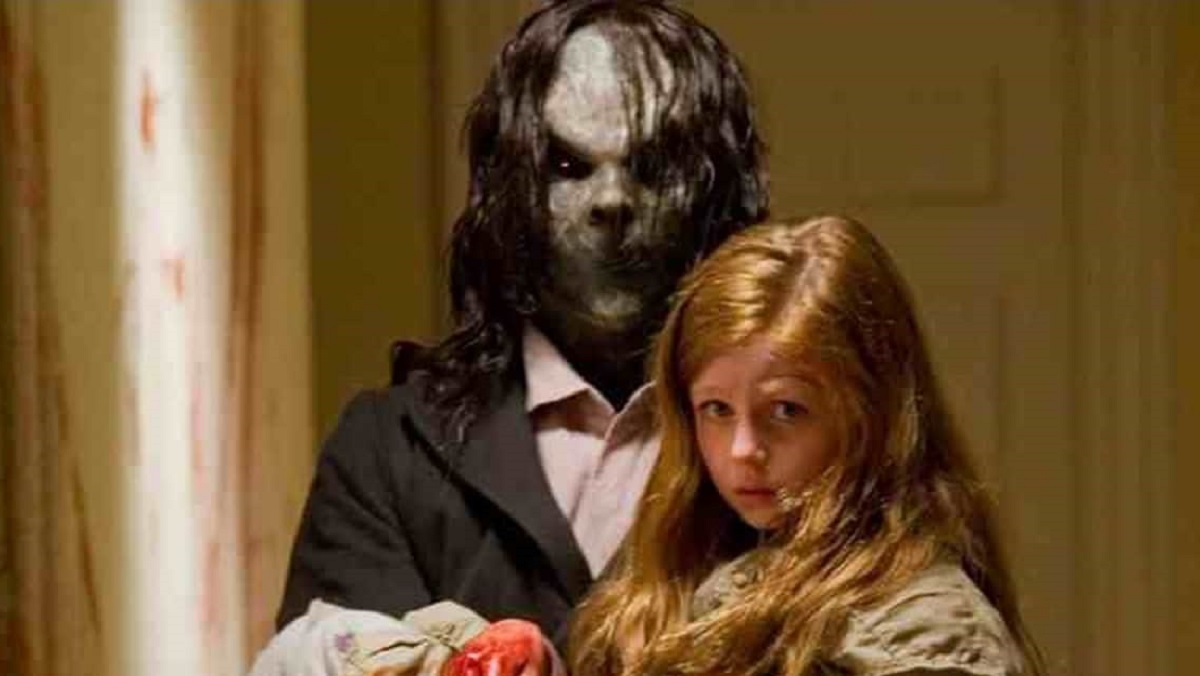 A little bit eyebrow raising is that the entire Top Ten consists of movies from the past decade and a half. Classic horror movies are among the top 30, but much lower than you’d expect. One of the scariest movies of all time, Stanley Kubrick’s The Shining, comes in at only 33! That alone makes us wonder a bit at this ranking, but far be it from us to argue with science.