What do you do when you think someone is pretending to be a health inspector to get free food? Most people would just call city hall, but not Spongebob and Mr. Krabs. They decided to dish out some Bikini Bottom street justice by serving up the most disgusting version of a Krabby Patty ever made. It was vile and it was hideous. It was also poisonous and almost killed the actual health inspector who ate it. But we would be willing to try this totally edible version inspired by it. Because someone made a real-life version of SpongeBob Squarepants‘ Nasty Patty.

And while it might not look good, it sounds tasty.

T.T I tried my best to replicate an edible and tasty verison https://t.co/Lme6zo0T7W

Danny Jay Do posted his take on the Nasty Patty (which we first saw at Foodbeast) to his Facebook page. It only looks like the version SpongeBob and Mr. Krabs almost killed the health inspector with. They used a regular Krabby Patty and added Volcano hot sauce, disgusting Seahorse radish (“the gnarliest stuff in the ocean”), and toenail clippings. They then dropped it into the toilet and dried it with old gym socks. 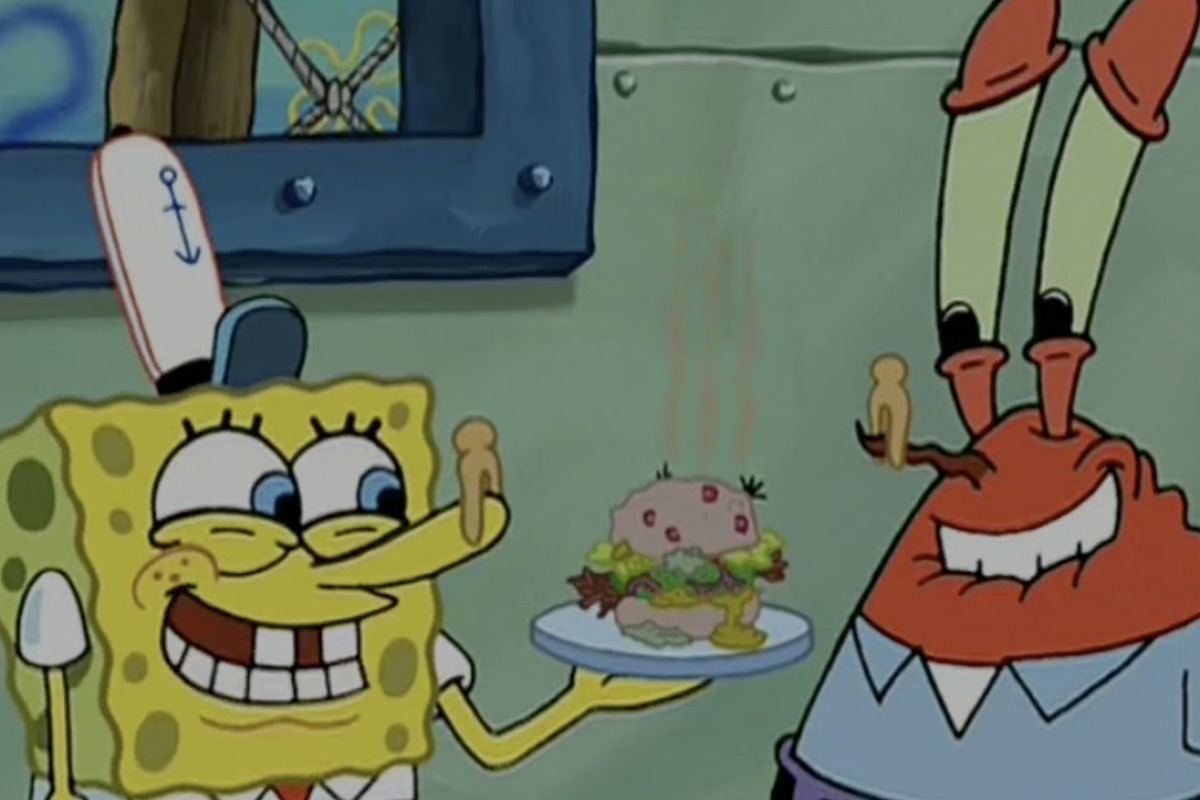 It’s a turkey burger encrusted with pea snap crumbs, covered with a goat cheese aoili, a pea and turkey gravy, and Swiss chard veins and leaf. And the whole thing rests on a homemade cranberry brioche bun.

It really does look like a Nasty Patty. Fortunately it doesn’t taste like one. Jo says, “HOLY F*[email protected]%#:& this is amazing LOL like, my God, this taste so good.” Sounds like he likes it.

Plus it won’t almost kill you or get your restaurant shutdown. And really, any version that doesn’t end with you burying someone to hid your crimes is an improvement on the original Nasty Patty.