It feels like it’s been ten years since we first learned that Chris Rock was rebooting the Saw franchise. That’s what happens when a fast-tracked movie’s release is delayed by a once-a-century pandemic. When we first heard the news of the project, the whole thing sounded weird. Chris Rock, one of the funniest comedians in the world, was going to star in his original idea for a new Saw movie? It doesn’t seem so weird anymore though, not after the film’s latest trailer. Not only does Spiral: From the Book of Saw look great, it is far more timely than we expected. While a Jigsaw copycat killer is on the loose, it’s the police department that is under investigation.

“A criminal mastermind unleashes a twisted form of justice in Spiral, the terrifying new chapter from the book of Saw. Working in the shadow of his father, an esteemed police veteran (Samuel L. Jackson), brash Detective Ezekiel ‘Zeke’ Banks (Chris Rock) and his rookie partner (Max Minghella) take charge of a grisly investigation into murders that are eerily reminiscent of the city’s gruesome past. Unwittingly entrapped in a deepening mystery, Zeke finds himself at the center of the killer’s morbid game.”

After how all of those previous Jigsaw “games” ended, wouldn’t you resign rather than investigate them? “No thanks, Chief. Here’s my gun and badge. Good luck.” That wouldn’t make for a very interesting movie, of course. And that’s exactly what it looks like Rock has created. This looks unsettling, interesting, and like a true Saw movie. The police have played a major role in the franchise, both as victims and perpetrators. Spiral looks like it will fully turn the lens on the department, in a film that has a chance to explore major real world issues. 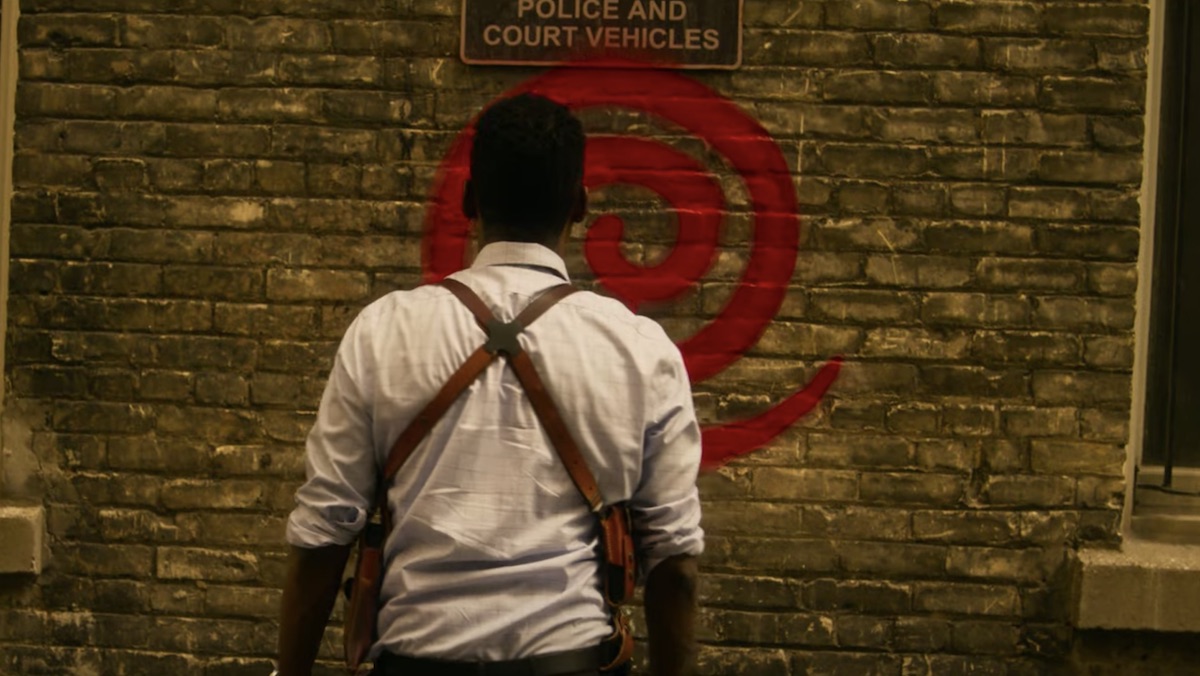 For a film that sounded strange when we first heard about all those many years ago, now we can’t wait to see it.

Directed by Darren Lynn Bousman, and written by Josh Stolberg and Pete Goldfinger, Spiral: From the Book of Saw comes to theaters May 14.