The Comic Book History of Spider-Woman

Unlike many of her heroic Marvel counterparts, Jessica Drew, the original Spider-Woman, doesn’t have the kind of origin story one can summarize in just a few sentences. Her backstory is, to put it mildly, somewhat complicated. And it will be interesting to see if any of her upcoming big-screen adaptations—both animated and live-action—deviate from the source material for something more digestible.

As we wait for Jessica Drew to make her grand cinematic entrance, let’s take a deep dive into her bizarre backstory. For Jessica, it began with 1977’s Marvel Spotlight #32, which gave us Spider-Woman’s complicated origin story. Or, at least, the first version of her origin story. 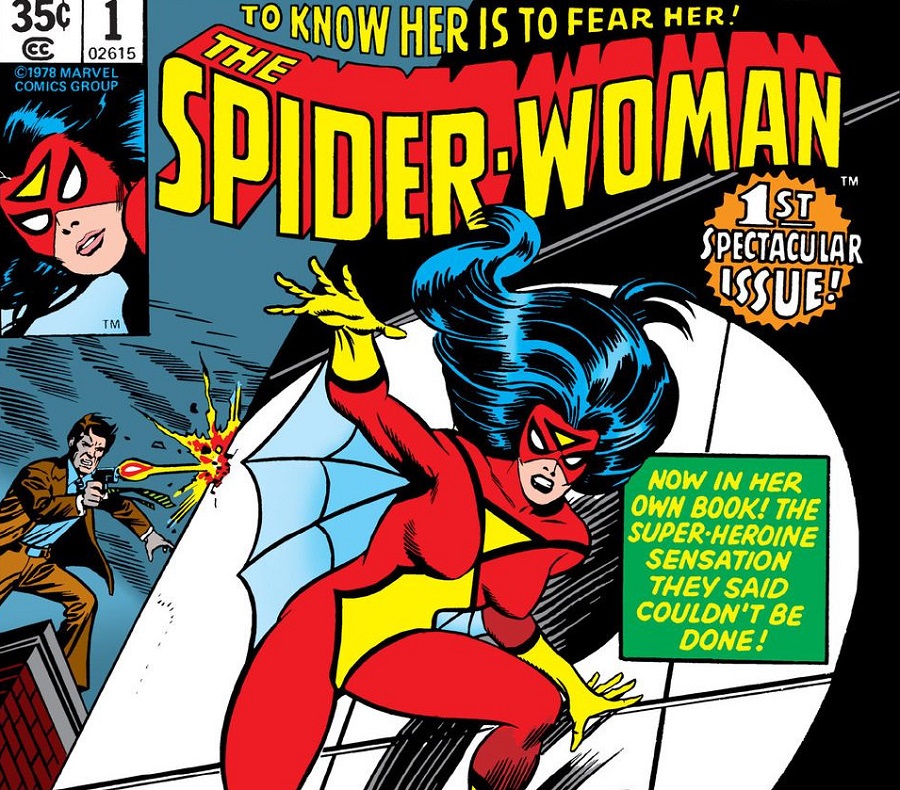 Jessica Drew is actually way older than any Marvel hero not named Steve Rogers. She was born in 1924 to scientist Jonathan Drew and his wife Miriam. As a very young child, Jessica Drew traveled with her parents to Mount Wundagore, in the small Balkan nation of Transia. This locale was also central to the comic book origins of Scarlet Witch and Quicksilver. Her father conducted genetics research at Mount Wundagore with Dr. Herbert Wyndham, who would later become the villainous High Evolutionary. 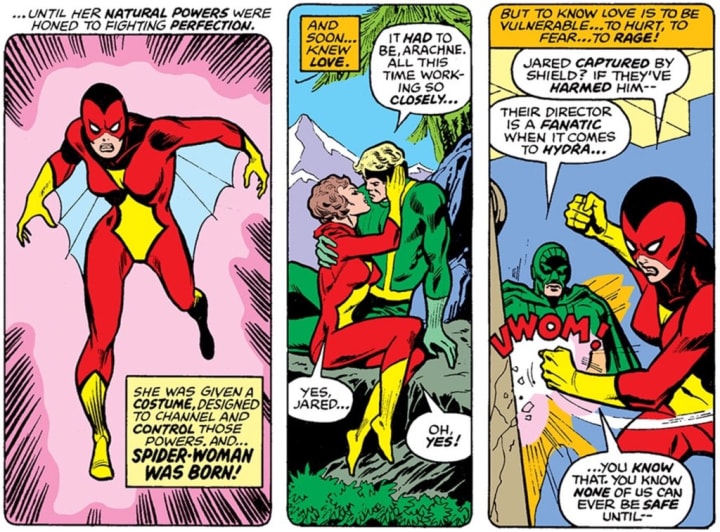 At the age of seven, Jessica contracted a deadly case of uranium poisoning after exposure to her father’s experiments. In an effort to save her life, her father and Dr. Wyndham injected her with an experimental spider-derived serum, one which would only work with years of hibernation in a genetic accelerator. After spending decades in a slow-growing form of hibernation, she received subliminal education through specially designed recordings. She finally woke up decades later, fully cured, but now physically a teenager. She also had superpowers, thanks to the spider-serum and the effects of her stasis.

However, that might not be the origin of her powers. Later Marvel comics from the 2000s, like Brian Michael Bendis’ Spider-Woman: Origin reveal that Jessica received her powers differently. In the Bendis retcon, Jessica gained her powers when a laser beam hits her pregnant mother Miriam in the torso. This beam contained the DNA traits of several different species of spiders, thus altering the fetus’s DNA. It’s unclear which version of the origin of her powers is officially the current Marvel canon.

A Different Set of Powers than Peter Parker 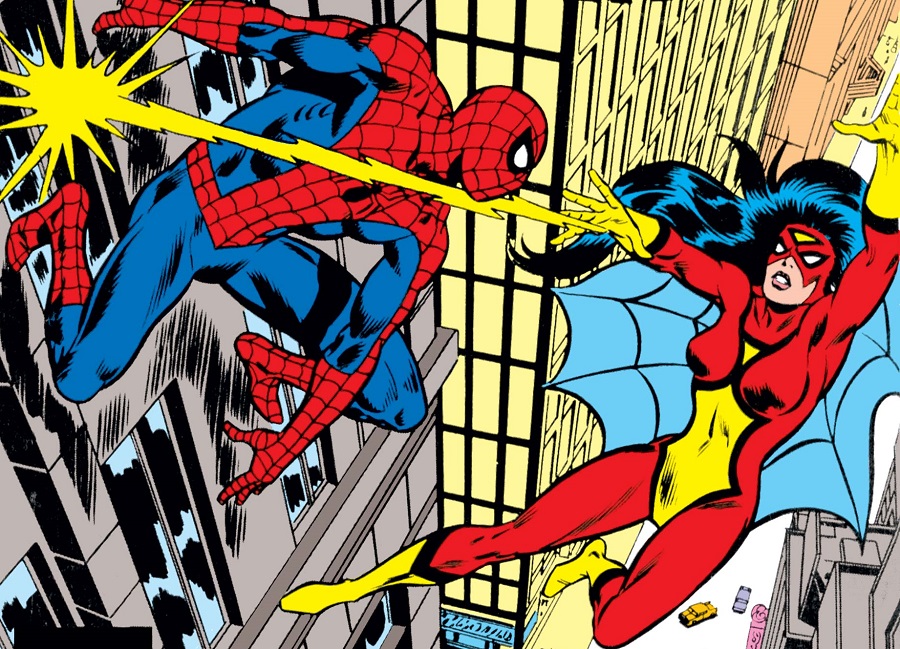 Regardless of how she got her powers, her power set has remained consistent over the years. Jessica has super strength, superhuman speed, stamina, agility, and reflexes. She doesn’t have a healing factor like her good friend Wolverine per se, but she does heal more rapidly than a normal human. She emits bio-electrical “venom blasts,” and emits pheromones that can both attract and repel people. Like her male counterpart, Spider-Man, she can attach herself to surfaces and climb on walls. So they have that in common at least.

Life as a Hydra and S.H.I.E.L.D. Double Agent

With no family and now living in a strange time, Jessica left Wundagore and tried to have a normal life. But after accidentally killing her boyfriend with her new powers, she fell under the sway of Count Otto Vermis, a high-ranking member of Hydra. Vermis brainwashed Jessica into believing she wasn’t human, but a spider evolved into a human form. He trained her to be Hydra’s most skilled assassin and gave her the name Arachne. She’s trained in hand-to-hand combat by none other than the Taskmaster. 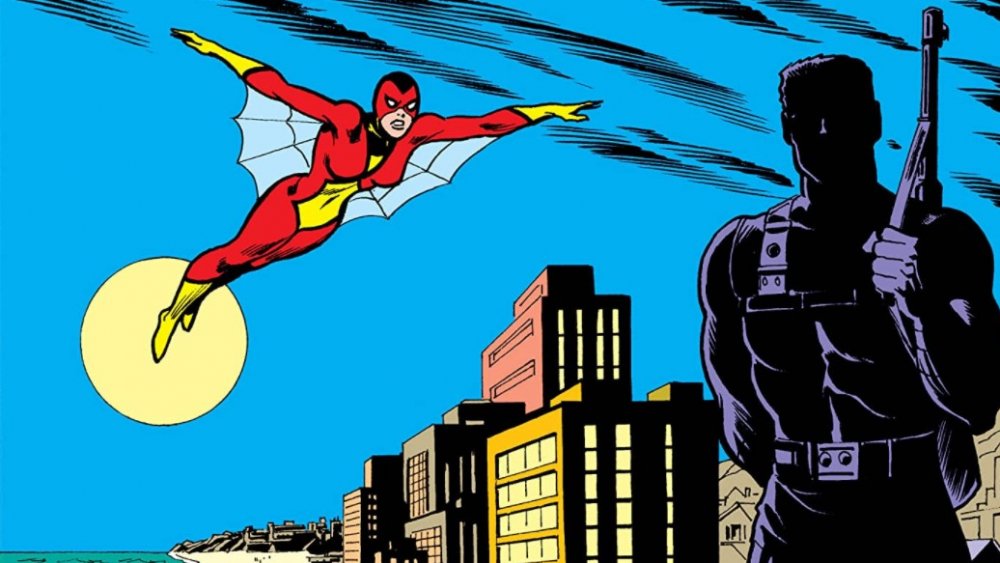 One of her first missions was to kill S.H.I.E.L.D. director Nick Fury. While attempting to kill him, the super-spy informed Jessica of the truth: Hydra was a terrorist organization, and they had brainwashed her in a vulnerable state to become their tool of destruction. They even lied to her about accidentally killing a man. Devastated upon learning the truth, Jessica Drew abandoned Hydra, and joined Fury as an agent of S.H.I.E.LD. Eventually, she decides to leave the life of being a secret agent behind and becomes a full-time superhero. 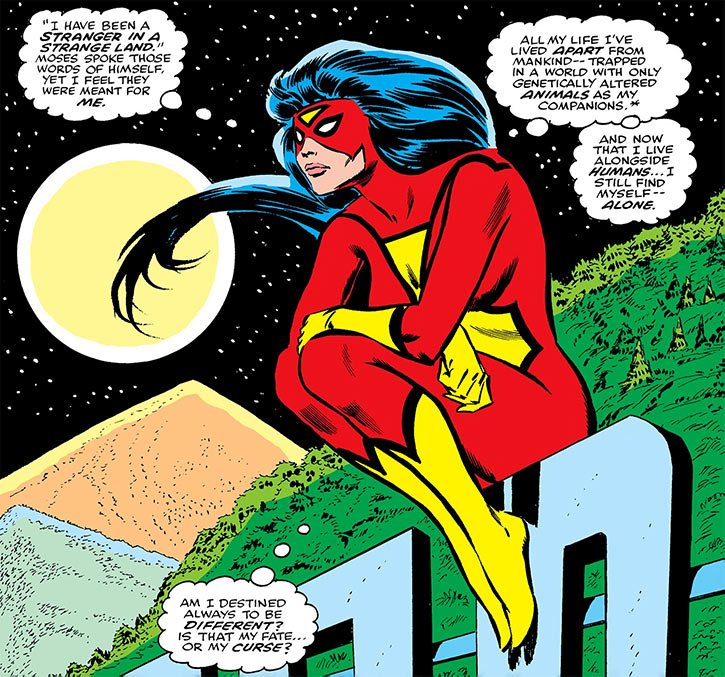 Spider-Woman moves around the globe for years. First, she works out of London, where she partners with a S.H.I.E.L.D. agent and Scotland Yard detective named Jerry Hunt. When that romantic and working partnership dissolves, she moves to Los Angeles. There, she becomes a super-powered bounty hunter. Later, she moved to San Francisco, where she works as a private investigator. After a battle with the ancient witch Morgan le Fay, Jessica loses her powers. She continues to lead the life of a P.I., only this time in the dangerous island nation of Madripoor. 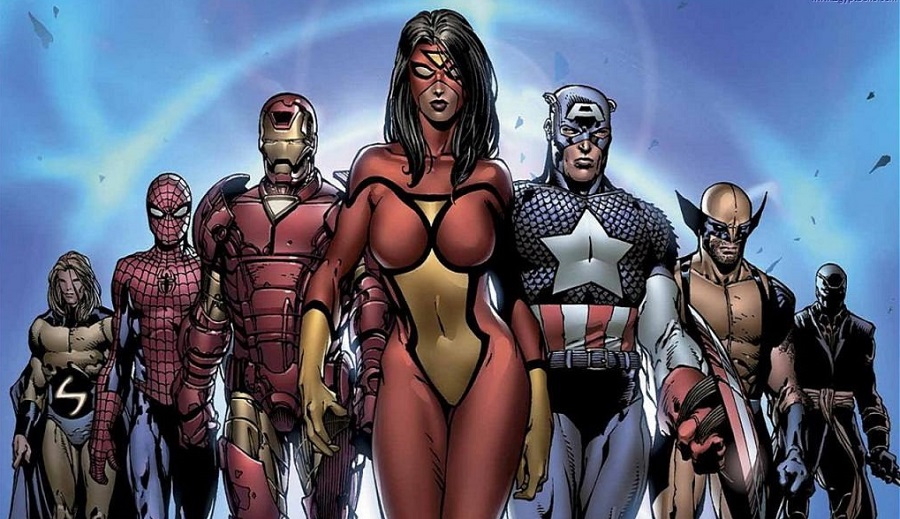 Things start to somehow get more complicated for Jessica at this point. She is approached by Hydra agents who offer her a chance to restore her powers. But only if she rejoins them and infiltrates S.H.I.E.L.D. as a double agent. She goes to Nick Fury, informing him that she is taking the offer but will secretly be loyal to him. Unbeknownst to either of them, these Hydra agents are actually Skrulls. The alien shapeshifters then place Jessica in stasis, and the Skrull Queen Veranke replaces Jessica to the world at large. She joins the Avengers, and infiltrates the superhero community from within. 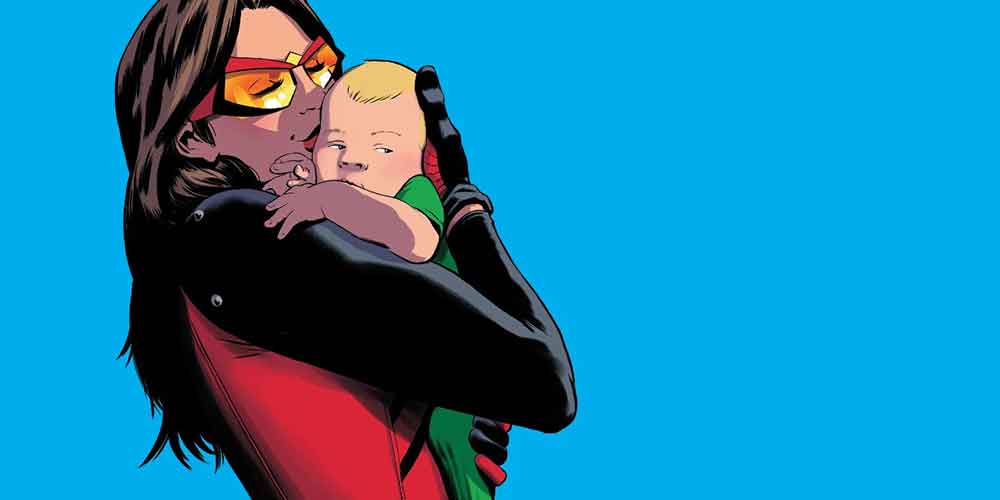 After the events of Secret Invasion, the Skrulls are defeated, and the real Jessica Drew returns. Feeling she has nowhere left to go, she joins the Avengers for real. She has adventures with several different iterations of the Avengers, establishing herself as a stalwart member of the team. She also gets pulled into several adventures with Spider-Man and other arachnid-powered heroes, forging a bond with them as well. More recently, Jessica Drew became a single mom, giving birth to a son named Gerry. Little Gerry Drew inherited all of his mother’s powers, and now Jessica has to contend with a toddler who can crawl on walls and has super strength.

So which version of Jessica Drew are we seeing onscreen? Well, we imagine the Into the Spider-Verse sequel will focus on her relationship to the other arachnid-powered heroes. Meanwhile, if the Olivia Wilde-directed Spider-Woman film is set in the MCU, as rumors suggest, then maybe we will see the ties between Hydra and Nick Fury explored more. And with Secret Invasion coming up on Disney+, we might even see her connections to the Skrulls. When it comes to Spider-Woman, her different connections to the MCU are all primed to provide cinematic fodder for years.