The upcoming Spider-Man: Miles Morales spinoff for PlayStation 5 has everybody excited to swing around New York again. Jessica Kovalick, who goes by the handle @directedbyrian on Twitter, has put together an absolutely perfect mashup video featuring footage from the game alongside the epic climax of 2018’s Spider-Man: Into the Spider-Verse. “So I put ‘What’s Up Danger’ on the Miles Morales Spider-Man game footage,” Kovalick said.

so i put what's up danger on the miles morales spider-man game footage pic.twitter.com/rejNrSYpSo

The incredible song from Black Caviar and Blackway comes at an uplifting point in the film. Listening to it makes you feel like you can soar along with Miles. We can’t help but feel that seeing the music combined with the upcoming game.

Phil Lord, writer-producer of Into the Spider-Verse, shared the video on Twitter, saying: “Unreal. Thank you, Jessica!” His retweet is but one of almost 14,000. The fan edit has been “liked” about 35,000 times as of this writing.

In Kovalick’s minute-long “What’s Up Danger” edit, video game Miles’ hand cuts to the iconic Spider-Verse scene where a suited-up Morales kicks off of a building, trailing shattered glass, and making a slow-motion descent into the city below. At the verse beginning “Traveled two hundred miles, I’m knockin’ at your door,” the video cuts back to footage from the upcoming Miles Morales game—Spidey hurtling through the streets. 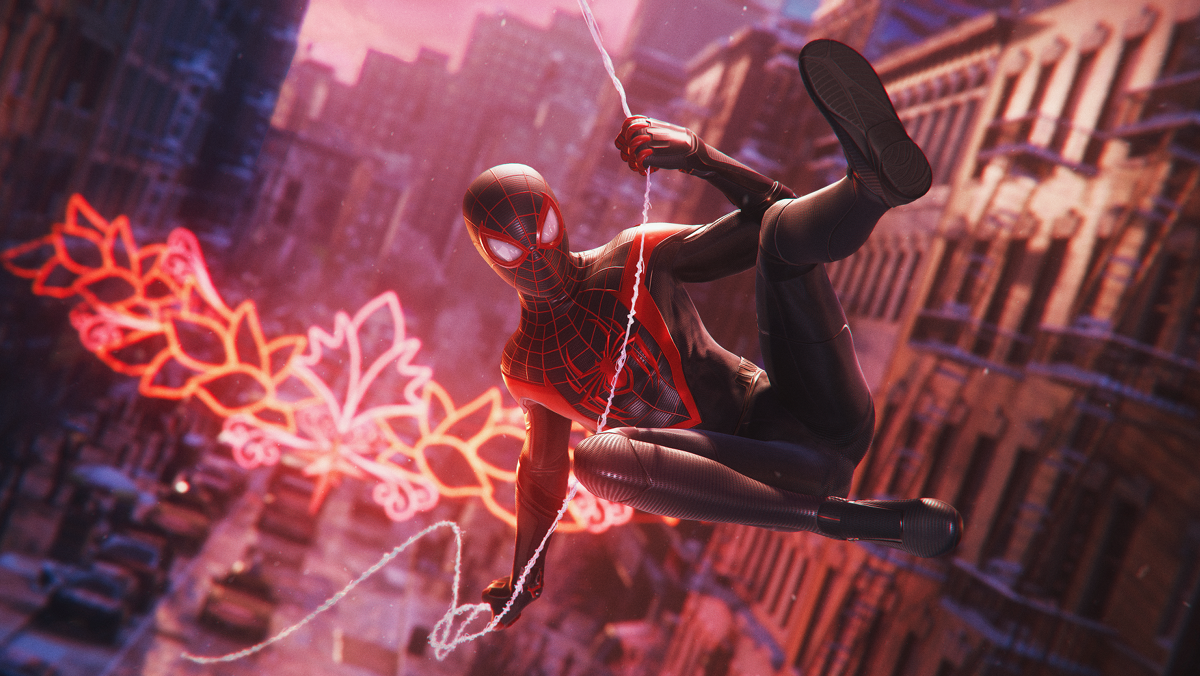 Kovalick’s tweets have a tendency to do numbers. The New Jerseyan made waves back in April, when Lord of the Rings actor Elijah Wood showed up on her Animal Crossing island to sell turnips. She subsequently made an appearance on the Animal Talking talk show with Rogue One co-writer Gary Whitta, Wood, Danny Trejo (Breaking Bad, Heat), and Greg Grunberg (The Rise of Skywalker).

Sony announced the Miles Morales sequel to 2018’s Spider-Man during their E3-style press conference on Thursday. Miles’ inclusion as a playable character was a pleasant surprise in the earlier game’s main story, which ended with him telling Peter Parker about his own strange new, spider-like abilities.

First day on the job! pic.twitter.com/qfqcCAi9wF

Judging by a tweet from Sony Imageworks animator Nick Kondo, the sequel to Into the Spider-Verse went into production around June 8. It’s set to hit theaters in October 2022.