Insomniac and Sony just announced Spider-Man: Miles Morales for the PlayStation 5. This sequel from the makers of 2018’s Spider-Man will arrive alongside the holiday 2020 launch of the PS5 console. Miles is, of course, a playable side character from the 2018 game as well as one of the most popular Spidey characters from the Marvel comic-book universe. Morales also starred in the highly acclaimed animated feature Spider-Man: Into the Spider-Verse.

Evan Narcisse—a former io9 writer who penned the 2018 comic series Rise of the Black Panther for Marvel—is contributing to the project. “Y’all,” he wrote in a tweet on Thursday, “I’m so proud to say that I’ve been working with the extremely talented folks at Insomniac Games on this.” Mary Kenney, an Insomniac staffer and former lead writer on Telltale’s The Walking Dead, also worked on the upcoming Miles Morales title.

**deep breath** y'all... I'm so proud to say that I've been working with the extremely talented folks at @insomniacgames on this game https://t.co/wWOYoTZXB3

The 2018 Spider-Man for PS4 is among the best licensed superhero games ever made. While its story plays things a bit too safe at times, the traversal system is in a league all its own. With the new PS5 tech behind it, and Miles’s character at the center, this sequel’s sure to be a highlight of the console-launch season. 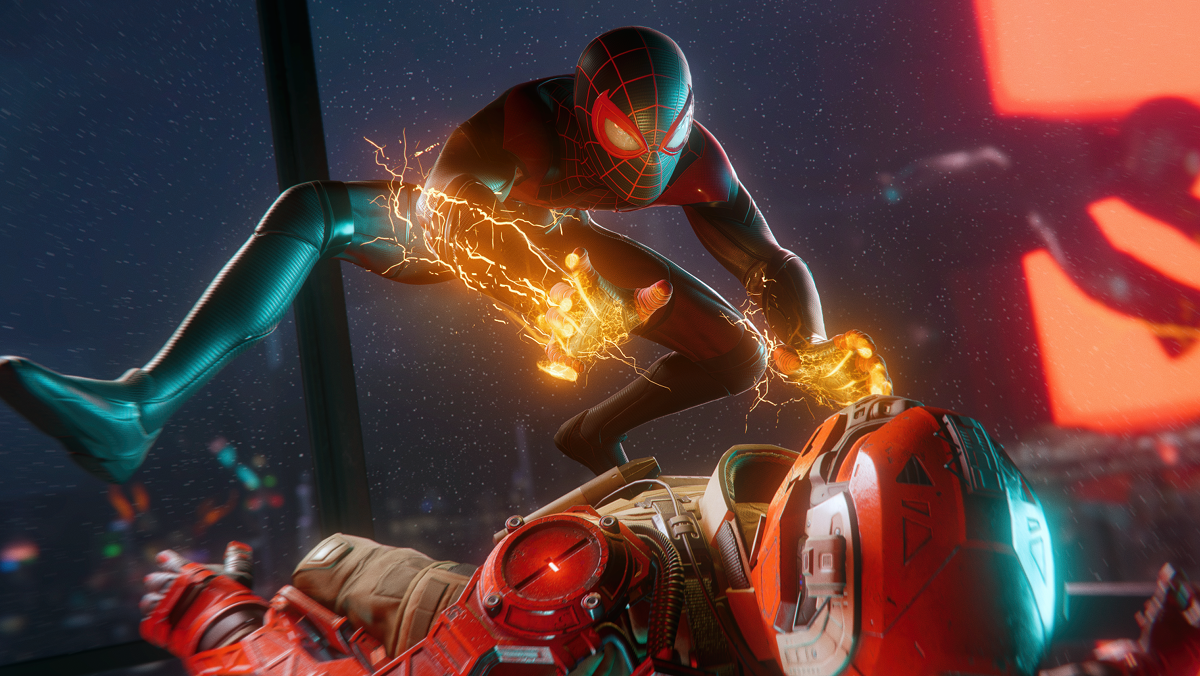 Sony held its big PlayStation press conference on Thursday, June 11, to showcase the next-gen PS5 console and its slate of upcoming games. After skipping E3 2019 and announcing its plans to sit out of what would have been this year’s E3, as well, the company’s virtual briefing represents the culmination of two years’ worth of anticipation. The pre-taped broadcast commenced at 1 p.m. Pacific time on PlayStation’s Twitch and YouTube channels.

“We will build upon our global events strategy in 2020 by participating in hundreds of consumer events across the globe,” a Sony spokesperson said back in January. “Our focus is on making sure fans feel part of the PlayStation family and have access to play their favorite content. We have a fantastic lineup of titles coming to PlayStation 4, and with the upcoming launch of PlayStation 5, we are truly looking forward to a year of celebration with our fans.”