The SPACE JAM Website Gets an Update After 20 Plus Years

It happened to Rome, it happened to Atlantis. And since the human race maintains a tradition of learning very little from history, we were so bold and brazen as to believe it could never happen to our generation’s paragon of might. But alas, our hubris be damned, the Space Jam website too has fallen.

Or, more accurately, updated… which totally defeats the appeal. See, the Space Jam website has remained intact and untouched since its launch in 1996. At this point, the site was par for the course of the contemporaneous internet aesthetic. But as time gave way to technological advancements (and a crescendo of sarcasm), all corners of the web began to look and vibe differently. Except one: 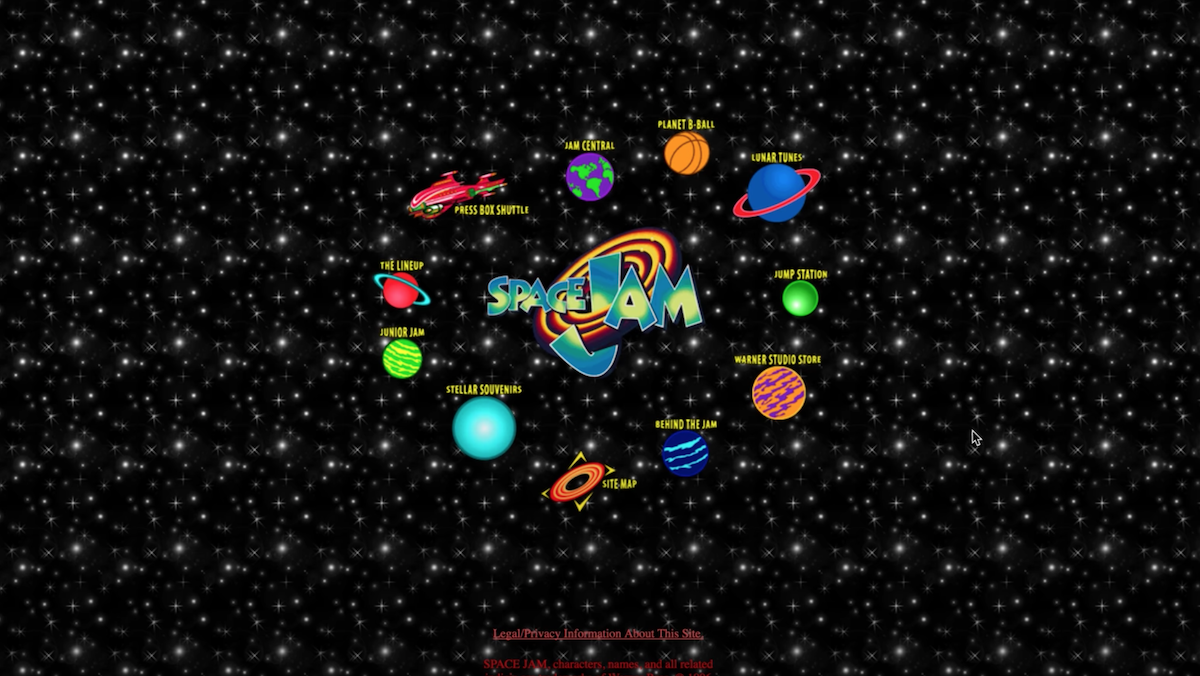 It would take a bit of time for the Space Jam website to reclaim—or claim for the first time—any kind of remarkability. It was around the dawn of the 2010s when the site nabbed notice for its charmingly out-of-date physique. The website became the subject of memes, jokes (i.e., memes you just kind of say), and even articles in publications like Tech Crunch and Rolling Stone. It was a golden era.

In hindsight, we should have predicted the worst when we first heard the news of a Space Jam sequel. Ultimately, Warner Bros opted to update the longstanding relic to advertise the new film. Tradition be damned, it now looks more or less like an actual website from this century. Take a look, if you’re emotionally ready.

Technically, the WB hasn’t lain waste to the old favorite. A clickable icon in the top right corner of the new site redirects to the old Space Jam “hub.” But given its reposition as a cheeky sideshow, a visit to the site feels different. Less like exploring ancient ruins; more like popping into a modern day bar dolled up to mimic a 1920s speakeasy.

Such is the nature of time. We see our empires fall and give way to new. And that is natural, and we must accept it. But don’t let it be forgot, that once there was a spot, for one brief shining moment that was known as SpaceJam.com.