HAMILTON and SPACE JAM's Soundtracks Team Up for 'Slamilton' - Nerdist

HAMILTON and SPACE JAM’s Soundtracks Team Up for ‘Slamilton’

Lin-Manuel Miranda’s Broadway smash Hamilton is as big as ever. Disney+’s live recording of the stage show breathed new life into a phenomenon that never went away. We’re also about to get a long-awaited sequel to Space Jam soon. LeBron James will star as the latest NBA megastar tasked with saving humanity. Those two things do not seem to be related in anyway because they are not. Hamilton and Space Jam could not be more different. So why then did someone take the time to make an entire album-length mashup of both soundtracks? A musical endeavor that has no business being nearly as good as it is?

We only have one theory, but it’s a good one. They came up with the name first and worked backwards. Because there’s no denying Slamilton is a slam dunk title.

The YouTube channel Psynwav has combined the original Space Jam soundtrack with Hamilton songs. (Which we first came across at Digg.) It starts with a totally silly, totally banging opener. As Space Jam‘s memorable theme—the one that goes: “Everybody get up/It’s time to slam now/We got a real jam going down/Welcome to the Space Jam!”—meets “Alexander Hamilton.” The result is a song that perfectly captures how entertaining this 48-minute full album really is.

We’re also partial to the combination of Seal’s “I Believe I Can Fly” with Hamilton‘s “You’ll Be Back.” The result is “I Believe You’ll Be Back.” But trust us, these are not just a bunch of great titles. The songs are so much better than they need to be. They even include original vocals so they are lyrically coherent. 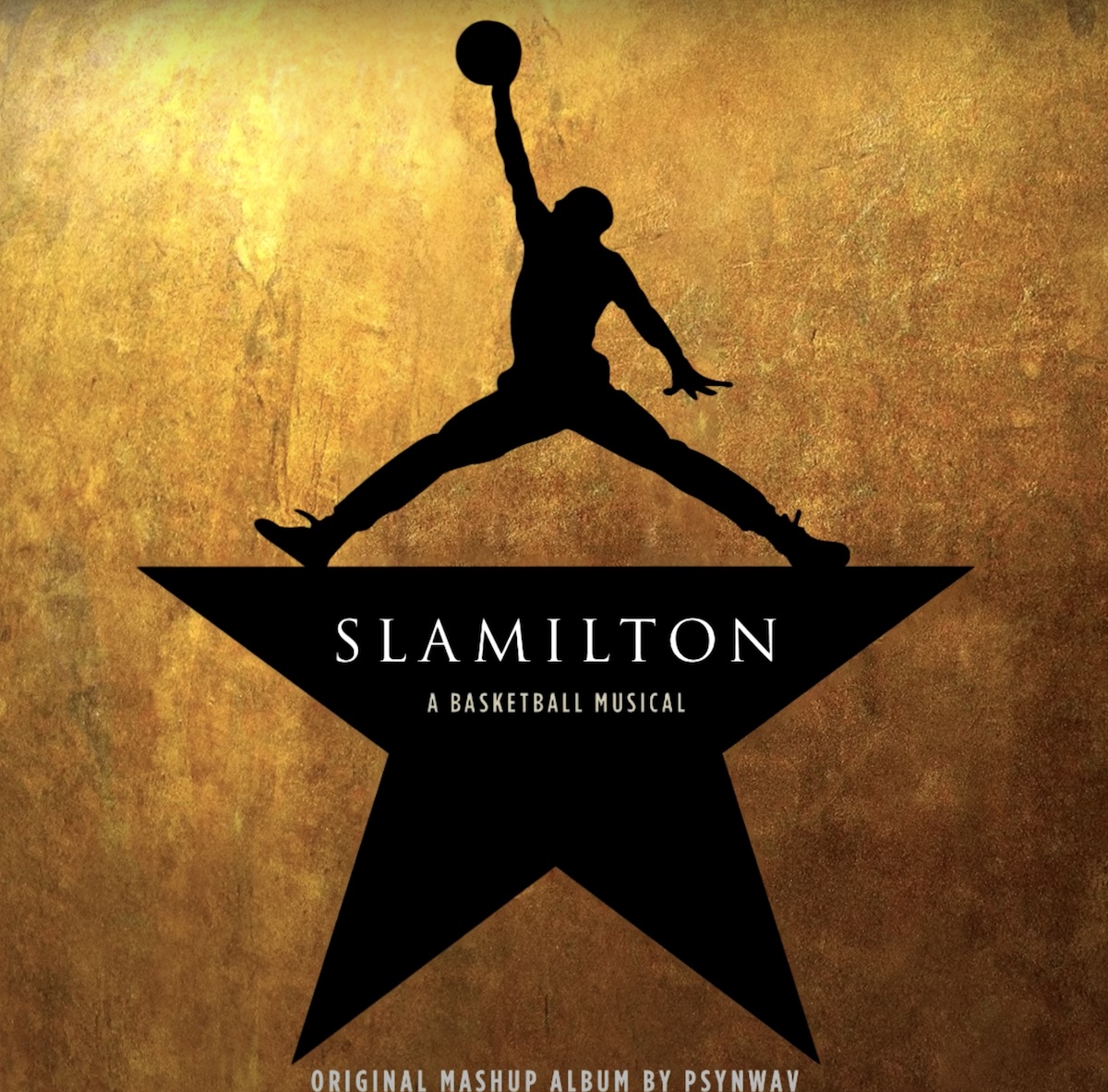 You can find the full track list with the video. Definitely make sure to read every song’s official title. But we also recommend just putting it on and enjoying the whole thing. This album lives up to its wonderful Slamilton name.

By the time you get to the concluding track, “Who Slams, Who Jams, Who Tells Your Story,” you’re going to want to watch both Hamilton and Space Jam. And you’re never again going to think they aren’t related.