Jason Sudeikis Leads Star-Studded 'What Up with That?' SNL Sketch - Nerdist

Jason Sudeikis Leads Star-Studded ‘What Up with That?’ SNL Sketch

“What Up with That?” on Saturday Night Live might be the most repetitive sketch in show history. Yes, even more repetitive than Ron Schneider’s Richmeister. And yet, the premise is so strong, the performances so committed, and the joke so funny that it still works after 12 years. (Yeah, 12 years. The sketch debuted in 2009.) But “What Up with That?” is at it’s absolute best when it also features two of its original stars. Like it did on the most recent SNL. Because host Jason Sudeikis returned to play everyone’s favorite red track suit wearing dancer. And Fred Armisen was alongside him to rock out with his saxophone.

The sketch doesn’t get better than that. But adding Oscar Isaac dressed like a pirate doesn’t hurt either.

Much like Keenan Thompson himself, Diondre Cole is still going strong on Saturday Night Live. Everyone’s easily-distracted, musically-inclined talk show host held a special Halloween episode. It featured the Dune star, rocking only essential parts of a pirate costume, as well as Emily Ratajkowski and Succession‘s Nicholas Braun. Don’t be disappointed Bill Hader wasn’t around to play Lindsey Buckingham, though. His absence made for a perfect joke with the overmatched Cousin Greg. Diondre believed he was simply Lindsey in an amazing costume.

But the sketch, which also featured roughly half the cast, belonged to the host and returning SNL alum. Sudeikis committed to once again playing Vance, the enthusiastic “What Up with That?” dancer. As always, the Ted Lasso star quite literally leapt—many times—at the chance to show off his moves. Which has always been a crucial part of the silly sketch. It’s so dumb, so silly, and so impossibly funny. 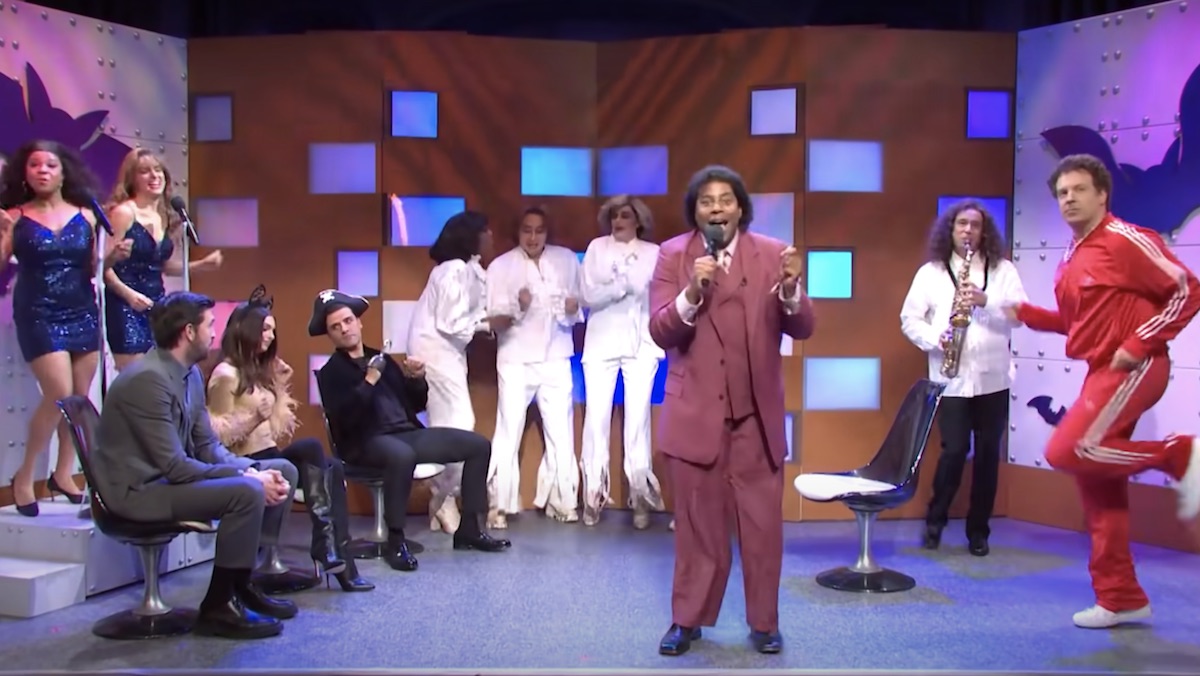 No matter how many times we see him jump into frame to do the running man we laugh. Like the sketch itself, it always has been and always will be funny.

Well, as long as Vance’s knees keep holding up. After 12 years and all that dancing we know what’s up with them.