There is so much potential in Snake Eyes: GI Joe Origins. Henry Golding is a fantastic leading man, and co-star Andrew Koji matches him beat by beat. At times, even outshining the leading man throughout the film. But due to a plot rife with ’80s tropes, laughable dialog, and terrible camera work that ruined some action sequences, it falls woefully short. 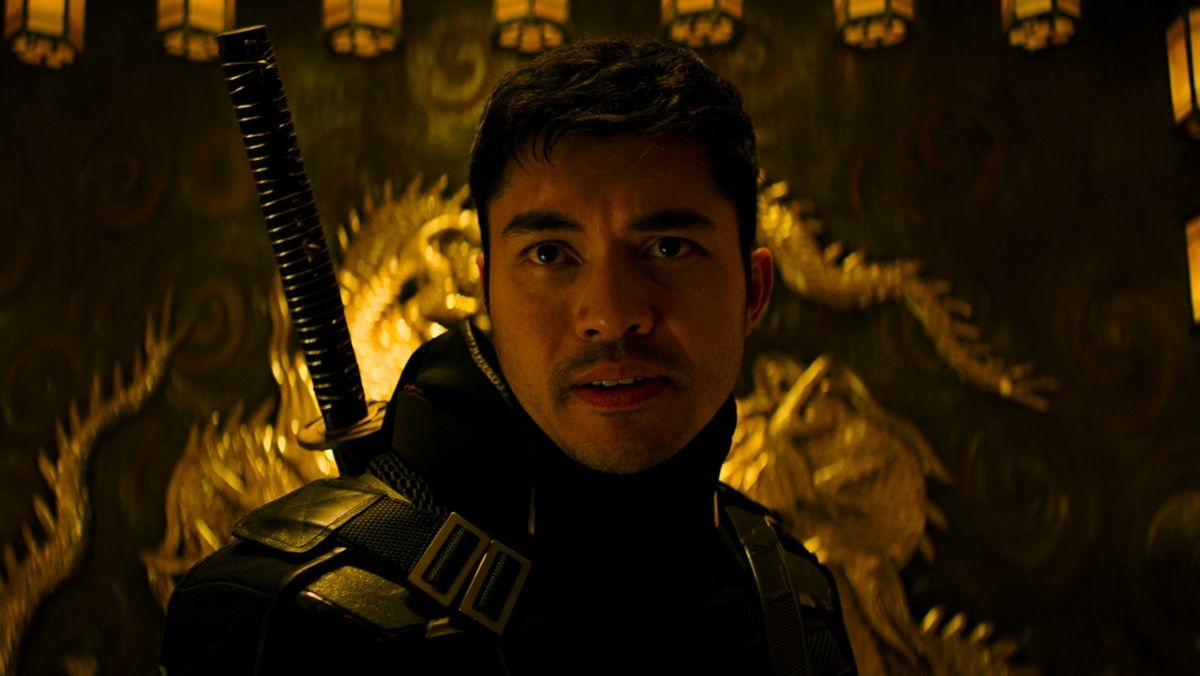 The film opens with the origin of how Snake Eyes got his name. It turns out he has no other actual name. His father had been keeping some secrets, including their true identities, from him. Now, someone was after them, and they were closing in quickly. In a traumatic moment, a man rolls a pair of dice “snake eyes” and then murders his father, which he hears in the distance.

On the run for most of his life, ‘Snake,’ as those who know him call him, lives life as a loner. He works at a fish market and only has one goal: to get revenge on the man who killed his father. Through a series of events, he winds up saving the heir of an ancient Japanese clan called the Arashikage. He earns the clan’s trust, but Snake, ultimately, only cares about one thing. His only mission in life is to find the identity of the man who killed his father and get his revenge. And he will do anything, even risk death, to get it.

It’s not that Snake Eyes is a bad movie, per se; it’s just that it’s not a good one. Yes, it’s entertaining, for the most part, but the horribly cliched script by co-writers Evan Spiliotopoulos, Joe Shrapnel,  and Anna Waterhouse is just unsalvageable. There were moments of dialog that you know were meant to hit a little harder, but instead, it elicits laughter. The cast does what they can with the script, and that truly took some talent. Unfortunately, it truly feels like this was written in the ’80s, and it’s just as predictable. Sometimes I laughed because it was so silly (cause it is!).

What does stand out is the action and stunt choreography, that is, when you can actually see it. I am not sure what director Robert Schwentke was thinking when he planned these shots. The handheld cam can sometimes be a great addition to action films — if you know how to do it. But, alas, Schwentke seemed lost there. The shaky cam, added with some hyper-speed effects, buries the beautiful stunt work. I had to stop every few minutes and look away because those scenes were making my head hurt. 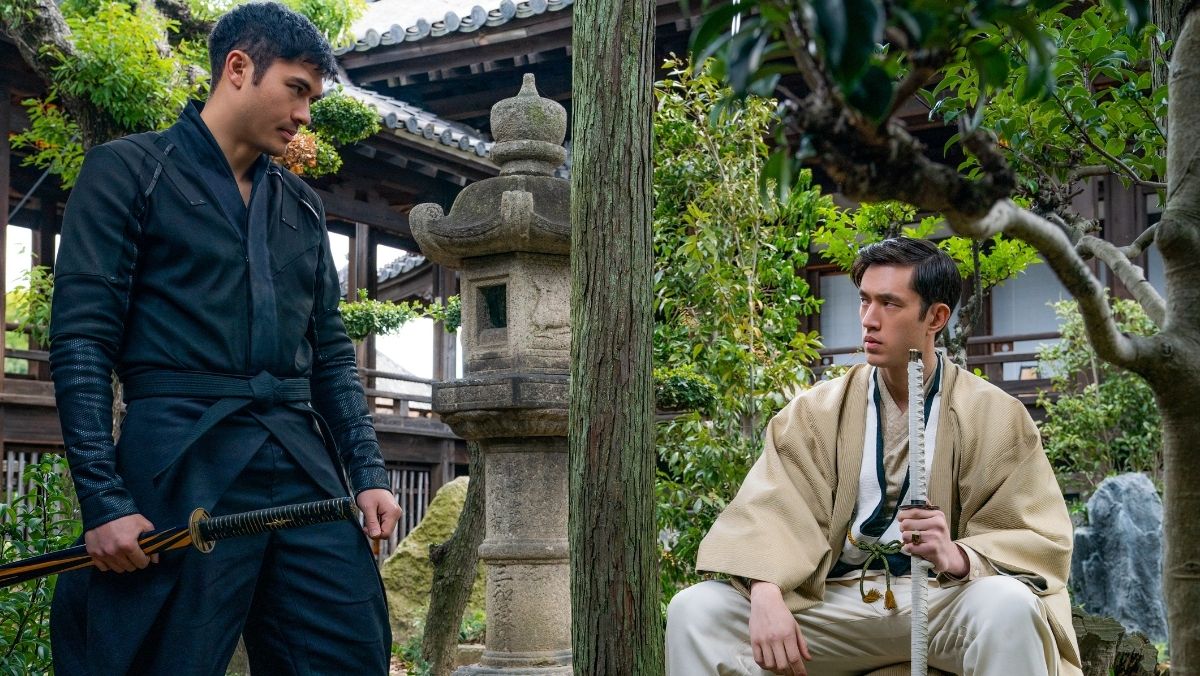 The cast is one of the only pieces that work. Henry Golding proves he can lead a franchise. He’s talented, handsome, and can deliver a cheesy line with charm. Andrew Koji is just fantastic. I wish we saw more layers of him, and it isn’t spoiling anything to say that his final line in the film is the CHEESIEST, by far. And yet…hello Mr. Koji!

All in all, Snake Eyes: GI Joe Origins falls flat, but the cast is well worth the watch. Maybe don’t do IMAX…unless motion sickness is your kind of thing.