20 Stunts Across Movie History That Deserved an Oscar - Nerdist

After nearly a century of Oscars, the Academy still does not feature a category recognizing stunts. Stunts have been uplifting cinema since the beginning. Death-defying performers like Tom Mix, Helen Gibson, Harold Lloyd, and Douglas Fairbanks Sr. brought their craft to film before the Academy was even formed. And there have been countless great stunt performances in the past 93 years. Starting in the year of the first Academy Awards, here are 20 films that more than deserved a stunt Oscar. 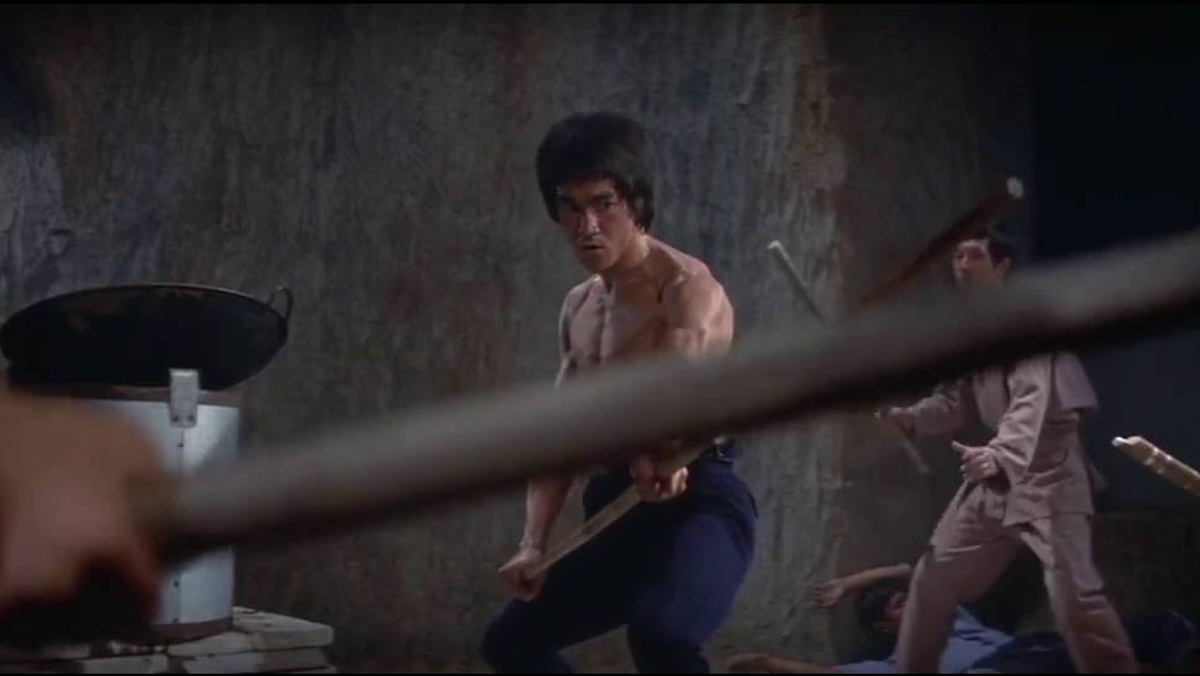 Director William A. Wellman spent months figuring out how to shoot realistic air-combat sequences featuring Thomas-Morse MB-3s. An airborne camera system was developed by 2d Lt. Clarence S. “Bill” Irvine. He also choreographed the dogfights and flew one of the planes. The resulting footage is still stunning nearly 100 years later.

Although most of his films were released before the creation of the Oscars, silent comedian Buster Keaton was known for his athleticism and jaw-dropping stunt work. I dare you to watch an entire house fall on Buster and tell me he didn’t deserve an Oscar for not flinching!

Yakima Canutt’s work in Westerns is unparalleled. His drop from the titular vehicle is harrowing to watch. This iconic move inspired a similar moment in Steven Spielberg’s Raiders of the Lost Ark. Canutt received an Honorary Oscar in 1967.

Swashbuckling has mostly gone out of favor, but you can still see its reverberations in a Star War occasionally. We must shout out to Errol Flynn, but for me the ultimate swashbuckler is Tyrone Power. His fights in this and The Mark of Zorro remain unparalleled.

There’s no fight choreography without Akira Kurosawa’s samurai films. Thrilling in their own right, their influence on the films that came after them is undeniable. Also, no one had the charisma even in the midst of a brawl like Toshiro Mifune.

While William Wyler won best director, the chariot sequence was actually co-directed by Andrew Marton and Yakima Canutt, with Sergio Leone assisting. An inspiration for the pod-racer sequence in Star Wars: The Phantom Menace, this sequence took a year to plan, five weeks to shoot, and utilized 78 horses.

Although I love the many scenes with Peter O’Toole riding a camel, the attack on Aqaba sequence remains the film’s action standout. You can feel this scene’s influence on pretty much every battle sequence going forward through cinema history.

While the car chase in Bullitt is also nifty, its complete disregard for San Francisco geography disqualifies it for me. Thus, I present The French Connection, in which Popeye (Gene Hackman) commandeers a 1971 Pontiac LeMans to chase an elevated train. Filmed on location in Bensonhurst, Brooklyn, this scene remains as nerve-racking to watch now as it ever was.

Bruce Lee’s final film before his untimely death at 32, Enter the Dragon uniquely combined elements of spy films with blaxploitation, and catapulted martial arts into the mainstream. To put it simply, to watch Lee fight is to watch a master at work.

With a boulder, a whip, and a killer fedora, Steven Spielberg brought adventure films to a new generation and introduced audiences to the iconic Indiana Jones. While real-life archaeologists may gripe at the inaccurate portrayal of the profession (hi, dad), I don’t know anyone who isn’t entertained and impressed by Indy’s stunt-filled antics.

There is no one quite like Jackie Chan, a comedic performer who combines slapstick acrobatic fighting with innovative stunts. Police Story and its sequels best showcase the breadth of his talent. After over 200 movies and breaking many bones, Chan received an Honorary Oscar in 2016 for his contributions to cinema.

In the pantheon of wild and crazy James Bond stunts, nothing stops my breath quite like when he bungee jumps from the Contra Dam in Switzerland. This wondrous feat, by stuntman Wayne Michaels, set a world record at the time.

The ’90s really belonged to Keanu Reeves. The man started the decade jumping of a plane with no parachute in Point Break. Then he boarded a bus going 50 miles an hour by jumping out of a Jaguar convertible in Speed. This supremacy concluded as he learned kung-fu via computer, warped time to dodge bullets, and saved Morpheus from a high-rise by leaping out of a helicopter. All hail.

Zhang Ziyi is an invincible sword goddess. She dominates and decimates an entire teahouse full of idiots, fights Chow Yun-fat atop a bunch of trees, and faces off with certified badass in her own right Michelle Yeoh.

Speaking of badass women, it’s been 20 years since Angelia Jolie was Lara Croft: Tomb Raider! Another ass-kicking archaeologist, Jolie dons some truly aspirational short-shorts and combat boots, as she fights everything from random commandos to robots to the Illuminati.

Zoë Bell, who had worked as Uma Thurman’s stunt double in the Kill Bill franchise, plays a version of herself in Tarantino’s ode to grindhouse cinema. Few sequences are as anxiety inducing as when Kurt Russell terrorizes Bell she hangs from the front of a 1970 Dodge Challenger.

Tom Cruise’s absolutely bonkers stunts continue to impress both audiences and auteur filmmakers alike. I will never forget seeing this stunt in IMAX and frankly I’m still filled with anxiety from it. Cruise scaling the glass windows of the world’s tallest building—Burj Khalifa in Dubai—with just sticky gloves?! How? Why? Who cares! It’s bananas and I love it.

You’re either pro-Doof Warrior or you’re wrong. Who doesn’t love a red leotard-clad man strapped to a giant truck playing a guitar that shoots fire? Blazing its way out of development hell, this entry into the Mad Max canon proved George Miller to be a unique talent. Using mostly practical effects and stunts, the action in this movie is the epitome of “goes so hard.”

Developed by Derek Kolstad and directed by Keanu Reeves’ former stunt doubles Chad Stahelski and David Leitch, the John Wick franchise has revolutionized grounded stunt work and fight choreography. You see this in Leitch’s Atomic Blonde and even Gina Prince-Bythwood’s The Old Guard. Riffing on a similar scene in Enter the Dragon, Reeves fighting baddies in a neon-lit room of mirrors is a wonder to behold.

Ryan Coogler’s best picture-nominated Black Panther features everything from a casino heist filled with multi-level action, hand-to-hand combat on top of a waterfall, and parkour onto a moving car. That sequence in particular involved shooting in two locations (Atlanta and Busan), multiple cars, and 214 iterations of the shot before Coogler was satisfied. And man was it worth it.