YouTuber and scientist Kevin Kohler—a.k.a. The Backyard Scientist—has lit a lot of stuff on fire before; including a watermelon, a rocket-blade, and various high-speed food items. In his latest video, the scientist continues with his penchant for pyrotechnics by producing “fire rings” underwater. Fire rings that look like roiling volcanic halos when viewed in slow motion.

The Florida-based YouTuber recently posted the underwater fire-ring machine to his channel. Kohler notes at the beginning of the video that “somebody” kept tweeting at him to make “underwater exploding bubble rings.” Naturally, Kohler decided to execute on the experiment, using his own pool—and a propane tank full of compressed air—to pull it off.

As Kohler explains, the underwater loops of flame are rings made of “an exploding gas mixture” of fuel and oxygen. The rings are vortex rings, or toroidal vortexes, which are a physical phenomenon whereby a fluid or gas revolves around an axis line. Vortex rings tend rotate perpendicularly to the direction in which the ring is moving. Kohler puts it another way when he refers to them as donuts that keep turning in on themselves as they move.

New Video, I made bubble ring that EXPLODE pic.twitter.com/OSnSxkjDpe

To make the flammable, gaseous rings, Kohler constructed a bubble-ring maker that utilizes a speaker jammed into a large PVC tube. The machine is able to blow bubbles when Kohler flicks a switch, causing the voice coil in the speaker to pull a valve down; the valve then springs back up, and pushes the gaseous mixture out of a small hole.

The best part of the video is, of course, when we see the flaming rings form in slow motion. (The show begins about nine minutes in.) Kohler is also kind—and brave—enough to show off rings with different compositions of air and fuel as well. 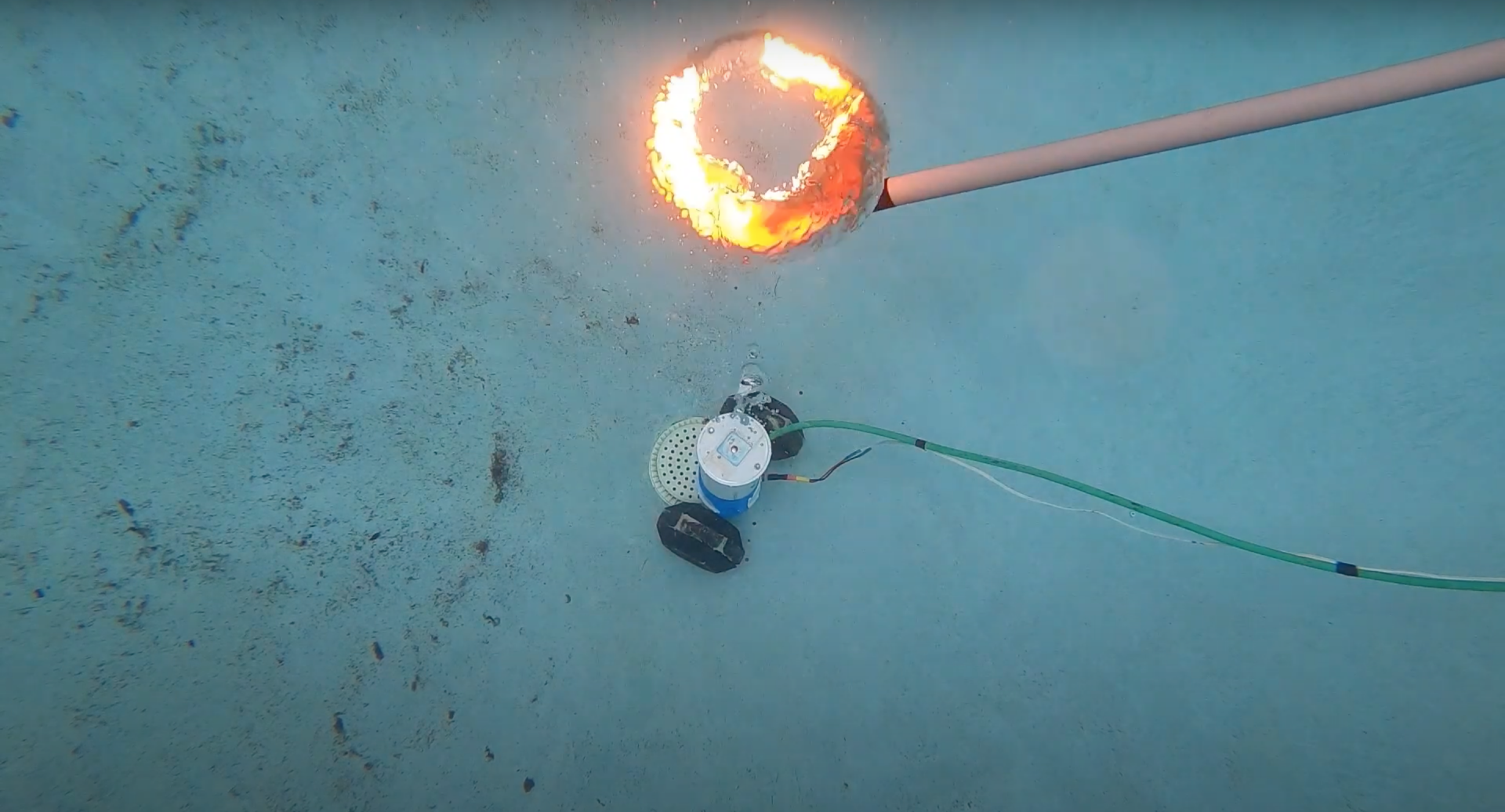 What do you think about these underwater fire rings? Let’s talk science in the vortex that is the comments section!