In 2010, scientists discovered the existence of two monumental spherical plumes of high-energy particles spewing from the Milky Way’s galactic center. But even though the plumes—which are visualized as a sort of bowtie made of bubbles perpendicularly slipped through the center of our galaxy—were measured to be 50,000 light-years from tip to tip, they were still assigned with an unknown origin. Now, after five years of meticulous data collection, scientists say the bubbles’ source is still a mystery. 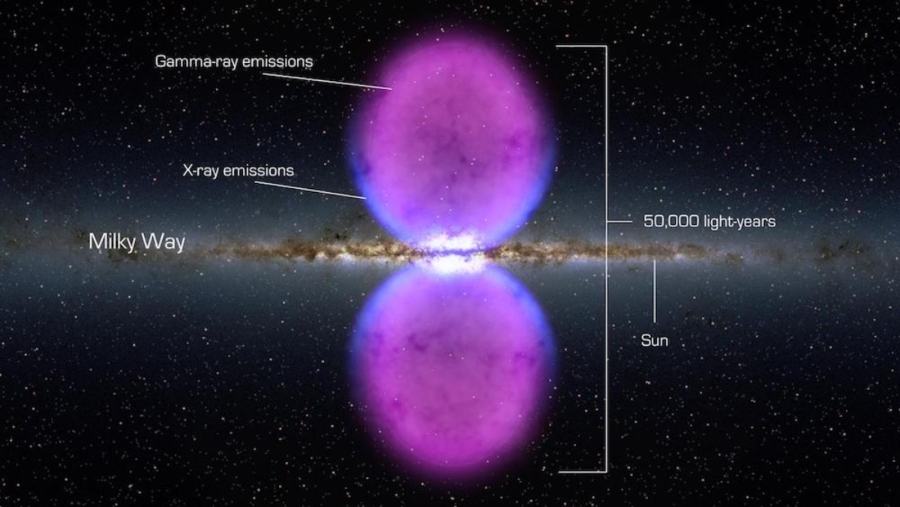 In a paper submitted to The Astrophysical Journal ( via Space.com), scientists from the IceCube Neutrino Observatory in Antarctica say that after collecting five-years worth of data, they still can’t say what event initiated the high-energy particle plumes known as Fermi Bubbles. While IceCube (the observatory’s shortened name) did manage to detect 10 ultra-high-energy neutrinos, it failed to determine a conclusive source for their generation. The observatory was looking for evidence of equally high-energy gamma rays, which could’ve given more definitive clues as to the source of the neutrinos, but didn’t detect any.

But detection of those ultra-high-energy neutrinos is still plenty mind-blowing. For example, in December, 2012, IceCube detected a neutrino, known as Big Bird, that had energy exceeding 2 quadrillion electron volts—Big Bird is considered petaelectronvolt, or PeV-scale, because it had a quadrillion or more electron volts of energy. For perspective, The Daily Galaxy notes that Big Bird had more than a million million times the energy of a dental X-ray “packed into a single particle thought to possess less than a millionth the mass of an electron.”

By the by, the way IceCube detects ultra-high-energy neutrinos like Bird Bird and (hopefully) PeV-scale gamma rays, is by using thousands of optical sensors frozen in ice stationed in the antarctic tundra. How cool is that? 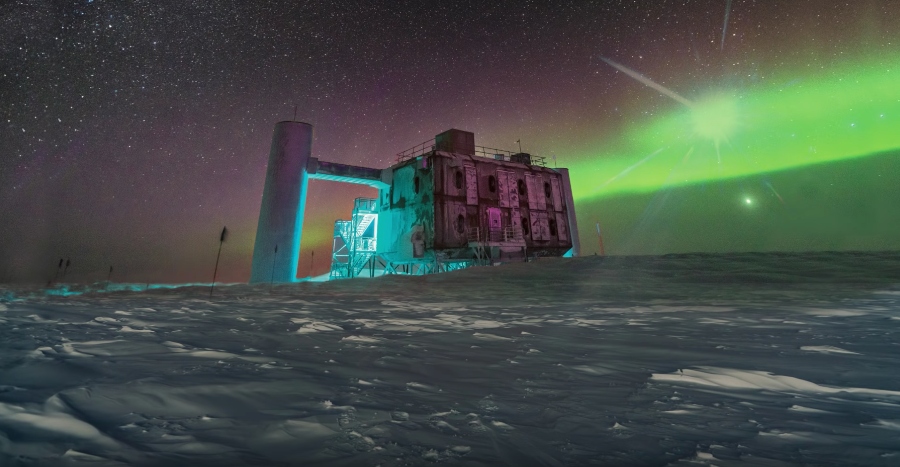 Even though the source of the Fermi Bubbles is still a big question mark, scientists do have some reasonable guesses as to their origin. The one that’s most fun—and speculatively the most likely—is the theory that the bubbles are a sort of double-sided burp (our words) ejected from the supermassive black hole at the center of the Milky Way a few million years ago. The supermassive black hole, Sagittarius A* (or simply Sag A*), could’ve been “feeding” on matter sucked into its gravitational field, and spewing back out excess ultra-high-energy particles that now make up the Fermi Bubbles.

It’s also possible that the Fermi Bubbles are not directly related to Sag A* at all. Another theory points to the vast collection of stars around the supermassive black hole, which could’ve simultaneously gone supernova sometime in the past; on the order of dozens or hundreds at the same time, according to Space.com.

Overall, this research points to even more mysteries directly related to or in the neighborhood of Sag A*. Scientists also recently revealed that the perfectly black beast at the center of our galaxy glowed with a brief flash of abnormal luminosity at some point thousands of years in the past, which could’ve been due to it “feeding” on gas or stars.

What do you think about the Fermi Bubbles? Any thoughts on their origin? Let us know in the comments!