Because most people in the developed world are disconnected from the way their meat’s made—and maybe even how it’s cooked, depending on their Postmates habits—even a glimpse into the BTS process is a serious wakeup call. On the latest episode of Last Week Tonight, host John Oliver delivers that call with a look at meatpacking plants. And how the centers for processing and distribution need a serious safety overhaul.

The new episode of Last Week Tonight, recently uploaded to the show’s YouTube channel, focuses mostly on Tyson Foods plants. Oliver homes in on the multinational corporation based in Arkansas, outlining its plants’ countless safety violations, and poor working conditions.

Oliver highlights, for example, the fact that the Tyson pork-processing plant in Waterloo, Iowa was one of the first plants to shut down early on in the COVID-19 crisis. The host even notes a report alleging the supervisor of the plant took bets on who’d get the disease. (According to a November 2020 CNBC article, Tyson suspended that supervisor, who ran a cash buy-in betting pool.) 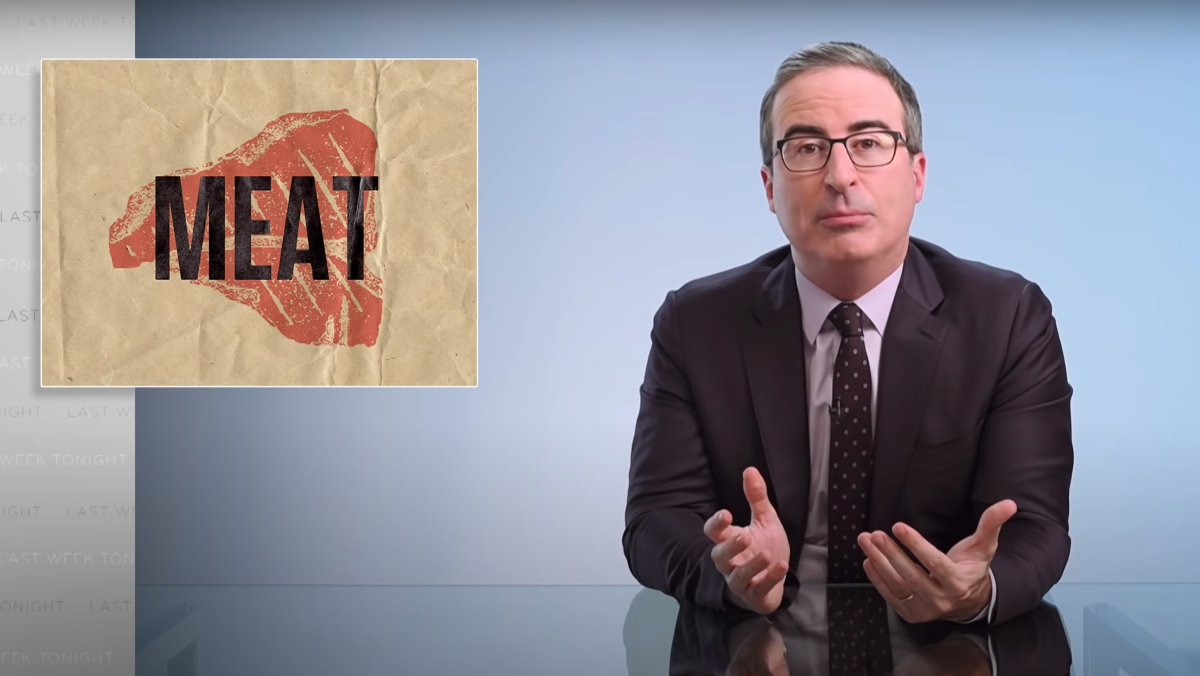 Oliver also claims Tyson, which hasn’t responded to the video on Twitter as of this writing, has horrid working conditions at its plants. The host says the multinational’s meatpacking plants overwork employees, with some needing to wear diapers to avoid bathroom breaks. He notes that Oxfam, a federation of organizations aimed at alleviating poverty, has lambasted Tyson for poor working conditions; specifically for denying workers bathroom breaks.

Indeed, the conditions at the plants seem untenable and cruel. “The most basic thing like the right to go to the bathroom, the right to relieve yourself, is being routinely denied by these companies for their workers on the [meat processing] line,” Minor Sinclair, a program director with Oxfam America, told Iowa Public Radio in 2016. Since then, Oxfam has continued to aid a poultry worker justice campaign.

John Oliver wraps up the segment by noting that the fines the government levies against Tyson are minuscule at best. He specifically calls for OSHA, the Occupational Health and Safety Administration—which is a part of the U.S. Department of Labor—to do a better job of regulating the meatpacking industry. Although the paltry fines it’s imposed against Tyson for a recent, grave worker injury does not bode well; nor the Select Subcommittee on the Coronavirus Crisis’ investigation into OSHA, Tyson, and other meat-processing companies.