Many of us grow up with fairy tales. The familiar characters we meet in childhood stories follow us into adulthood, as do the lessons the tales usually teach. Different cultures hold different myths, legends, and lore close, all rich in their own ways. And author Elizabeth Lim‘s Six Crimson Cranes pulls inspiration from a number of fairy tales, including Chinese and Japanese legends and western fairy tales.

Lim weaves a story about Shiori, the only princess of Kiata, and the secret forbidden magic she possesses. Six Crimson Cranes (featuring gorgeous cover art by Tran Nguyen) centers on Shiori and begins with the moment she loses control of her magic and attracts the attention of her stepmother Raikama. You see, Raikama has magic of her own too. She banishes Shiori and turns her prince brothers into the titular cranes. Further, Raikama tells Shiori that if Shiori makes a sound, one of her brothers will die for each word that leaves her lips.

A princess far from home, an evil stepmother, cursed siblings, a betrothed Shiori thought she hated… it’s the kind of fairy tale you get lost in and stay up late to devour. Lim talked to Nerdist via email about Six Crimson Cranes—its influences, magic, and more. 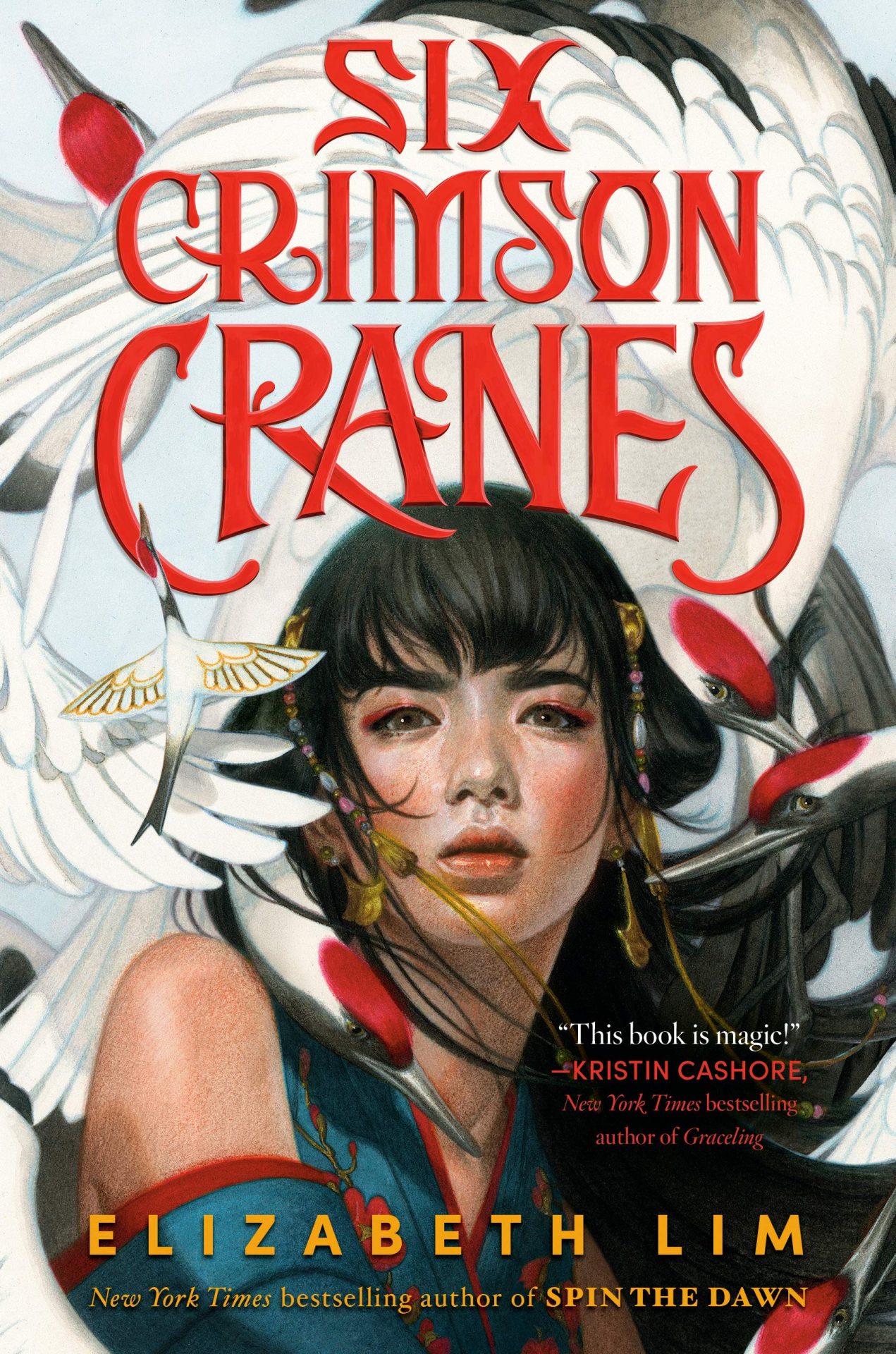 Nerdist: Six Crimson Cranes is a stunning and intense fairy tale. Can you tell me about fairy tales that have inspired you over the years?

Elizabeth Lim: The Wild Swans is definitely one of my favorites and was an inspiration for that reason. I have far too many fairy tales that I love and that have inspired me over the years—I could probably write an entire paper on the topic! So I’ll concentrate on the ones that appear in Six Crimson Cranes. Of Western fairy tales, you’ll find hints of Rumpelstiltskin, Cinderella, Snow White, and even Thumbelina. I also drew upon several of my favorite Chinese and Japanese legends to write Six Crimson Cranes. These include Chinese dragon folklore, the legend of the moon lady Chang’e, and the popular Chinese folktale Madame White Snake, which is about a snake spirit who turns into a human.

I was also inspired by the Japanese folktales The Tale of the Bamboo Cutter, which is about a radiant girl whose hand is sought by numerous suitors including the emperor until her true heritage is uncovered, and The Girl with the Black Bowl, which I encountered when I was a kid and love to this day.

I feel like including magic to any story necessitates creating rules for that magic. What was it like developing magic for Kiata?

I’d actually developed most of the magic while writing Spin the Dawn, since it’s set in the same universe. I knew I wanted to create a universe where magic is present, but not necessarily a part of everyday life. In Kiata, the country where most of Six Crimson Cranes is set, magic is forbidden—it’s been erased, in fact. So given that important rule, it was a challenge for me to develop Shiori’s talent for it… and tie the need for it with how she breaks her curse, and how things in Kiata are bound for change.

The relationship between a young woman and her stepmother is classic fairy tale material. Can you talk a little about the dynamic between Shiori and Raikama?

This is tough without spoilers! On the surface, Shiori and Raikama seem to have the typical princess and stepmother-who-dislikes-her-immensely vibe. The two have a history, and they don’t get along. But Raikama’s past is mysterious, even to the royal children. They don’t know her real name, nor do they know where she’s really from. Shiori’s always been curious, but that curiosity led to the estranged relationship that the two have when the story begins. Of course, over the course of the novel, secrets will be unearthed, and mysteries will be unraveled… all is not what it seems!

What does it mean to you to tell this story?

When I was growing up, there were far and few books featuring Asian protagonists, and even fewer Asian fantasy novels. Something I’ve been passionate about since becoming a writer is contributing a small part to increasing that representation! Also, it’s funny, my first contact with The Wild Swans was through a picture books series my parents bought while traveling through Hong Kong and Tokyo, so I’d originally thought it an East Asian fairy tale. Of course, later I learned that it was in fact a western story by Hans Christian Andersen, but the fairy tale stayed with me as I grew up, and it’s always been one of my favorites. Simply for that reason, after writing Spin the Dawn, I knew I wanted to try reimagining The Wild Swans.

My hope is that my Asian readers, especially those who grew up outside of Asia like me, will see themselves in my stories and know that they too can be the hero of their story, and that my non-Asian readers will become more aware and appreciative of our folklore, food, and culture.

Six Crimson Cranes is out now and available wherever you buy books.