Mainstream animation as we know it has always connected deeply to folklore and fairy tales. Disney’s early shorts and feature films adapted stories by the Brothers Grimm. Studio Ghibli drew inspiration from Shinto beliefs. And although far smaller than either of those studios, Irish animation studio Cartoon Saloon has also carved its own place in animation. Digging deep into Irish mythology, they have crafted a trilogy of critically acclaimed films that keep these myths alive.

Whether it’s the studio’s feature debut, The Secret of Kells, their follow-up Song of the Sea, or their latest, Wolfwalkers, these films borrow from folkloric tales of mythical creatures to tell universal tales that wouldn’t feel out of place in the Disney or Ghibli library. Yet they still feel uniquely and distinctively Irish. At their core, all three are stories about spirited kids and their troubled parents. And how the kids start to come of age and understand their place in the world. But the films find grounding in hundreds of years of myths and legends. Countless retellings have reshaped them to create a new mythology that honors the past while looking towards the future. 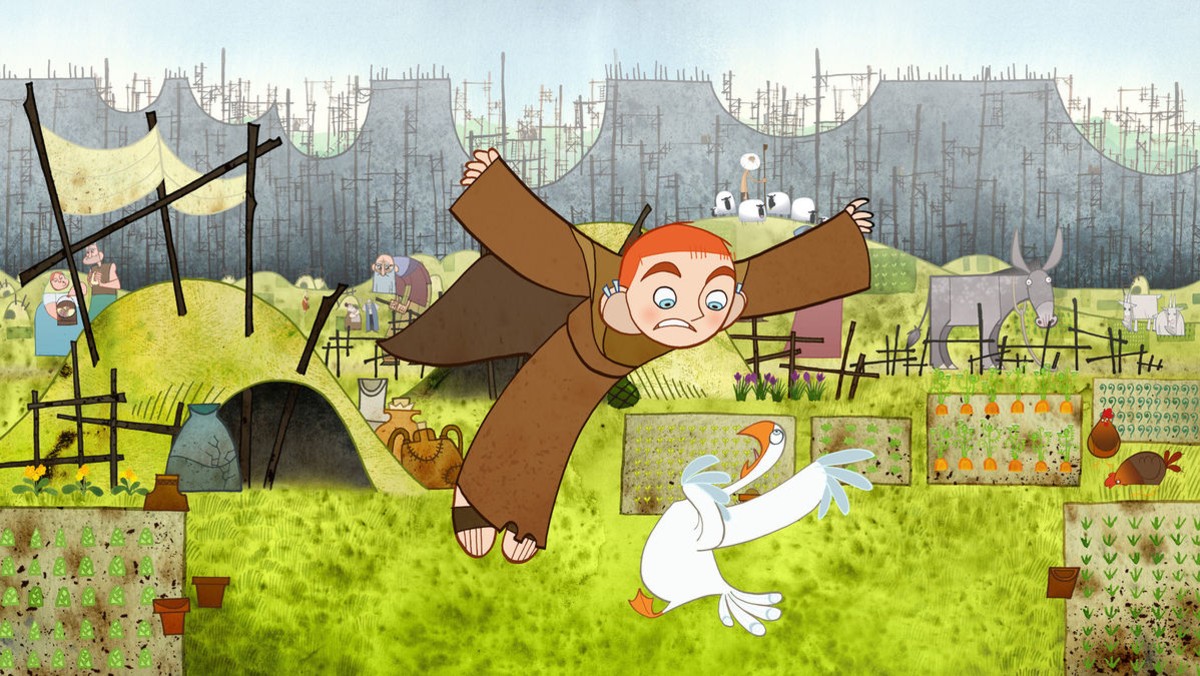 For instance, The Secret of Kells features a faerie who is a member of the Tuatha Dé Danann, as well as the old god Crom Cruach. It tells the story of the making of the illustrated manuscript The Book of Kells. Song of the Sea is a retelling of selkie myth, creatures that can shapeshift between human and seal-form, set in modern times. The protagonists travel to Tír na nÓg (the Celtic Otherworld) and ultimately have to defeat the witch god Mecha with the help of the legendary Mac Lir, as they try to save faerie creatures trapped in the modern world. (The director even wrote a pretty handy reference guide a while back).

Their latest film, Wolfwalkers, tells the coming-of-age story of a girl refusing to conform to the increasingly rigid and strict environment around her. It draws inspiration from the tale of the werewolves of Ossory; pagans who wouldn’t convert to Christianity for St. Patrick, and suffered the curse of wolf transformation while sleeping.

Each of the films in Cartoon Saloon’s Irish folklore trilogy has deep roots in a specific moment in Irish history, commenting on the past and how it relates to today. This allows the films to continue the effect of the oral tradition that inspired them, and teaches about Irish culture and history through tales of fantasy. 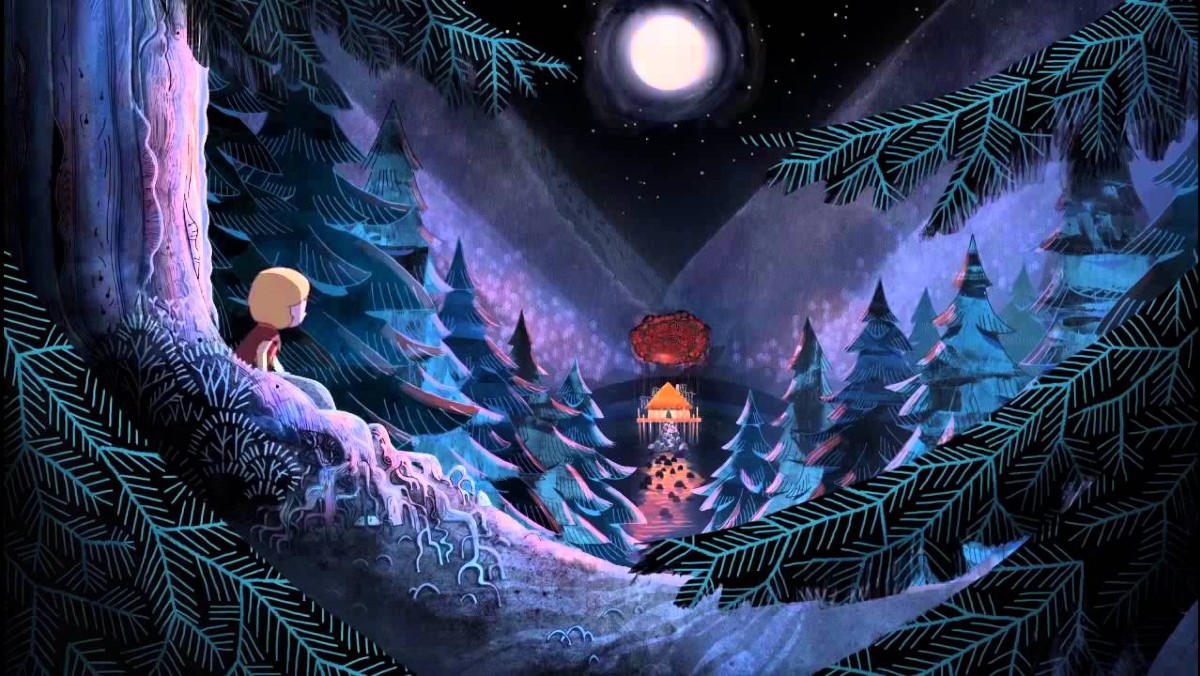 The Secret of Kells argues for the role of art in times of uncertainty, as its protagonist tries to preserve civilization through pen and ink during the time of the Viking raids in Ireland. Song of the Sea is all about the loss of folklore and tradition, and it very deliberately takes place in 1987. Director Tomm Moore described this as, “The transition time in Ireland when the old ways were fading just before the coming of ‘the Celtic tiger’ [a period of huge economic growth].” He realized that people no longer cared or believed in things like selkies carrying the souls of those lost at sea.

Wolfwalkers, on the other hand, is the darkest of the three. It takes place during the Cromwellian invasion and colonization of Ireland. The film draws a very direct line between the efforts to wipe out the wolves in the forest with a loss of culture and tradition in Ireland. The evil Lord Protector constantly boasts about “domesticating” and “taming” the land. 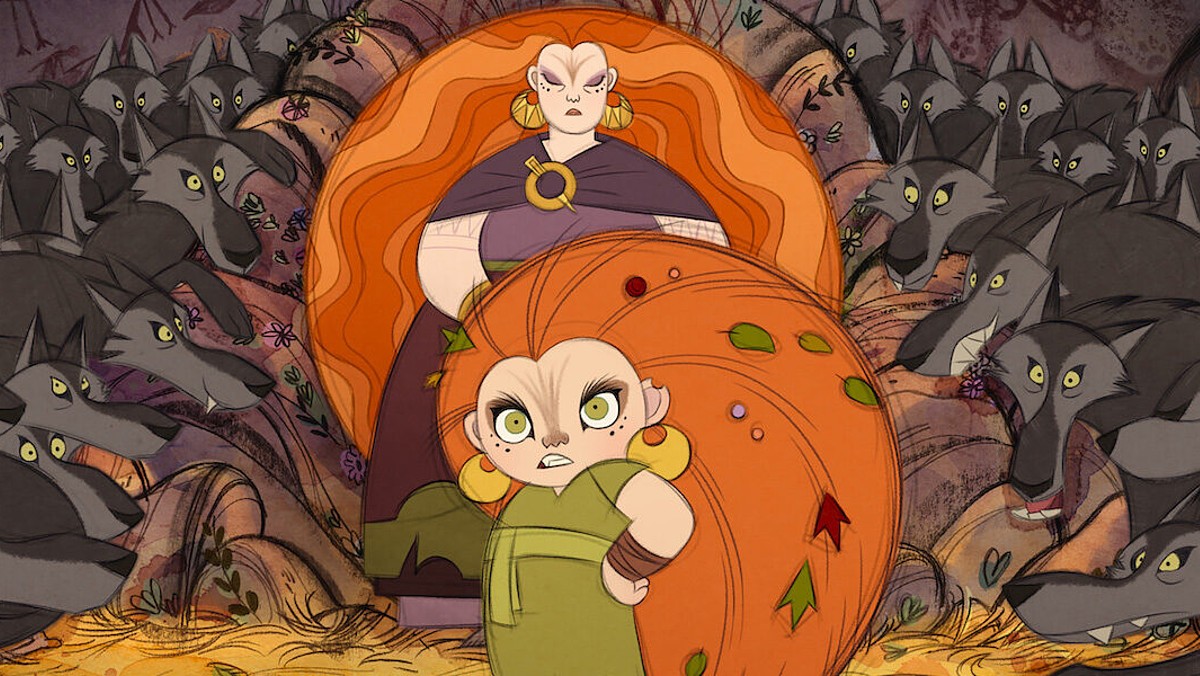 This preservation of myth and folklore extends to the animation itself. Rather than using 2D animation simply for nostalgia’s sake, Cartoon Saloon uses it to reflect the Celtic art that inspired each film’s story. It’s one thing to hear about the importance of The Book of Kells. It’s another thing to see its influential illustrations infuse the entirety of The Secret of Kells, with Celtic knots and spirals suffused into tree branches, stonework, and even snowflakes. Likewise, Song of the Sea is all about Pictish Celtic rock paintings. Wolfwalkers meticulously distinguishes between the uniformed and woodblock linework of the English-controlled town of Kilkenny, and the more free-flowing world of the wolves. All of this bears the heavy influence of Celtic ornamental art and spirals.

By taking story and visual inspiration from folkloric tales and legends, and shaping them into new stories that reflect the modern world, Cartoon Saloon is imprinting a vivid image of Irish folklore in their films. At a time when superheroes are dominating the public’s idea of mythology, the films of Cartoon Saloon are keeping Irish tradition and folklore alive for generations to come.