Being caught in the middle of a pandemic is a weird time, to be sure. You need to be safe, and smart, and aware, and respectful – but a little escapism is good, too. Especially in quarantine. Call it self-care.

But some shows from The Before can feel a little too out of touch now. How many times have you ended up yelling at the clueless people on the screen to stand farther apart and stop shaking hands? Other alternatives, like mainlining a movie marathon of Twelve Monkeys and Contagion and the like, can be a little too much in the other direction.

Thankfully, there’s a middle road: comfort-binges that accidentally ended up fully relevant to our newfound world of self-isolation and worry. Below are the most uncomfortably apt episodes of reliable sitcom rewatches. These will help you laugh while simultaneously keeping you grounded. Or to avoid entirely, depending on how tenuously you’re holding it all together.

Just like the Bobby Newport arc feels more like a Hilary vs. Trump parody than something written four years before the election, a couple other episodes of Parks and Recreation cause a lot more nervous laughter now than they used to.

Season two’s finale, “Freddy Spaghetti,” in particular, reads a lot differently; a budget crisis shuts down Pawnee which is an almost perfect stand-in for the coronavirus. Heck, it might as well be a documentary. The episode opens on an eerily empty office building. The department cancels a concert featuring the titular pasta-themed children’s singer, to the disappointment of many. Leslie Knope finds herself “non-essential” and sent home.

Season three’s “Flu Season,” meanwhile, continues the accidental Ken Burns-ing. The episode finds the town knocked out by a particularly virulent bout of flu. April and Chris are hospitalized; Tom douses himself in hand sanitizer, while Leslie keeps trying to break quarantine to do work. She eventually ends up in the hospital herself after not following the rules. 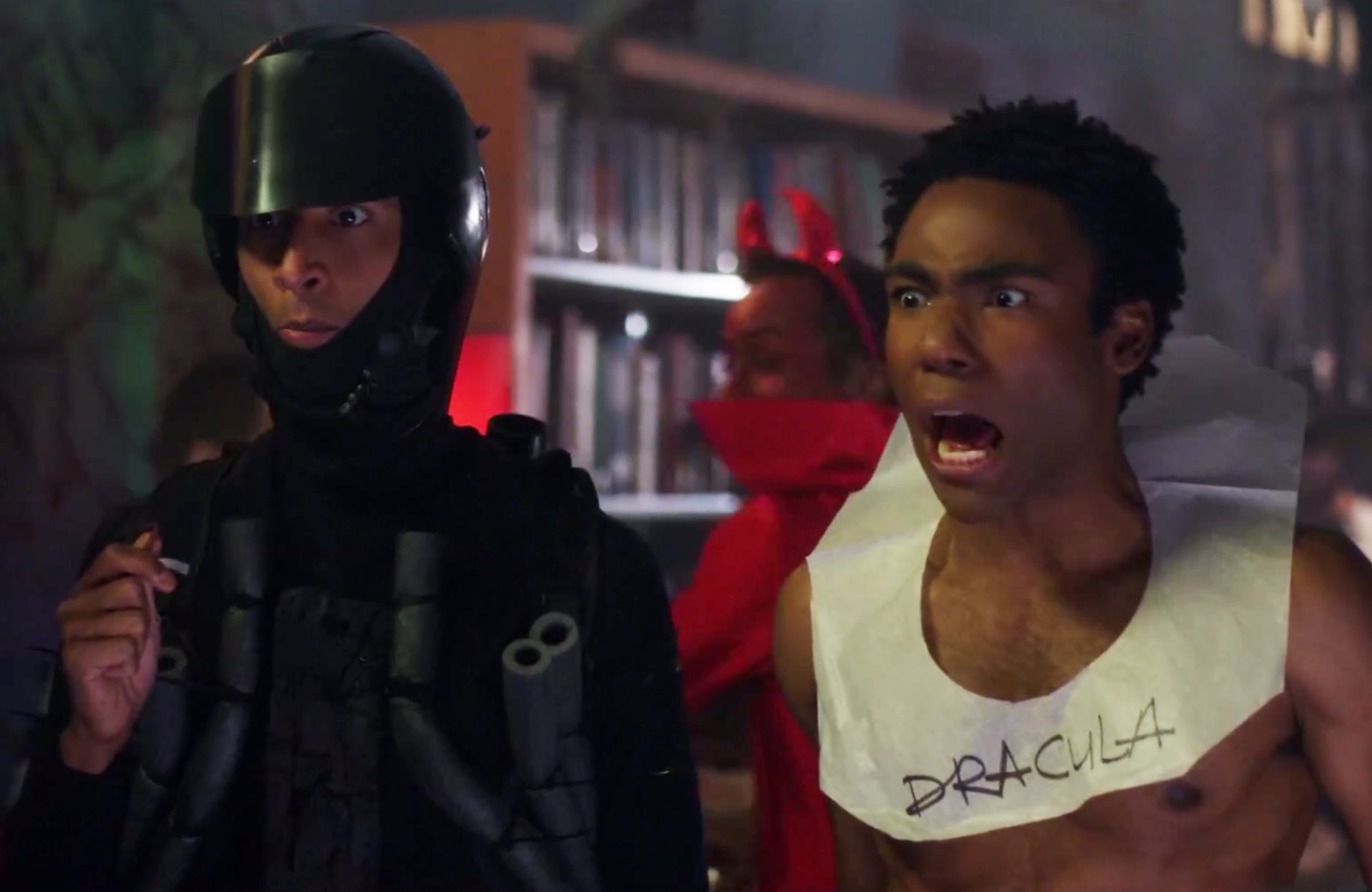 Look, there’s never not a good time to rewatch Community. As crazy and surreal as the show often was, it always had one foot in reality – and, in keeping with its meta sensibilities, it turns out that reality was our reality, right now, today.

The first and most obvious parallel is season two’s “Epidemiology,” the infamous “zombie” episode. A mysterious and highly-contagious pathogen breaks out on campus, like nothing the school’s ever seen. The Study Group even tries to isolate themselves in the Study Room to avoid catching it. Except they discover a pair of asymptomatic carriers were already in their midst.

“Basic Rocket Science,” meanwhile, finds Abed and Troy physically separated and forced to communicate over radio. Hard not to equate it with the teleconferencing apps many of us use to keep in touch with our loved ones now. 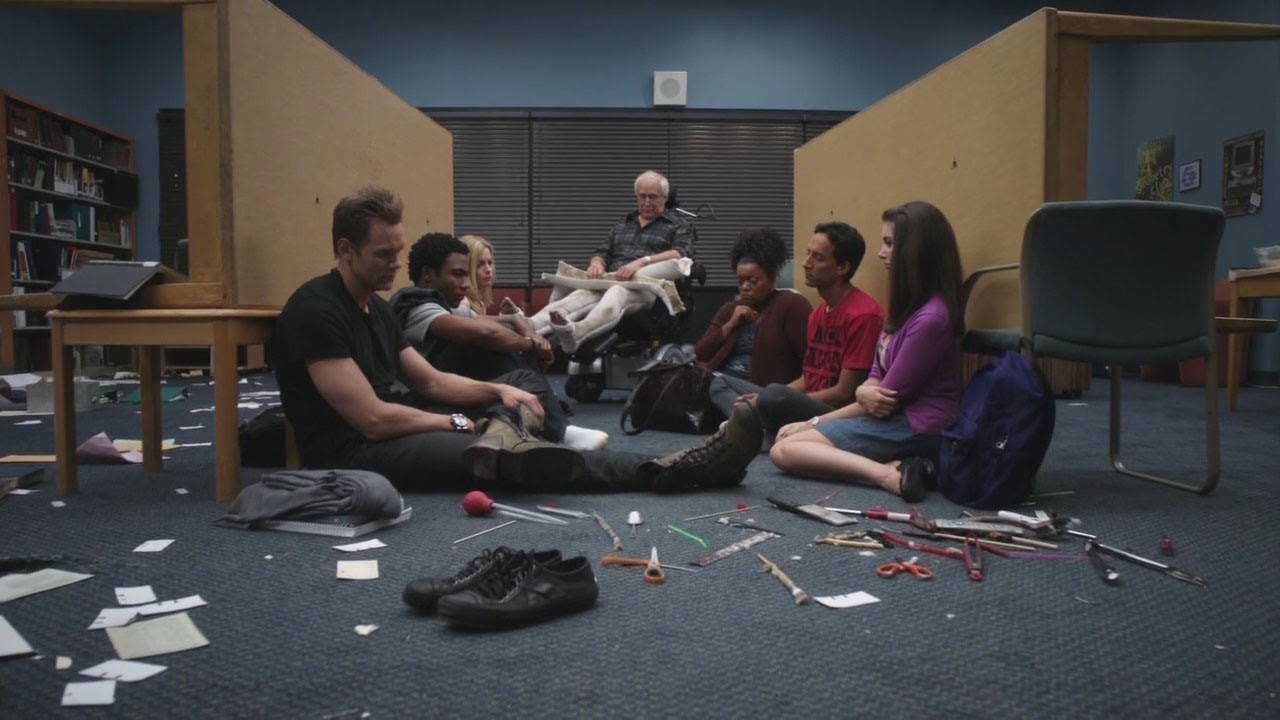 On the flip side of that, both “Cooperative Calligraphy” and season six’s “Basic RV Repair and Palmistry” have the Study Group cut off from the outside world for one reason or another, only to – like a game of Risk that ends with someone sleeping on the couch – start fighting after spending too much time together.

And then there are the paintball episodes – as well as season five’s “Geothermal Escapism” and the two Dungeons and Dragons episodes. In all the episodes, what starts simply as an idle way to pass the time evolves into something much more complicated and personal – and a little obsessive. Not entirely unlike recreating the opening of The Simpsons in your living room.

The Good Place might be less standalone than some of the other shows on this list. At only four seasons with 13 episodes each, it’s still perfectly bingeable. Honestly, there might not be another show in existence that makes you feel better about the horrible state of the world.

Still, there are a few moments that hit harder now than they did even a year ago. In “Chidi Sees the Time Knife,” for example, we learn the simple act of buying a tomato is inherently more complicated now. Kind of like the tightrope of buying groceries for delivery without violating workers’ rights. Or how keeping a local pizzeria in business inherently puts them at risk

In “Jeremy Bearimy,” meanwhile, Jason explains how he kissed a bat on a dare and they named a virus after him. This is also the episode which explains that time doesn’t work like the characters think. Let’s be real; we’re all living in the dot above the “i” right now. Bonus points for everyone breaking down under the truth of the universe, realizing the importance of taking care of one another and, of course, the ultimate salve for these trying times, shirtless Chidi.

One could almost be forgiven for looking at Miracle Workers: Dark Ages, a breezy comedy from Simon Rich set in the vaguest of medieval times, and thinking there wouldn’t be too many parallels to our present day. But then Geraldine Viswanathan’s Al Shitshoveler asks “Do you ever feel like we’re living in a particularly bad time in history?” and you realize that you asked yourself that this very morning.

In addition to a clueless ruling class and lots of science-denying on all sides – “Help Wanted” is all about a doctor making up bogus cures – the climax of the finale episode, “Moving Out, Part Two,” goes right for the accidentally timely jugular. Trapped by the invading Valdrogians, the townsfolk mimic a plague to scare away the (rightfully) horrified army. 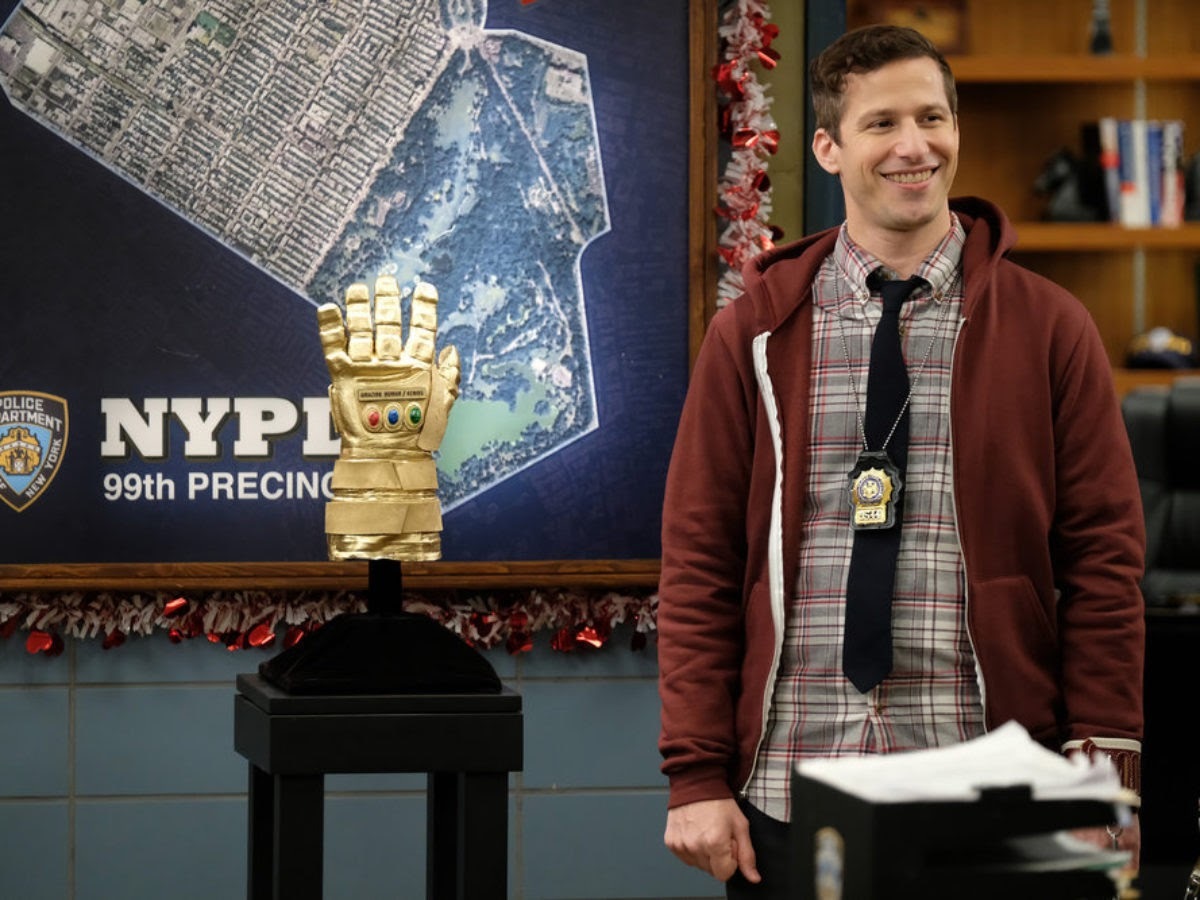 Brooklyn Nine-Nine is always a good time, with plenty of episodes taking place primarily inside the precinct, with everyone getting on everyone else’s nerves. The heist episodes, too, like Community’s paintball and D&D episodes, represent folks taking things far too far for their own entertainment.

But there’s another episode that hits much harder now. Season four’s “Chasing Amy,” a.k.a. the one where Boyle and Gina fight about a sourdough starter. At the time, an entire plot dedicated to ransoming a jar of fermented bread goo for $10,000 seemed outlandish … but now? Utterly prescient. And a damn bargain. 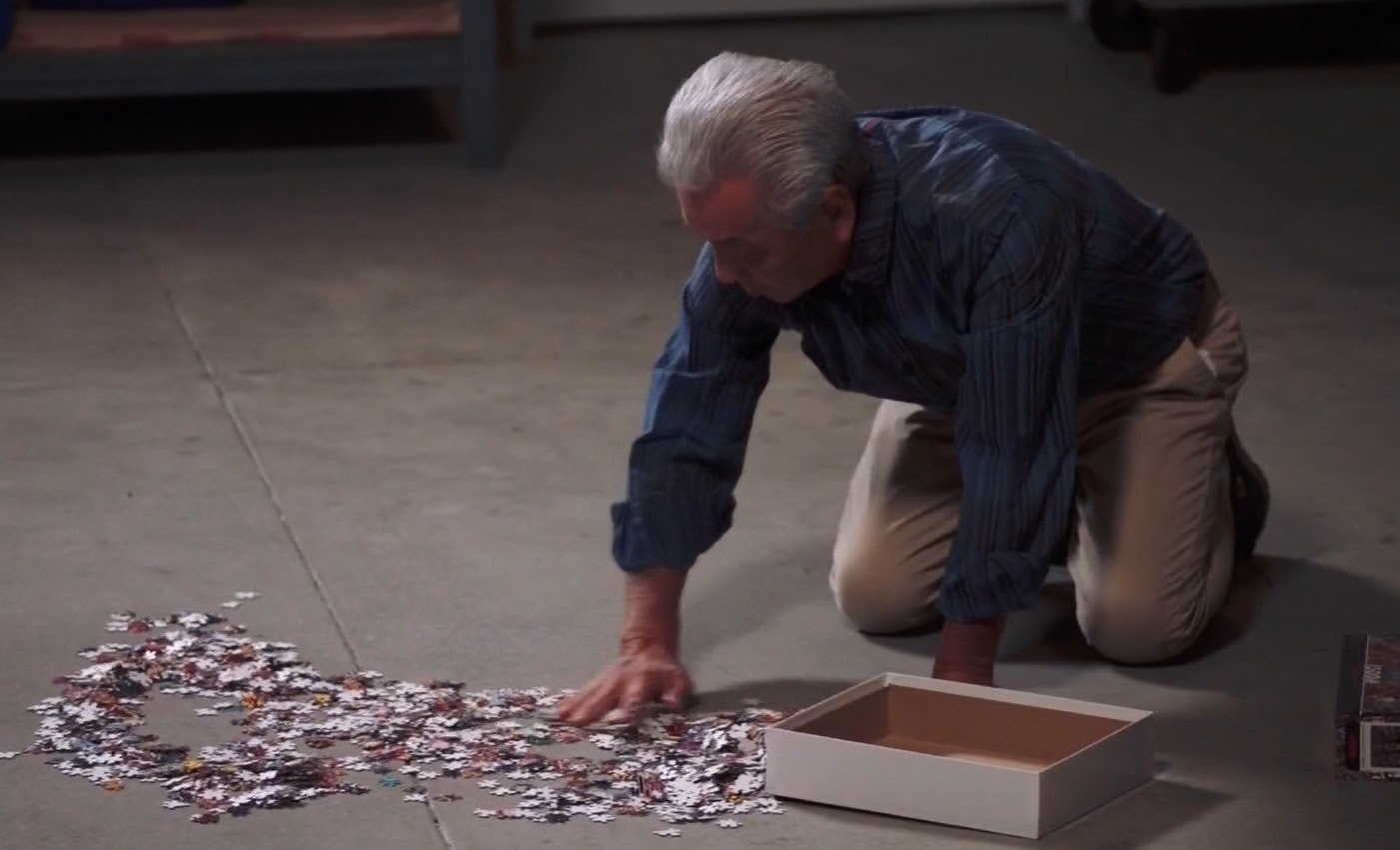 Superstore has always been great about representing retail workers as essential, and consumers as selfish monsters. It’s a battle that’s playing out right now in the real world. This ethos is perhaps best epitomized in season two’s “Black Friday”; shoppers practically riot to get discounted goods, while the staff is taken out one-by-one by a mysterious ailment. The culprit ends up being food poisoning, but the Cloud 9 employees refuse to let it stop them. They rally and close out the store, putting their service above their own well-being.

But the show’s not just about elevating retail workers – it also reminds the audience that the corporate boards signing the checks don’t always have the employees’ best interests at heart. The first season’s “All-Nighter,” where the staff are trapped in the store by automated door locks, and season four’s “Blizzard,” where corporate won’t allow the employees to leave, are both perfect examples. And they’re pretty solid lockdown episodes to boot. 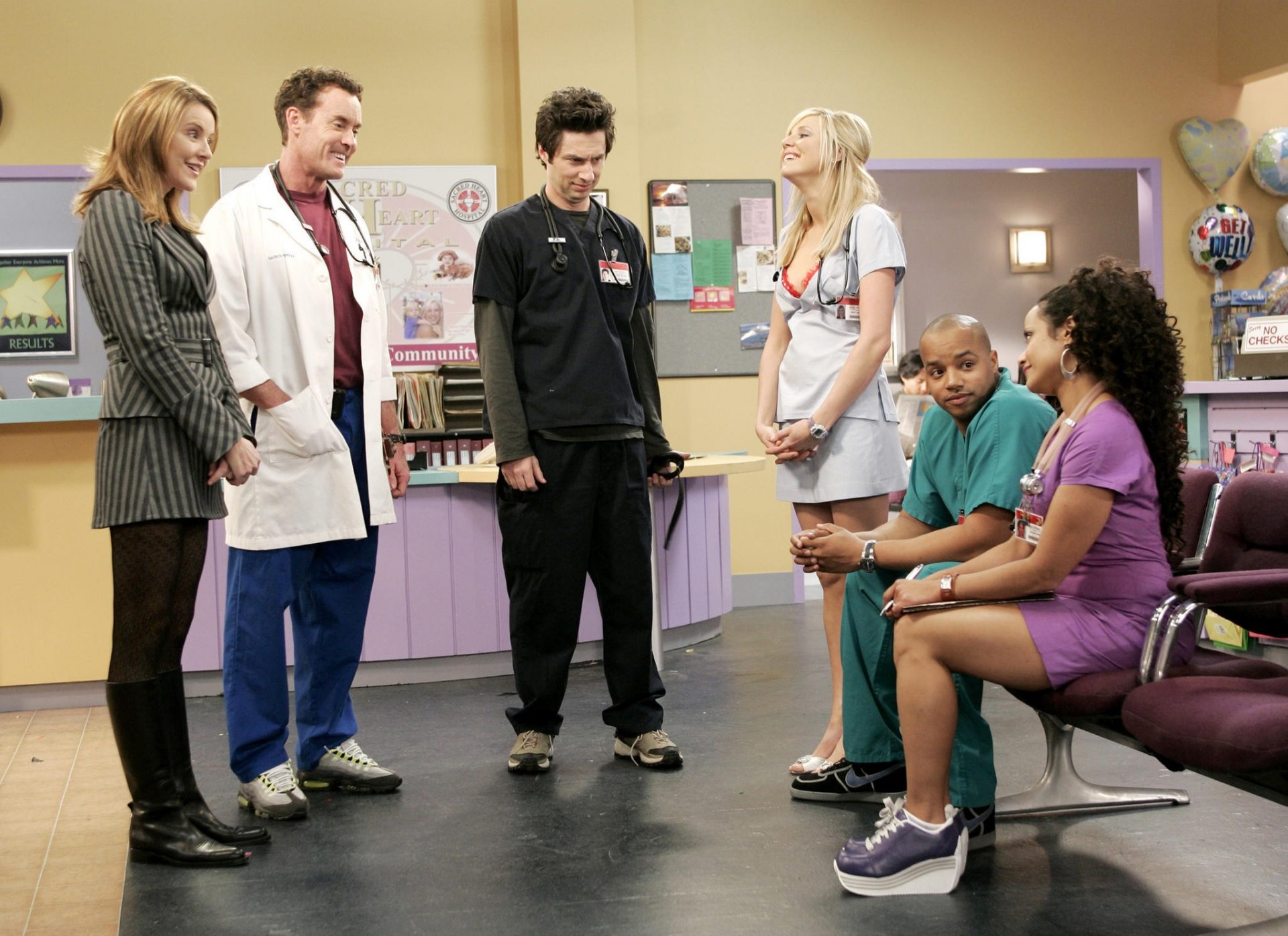 Watching anything set in a hospital right now is a tough sell – but Scrubs always managed to couch the medical drama in humor and neatly tied-up, morally-sound endings. Both of which we could certainly use right now.

Season five’s “My Cabbage” has been making the Twitter rounds lately, after its depiction of how easily a virus can be spread went, uh, viral. But let’s not forget about season four’s “My Quarantine” either. In that one, J.D., in order to impress his date, absently mentions that a patient might have SARS and the ward goes into full lockdown.

And, of course, there’s “My Life in Four Cameras”. The fourth season episode simultaneously tackles public health scares, what constitutes essential staff and, finally, finding comfort in old sitcoms when the real world is bringing you down.

Because, hey, if ever there was a time to turn to TV for solace, it’s definitely now.