You know you’ve reached true pop culture icon status when you’re a guest voice on The Simpsons. It’s a spot usually reserved for actors, athletes, singers, and the occasional famous authors or politician. It’s not usually for behind-the-scenes folks like studio heads. But Marvel Studios’ Kevin Feige has become a celebrity in his own right, thanks to turning the Marvel Cinematic Universe into the most successful series of films in Hollywood history. And for his big Springfield debut, he’ll assay the voice of a Thanos parody character called “Chinnos”. It’s for the upcoming episode “Bart the Bad Guy.”

You can watch the clip from Kevin Feige’s upcoming Simpsons appearance down below:

In the clip, we see that Chinnos has his own version of Thanos’ Infinity Gauntlet. Only here it’s “the Doomsday app” on his phone. Wait, isn’t the Doomsday app Twitter?? (I kid. Sort of.) He then gets his scary bad guy voice on and threatens to “restart this planet in flames as a utopia.”  You know, the standard bad guy monologue stuff. I’m not really sure why they picked Feige to be the ultimate bad guy in this scenario though. Maybe Martin Scorsese had something to do with this decision? (Kidding.) 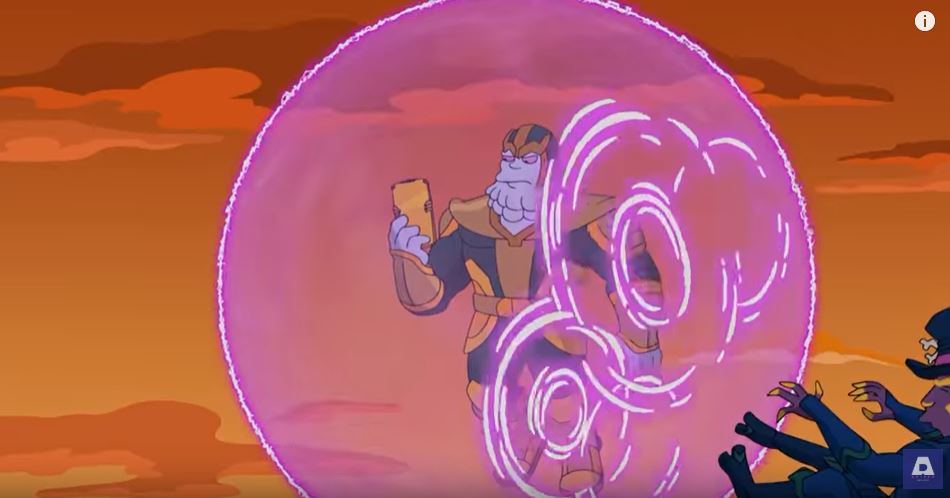 This episode shows what happens when Bart Simpson gets to see the newest blockbuster superhero film before the rest of the world does. Now with the dangerous knowledge of a multitude of spoilers in his head, he soon realizes he can use this power to get pretty much whatever he wants. Soon, he becomes the super villain known as “Spoiler-Boy.” For several exclusive photos from the episode, be sure to head on over to Variety.

From the clip, it appears that just as Thanos fought the Avengers and their allies to a standstill, so too must the evil Chinnos and his multitude of chins defeat a group of heroes determined to stop his dastardly schemes of universal domination. And among said heroes is another name from the MCU roster – Cobie Smulders. Smulders of course has her Marvel Cinematic Universe credentials thanks to her roles as S.H.I.E.L.D. agent Maria Hill. She’ll provide the voice for the heroic plant person known as “Hydrangea.” 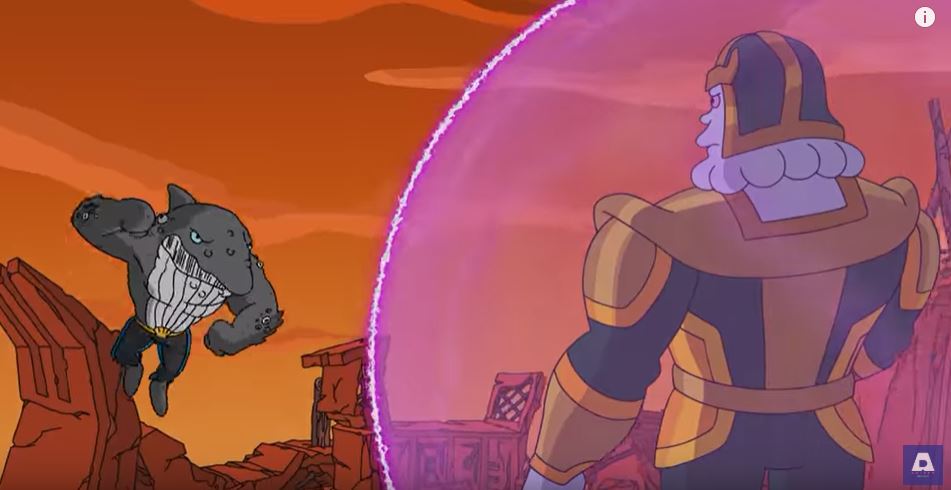 Joining in on the fun is Smulders’ real life husband,  former Hamilton actor Taran Killam. He’ll be playing a superhero named“Airshot”. Although Hydreangea seems like a clear spoof of Batman villain Poison Ivy. I’m not sure who Airshot is supposed to be. The Rocketeer maybe? They’re all part of the same Disney family now after all, so it would only be fitting. Also returning for this episode is Joe Mantegna  in his recurring role as Fat Tony. There are another pair of Marvel Studios alumni in this episode as well, as the Russo Brothers appear as a pair of movie executives who plan to use their clout to stop Bart’s “spoiler powers.”

Marvel
Everything We Know About BLADE
Nerdist
4 MIN READ