It appears that Apu has said his final “thank you, come again” on The Simpsons. After thirty years, actor Hank Azaria is saying goodbye to his long running character of Apu. The actor recently told Slashfilm (via TVLine) Azaria at the Television Critics Association winter press tour “All we know there is I won’t be doing the voice anymore, unless there’s some way to transition it or something. We all made the decision together… We all agreed on it.” 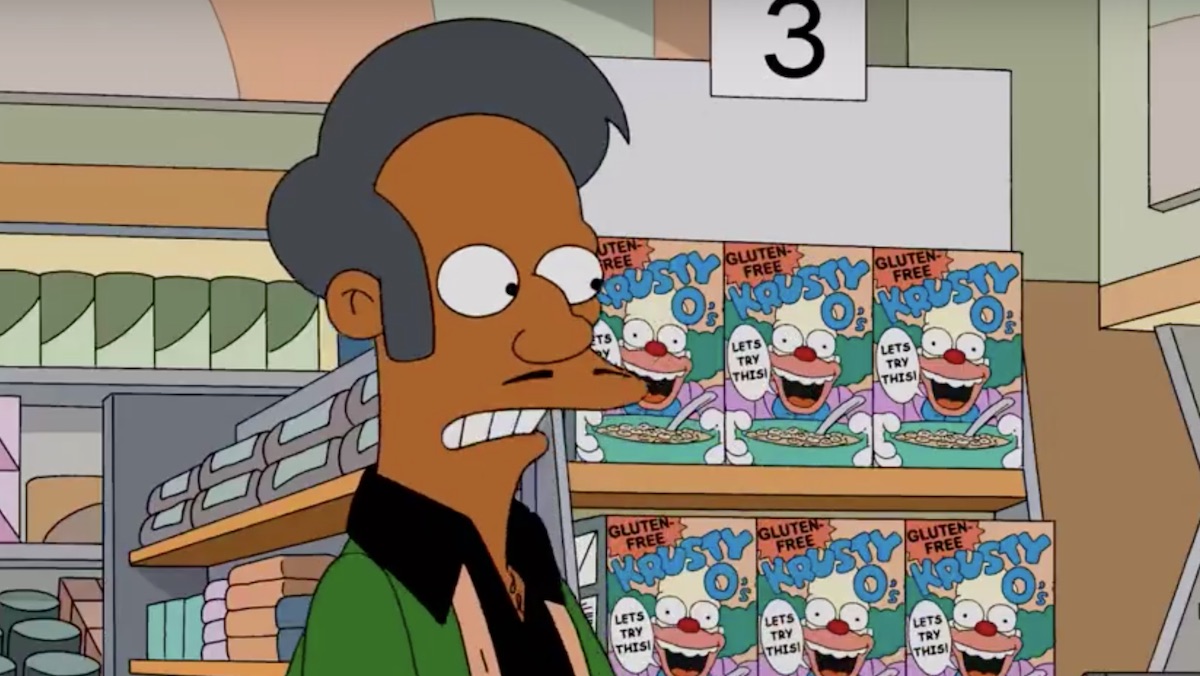 “We all feel like it’s the right thing and good about it.” He added “What they’re going to do with the character is their call. It’s up to them, and they haven’t sorted it out yet. All we’ve agreed on is I won’t do the voice anymore”. Now, this doesn’t mean we won’t see Apu again. I suppose it could mean that an ethnically appropriate actor could replace him. But, in all probability, the longtime owner of the Springfield Kwik-E-Mart will ride off into the sunset in some form. And it seems like it’s probably long past time for that to happen.

The fact that the characterization of Apu is racially offensive isn’t something people are just arriving at now. But it all came to a head in recent years with the 2017 documentary The Problem With Apu. That doc from comedian Hari Kondabolu showed how the character of Apu resulted in years of insulting stereotypes of Indian-Americans like himself. And to add insult to injury, the voice behind Apu was a white actor. 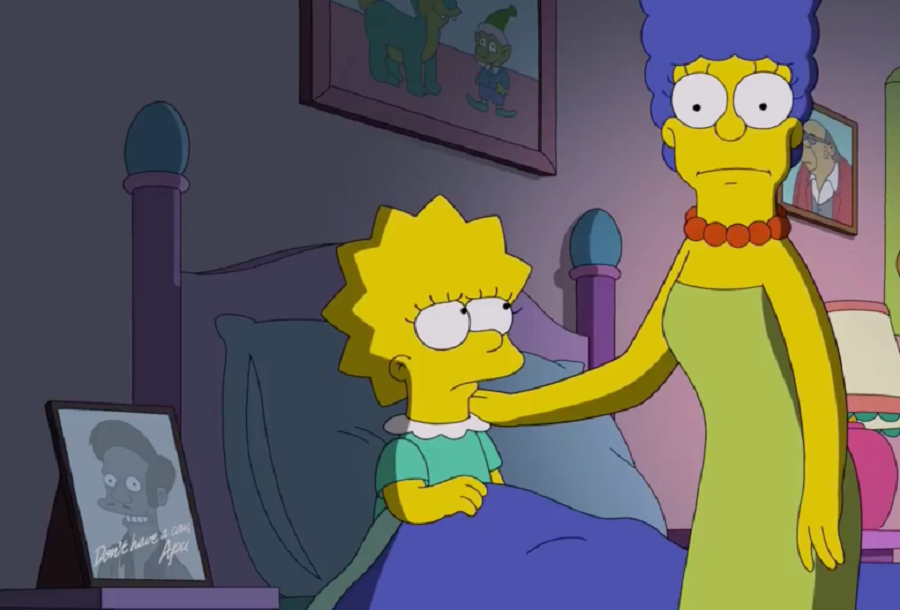 When the controversy started to get national attention, the producers of The Simpsons decided to give their response…in an an offhand way. And it seemed to most to come across as fairly glib and dismissive. And disappointing, given the supposed progressive values of everyone involved with the show behind-the-scenes. In the 2018 episode  “No Good Read Goes Unpunished,” Marge reads to Lisa an overly-edited children’s book, one which was chock full of antiquated stereotypes.

After Marge reads it, the camera turns to Lisa, and she says “Something that started out decades ago and was applauded and inoffensive is now politically incorrect”. And then they had her turn to her framed picture of Apu on her nightstand and utter “What can you do?” Marge then says “some things will be dealt with at a later date,” to which Lisa adds “if at all”. This suggests the producers might just do nothing about the whole Apu situation. Luckily, whether Azaria himself, or the production team, made the decision, something has been done about it now it seems.

And although this marks the end of Azaria’s thirty years playing the character, it’s hardly the end of his employment on the show. Let’s not forget, he also plays Moe, Wiggum, Comic Book Guy, Carl Carlson, Cletus Spuckler, Professor Frink, Dr. Nick Riviera, Lou, the Sea Captain, Superintendent Chalmers, Disco Stu, Duffman, and the Wiseguy. And tons of other one-time characters. He’ll be fine, The Simpsons will be fine, and life will go on. And for those of you who really miss Apu, there’s always the endless reruns.