Two uniquely American art forms spawned in the 20th century were comic books and rock n’ roll. But what few people know is that the the so-called King of Rock n’ Roll, Elvis Presley, was deeply inspired by a comic book superhero — Captain Marvel Jr., who will make his big screen debut in the upcoming Shazam! film, played by actor Jack Dylan Grazer.

After the soaring popularity of the original Captain Marvel comics in the early 1940s, so popular they even outsold Superman comics for several years, the character’s publisher Fawcett decided to create a spin-off hero. In 1941, they introduced Captain Marvel, Jr., who proved equally popular, and was given his own series months after his debut. And one of the comics’ most ardent fans was a young boy named Elvis Aaron Presley.

Captain Marvel, Jr. was teenager Freddy Freeman, who is crippled in a fight between Captain Marvel and his nemesis, Captain Nazi. Marvel takes Freddy to the lair of the wizard Shazam, who grants him the powers of Captain Marvel, whenever he says the name of his hero out loud. Unlike his mentor however, Freddy remains a teenager in superhero form, and also remains handicapped while in his mortal identity. Despite being a teenager, many of those early stories were more serious than the adult Captain Marvel comics, with Freddy taking on urban crime, while living a meager existence in his regular identity. 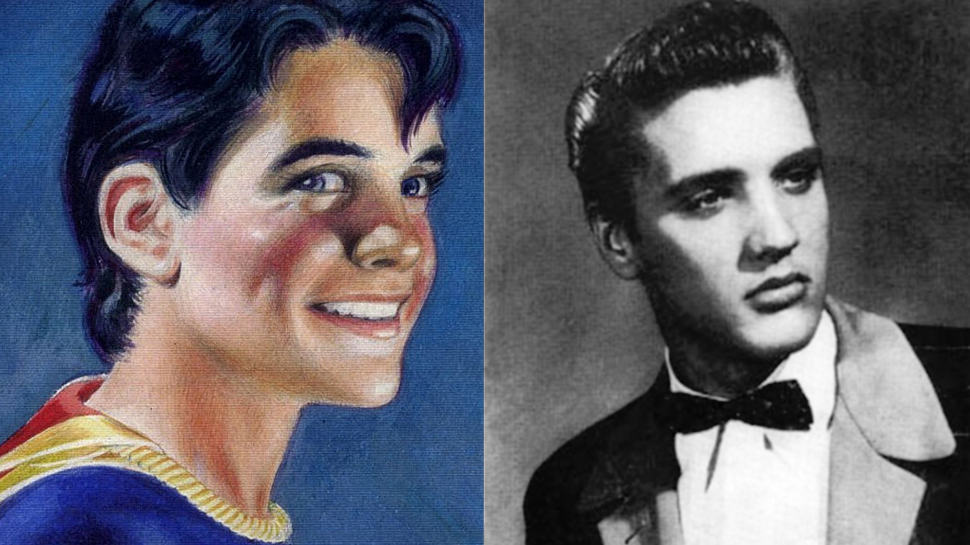 So when did Elvis first come across Captain Marvel Jr? No one is sure, but if one goes on a tour of Graceland, they’ll be told that Elvis’ childhood collection of Captain Marvel Jr. comics still sits in the attic at his tourist destination estate. In addition, a copy of 1947’s Captain Marvel Jr. #51 is placed on the desk in the recreation of his childhood room at Memphis’ Lauderdale Courts housing complex. Elvis himself is on record as saying how much he loved comic books, imagining himself as the hero when reading them as a child. While he didn’t specifically state Captain Marvel Jr. was that hero…his comic book collection is pretty telling. 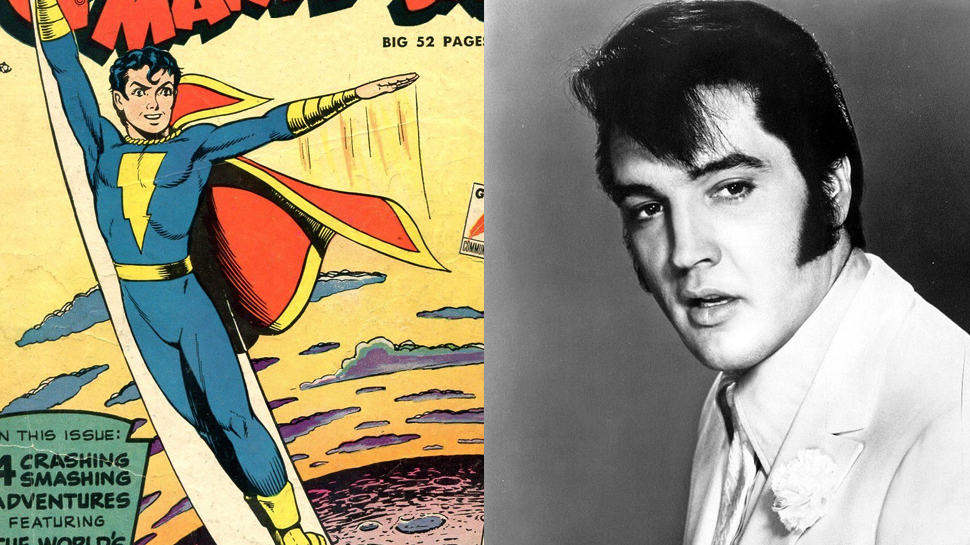 There are the other clues: Elvis’ early haircut seems very much based on that of Freddy Freeman’s from his late ’40s period. Elvis’ signature “half capes” worn on stage also seem very inspired by those worn by the teenage hero. And the insignia for Elvis’ core rhythm section, the TCB band? It’s a very Shazam-esque lightning logo. These all point to direct homages to the superhero he grew up loving the most. 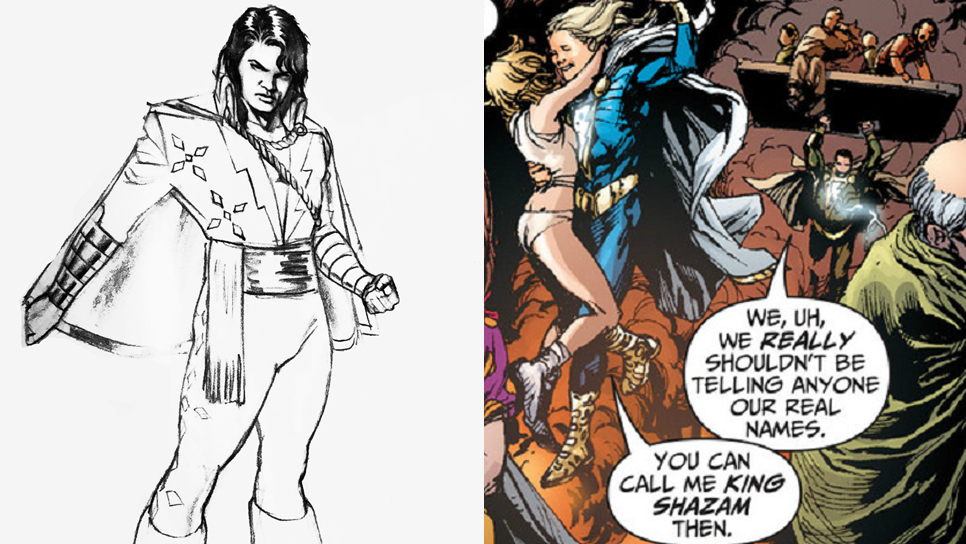 And in turn, ever since it was revealed how much Elvis loved Captain Marvel Jr., the comics themselves have returned that inspiration. In the 2000s era Teen Titans series, Captain Marvel Jr. was described as a big Elvis fan. Another famous homage took place in DC’s seminal graphic novel Kingdom Come, where we get a glimpse of a future version of Captain Marvel, Jr., whom artist Alex Ross specifically designed to look just like ’70s-era Elvis. He even named the character “King Shazam,” as a tribute to the King of Rock n’ Roll. The latest version of the character, named “Shazam Jr.,” also petitioned to be called King Shazam.

Will Jack Dylan Grazer pay homage to Elvis as well in the movie?  Unknown, but if it were to happen, it would sure be in keeping with tradition.