Shazam has, after decades in the shadows of DC’s more famous heroes, come into the light of day with his first upcoming feature film soon to be released. The David F. Sandberg helmed family flick looks like it’s going to be a lot of fun, drawing on all eras of the character’s history, including the choice to include his unconventionally short cape.

So why does Shazam have such a short cape, and why does it even matter? Well, in a lawsuit years ago it was a vital point in a legal fight over whether the character was derivative of Superman.

As the National (DC Comics) vs. Fawcett lawsuit took place decades ago, it’s near impossible to find transcripts. But the suit focused on DC suing Fawcett for the similarities between their character of Captain Marvel and DC’s own Superman. The original suit was found in Fawcett’s favor, though years later National would appeal and end up bankrupting their competitor, eventually taking ownership of the character that they once ligated over. Intellectual Property law is depressing. 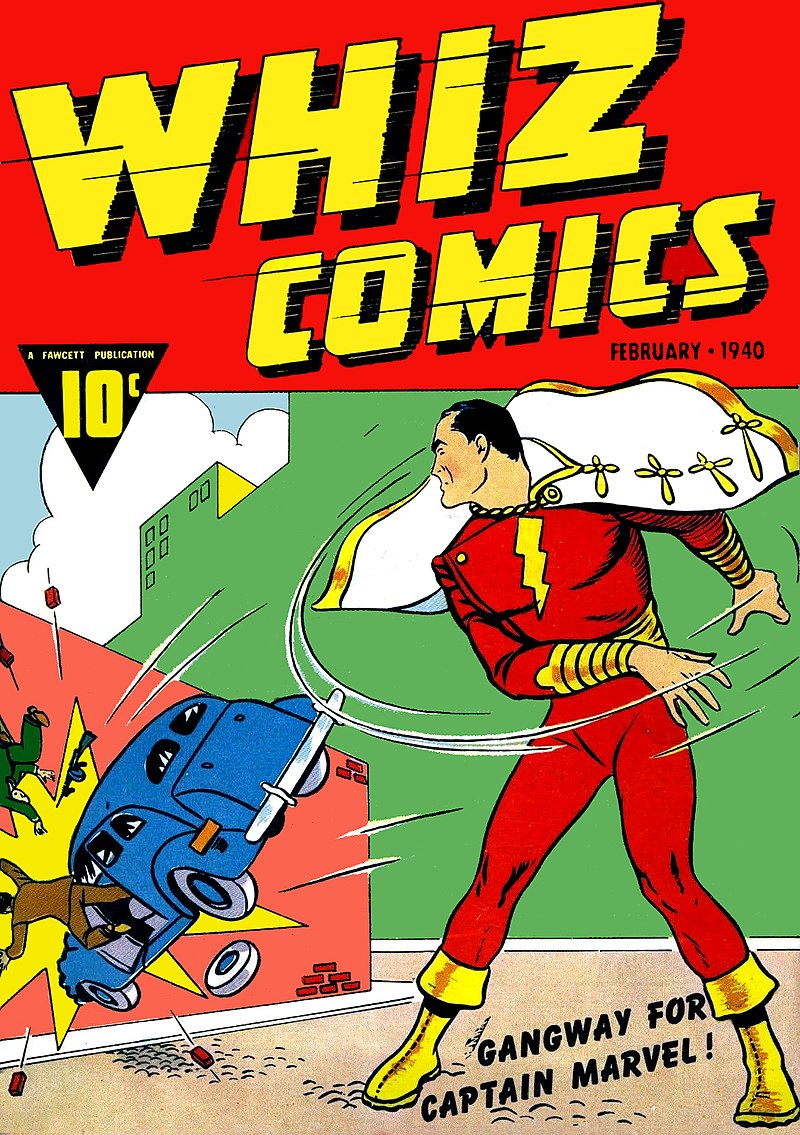 In the 1950s court filing which was the basis of Fawcett’s eventual settlement with National, lawyers cited numerous similarities between Superman and Captain Marvel, including “skin-tight uniforms, boots, and a cape which is used in flying.” Though we don’t have the full courtroom transcripts of the lawsuit, in the Fawcett Companion: The Best of FCA–which collected the Fawcett Collectors of America Newsletter–there’s a very interesting essay by Captain Marvel’s co-creator, C.C. Beck, about the differences, specifically the military influence on the character’s costume.

“Captain Marvel’s was an operetta-style soldier’s uniform. He wore a sash, a jacket-like top, tight pants (not tights), and had a small, braid-trimmed cape flung over one shoulder when he first appeared. Such a costume was often worn by drum majors, doormen, or ushers. It wouldn’t have been out of place even on the streets in those days. Captain Marvel’s so-called ‘armbands’ were his Captain’s sleeve marks, showing the rank of Captain. Few people–artists, editors, or publishers–ever understood this or the fact that the decorations on Captain Marvel’s cape were the ornamental buttons and braiding used on military outfits…”

Though Shazam A.K.A. Captain Marvel has worn many different lengths of cape from the original trimmed style to the long and flowing capes of yore, the origin of his iconic short cape–which features in the new movie, albeit a little longer with a hood–has a lesser known military inspiration which separates it from the more traditional and cloak-like capes of its peers.