Former NASA engineer Mark Rober has used his skills to build some amazing machines and pull off some incredible stunts. He built the world’s largest Super Soaker and a massive airhorn, designed a hand-operated laser cutter, and filled pools with Jell-O and Orbeez water balls. He’s even helped nab package thieves with glitter bombs and called out carnival scams. However, his latest endeavor might be his most insane. Rober set out to test whether sharks are more attracted to fish or human blood. And in the process, he pulled a Hooper and got in the water to see the feeding frenzy up close.

And you don’t get much closer than sharks getting inside your cage.

Last year, Rober tested whether sharks would follow a single drop of blood in the water. This time around, Rober headed to the Bahamas for a far more intense experiment. With the help of Shaquille O’Neal and a private plane, he was able to visit the nearly empty island to see if sharks respond more to fish blood or human blood. However, since most stores don’t carry five pounds of human blood, he had to use cow’s blood. But the shark experts he worked with confirmed that there is essentially no difference to the ocean predators when it comes to mammal blood. 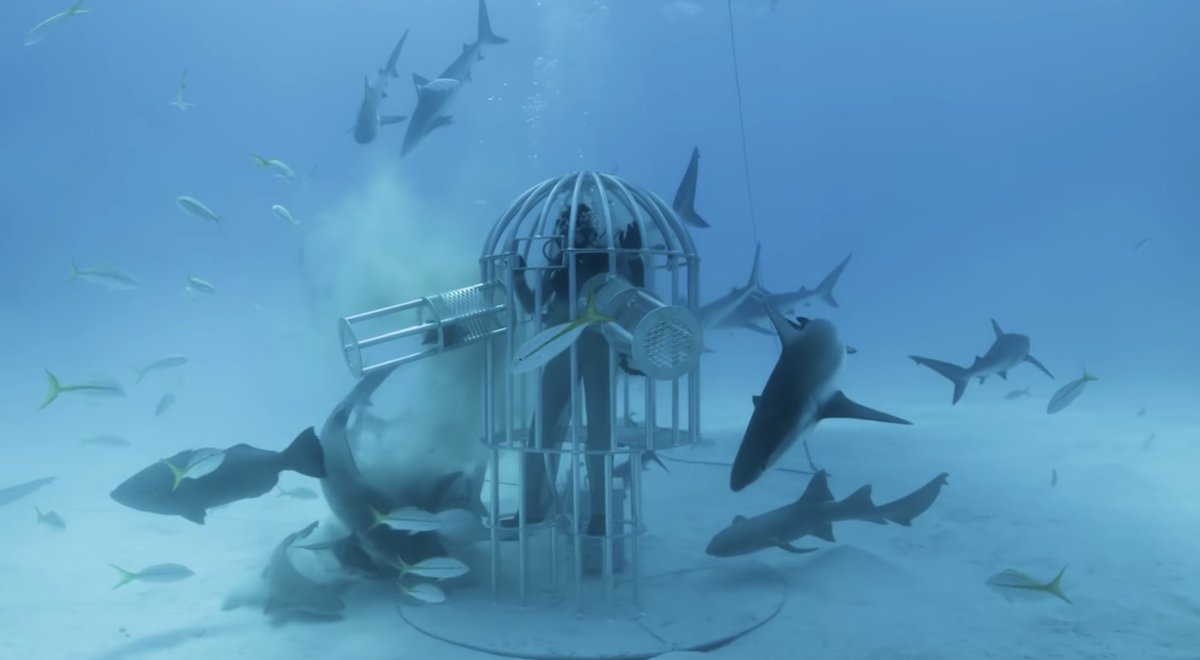 Even though sharks, after 400 million years, clearly seek out fish blood, a human popping large bags of fish smoothies in the ocean is going to draw some attention! Even with the experts nearby it seemed like trouble when the frenzy of sharks made their way around and then into the bottom of Rober’s cage. Things got even scarier when he tried to return to the surface, as swarm of sharks flocked back to his area—and his head! (At this point, that private jet felt more like a trip across the River Styx.)

Fortunately for Rober, and for us, sharks aren’t that interested in humans. Before they intentionally lured them in, the crew swam around the sharks safely, and they all got out of there okay even after the blood bait. In short: Sharks want to eat fish; not people. So maybe just don’t bathe in fish blood before you go swimming in the ocean.