One of the most charming aspects from old school episodes of Sesame Street was watching the characters interact with little kids. The show produced a metric ton of cute off-the-cuff moments like this, and they’re all really heartwarming. A truly adorable bit is a clip from a 1972 episode, where Kermit the Frog attempts to get a little girl named Joey to sing the alphabet. And she keeps interrupting him by just randomly saying the words “Cookie Monster.”

The thing is, the big blue cookie lover is not in this scene at all. You can hear in Kermit’s voice he’s not too happy, all upstaged by a Muppet who didn’t even show up to work that day. Now, via Boing Boing, we see that someone has taken that clip and edited it ever so slightly to show Kermy having had just about enough of being trolled by this kid. Yeah, she’s cute a s button, but a frog can only take so much trolling. You can watch the whole thing above. 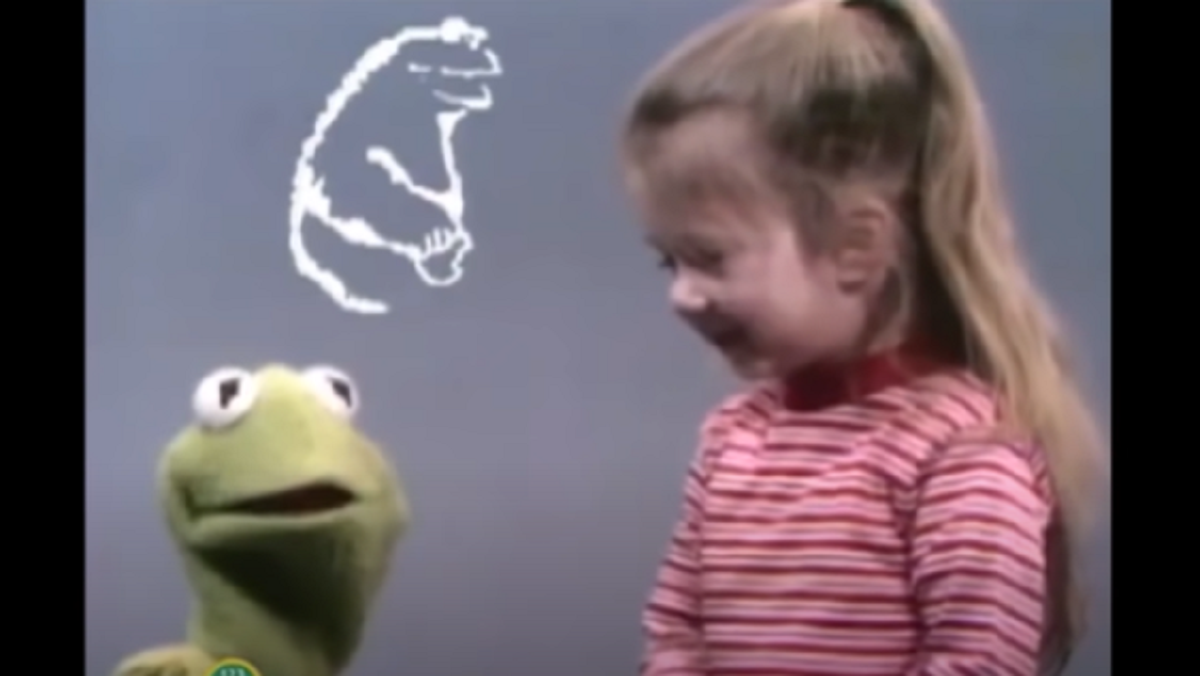 The original clip finds a long shelf life for decades, usually in Muppets/Sesame Street retrospective specials. It has taken on a life of its own. The internet has only furthered that. In fact, it is clearly an influence on the character of baby Ike in South Park. Kyle’s little brother would randomly spout off the words “Cookie Monster” in an adorable baby voice. And this old Sesame Street clip was clearly the inspiration for that.

So where is Joey now? Unlike little John John from Sesame Street, who famously counted to twenty with Herry Monster as a kid and as an adult, we don’t know what became of Joey. Hoping that wherever she may be, she’s proud that she got to troll Kermit so hard. Miss Piggy would be proud.