Microbots Somersault Through the Colon to Deliver Drugs - Nerdist

Microbots Somersault Through the Colon to Deliver Drugs

As tiny, relatively primitive robots rapidly shrink in size, it’s becoming clear they may soon invade people’s bodies. Earlier this year, for example, a team of researchers showcased an ability to inject tiny bots via syringes. Now, another team of scientists says it has successfully deployed drug-delivery robots in vivo—by sticking them up a mouse’s butt and having the microbots roll around its colon.

Futurism reported on the breakthrough experiment, executed by scientists at the Solorio Lab at Purdue University in Indiana. The scientists, who published their findings in the journal Micromachines aimed to show that their microrobot design is “promising for targeted drug delivery” and other biomedical applications.

The tiny robots, which are only a few hairs wide, don’t have batteries, or any onboard form of collecting energy. Instead, the robots’ creators use magnetic fields to control the diminutive drug-delivery systems wirelessly.

“When we apply a rotating external magnetic field to these robots, they rotate just like a car tire would to go over rough terrain,” David Cappelleri said in a Purdue press release. Cappelleri, an associate professor of mechanical engineering and co-author of the paper, added, “The magnetic field also safely penetrates different types of mediums, which is important for using these robots in the human body.”

In the GIF and video above, the scientists show one of their microrobots moving through a sedated mouse’s colon. On top of that, the clips also show the robot properly delivering a fluorescent “mock drug” to the mouse. It does so by back-flipping to a particular location in the colon before its faux drug payload diffuses. 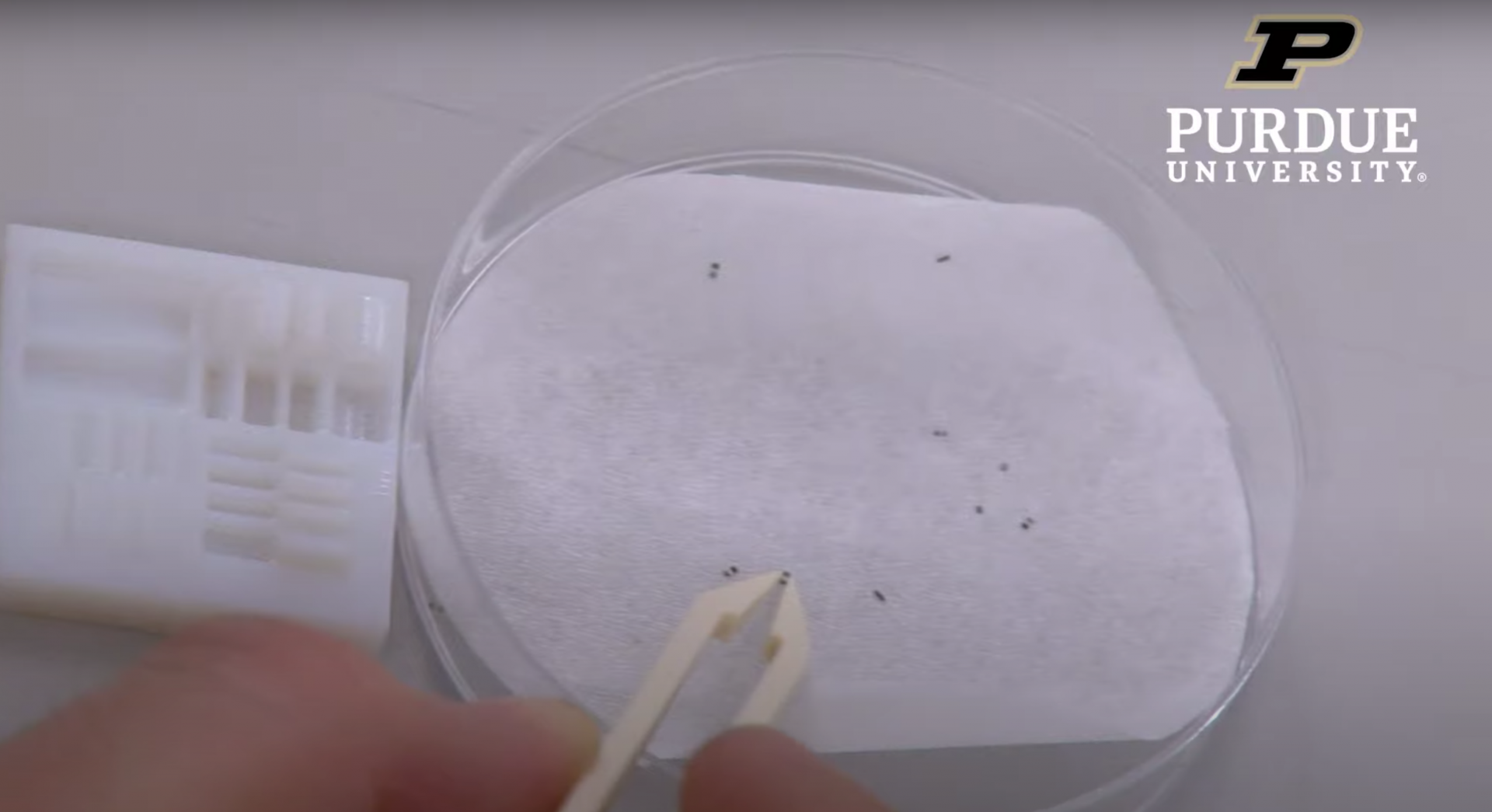 “We were able to get a nice, controlled release of the drug payload,” Luis Solorio added in Purdue’s press release. Solorio, an assistant professor at Purdue’s School of Biomedical Engineering, also said that, in the future, people could steer the microbots to a particular location in the human body, and then leave it there as its drug payload dissolves.

Moving forward, the scientists say medical professionals could use the microrobots as diagnostic tools as well as drug delivery systems. Common manufacturing machines, they say, could even produce hundreds of these microbots simultaneously. And when that happens, all we can do is heed Ray Arnold’s timeless life advice.