Scientists Discover a New Kind of Bat with Orange Fur

Bats are a staple of Halloween decor. But researchers have found a new species of nocturnal flyer that may make for an even better spooky season mascot. A newly discovered bat combines black wings with an orange body. And that color combination makes for one very cool creature.

The orange-colored bat, Myotis nimbaensis (which we first learned about at The New York Times), was first found in 2018 by a team of of scientists led by the American Museum of Natural History and Bat Conservation International. They were surveying a habitat for endangered bat species in the Nimba Mountains of West Africa’s Guinea. (The bat’s scientific name means “from Nimba.”) 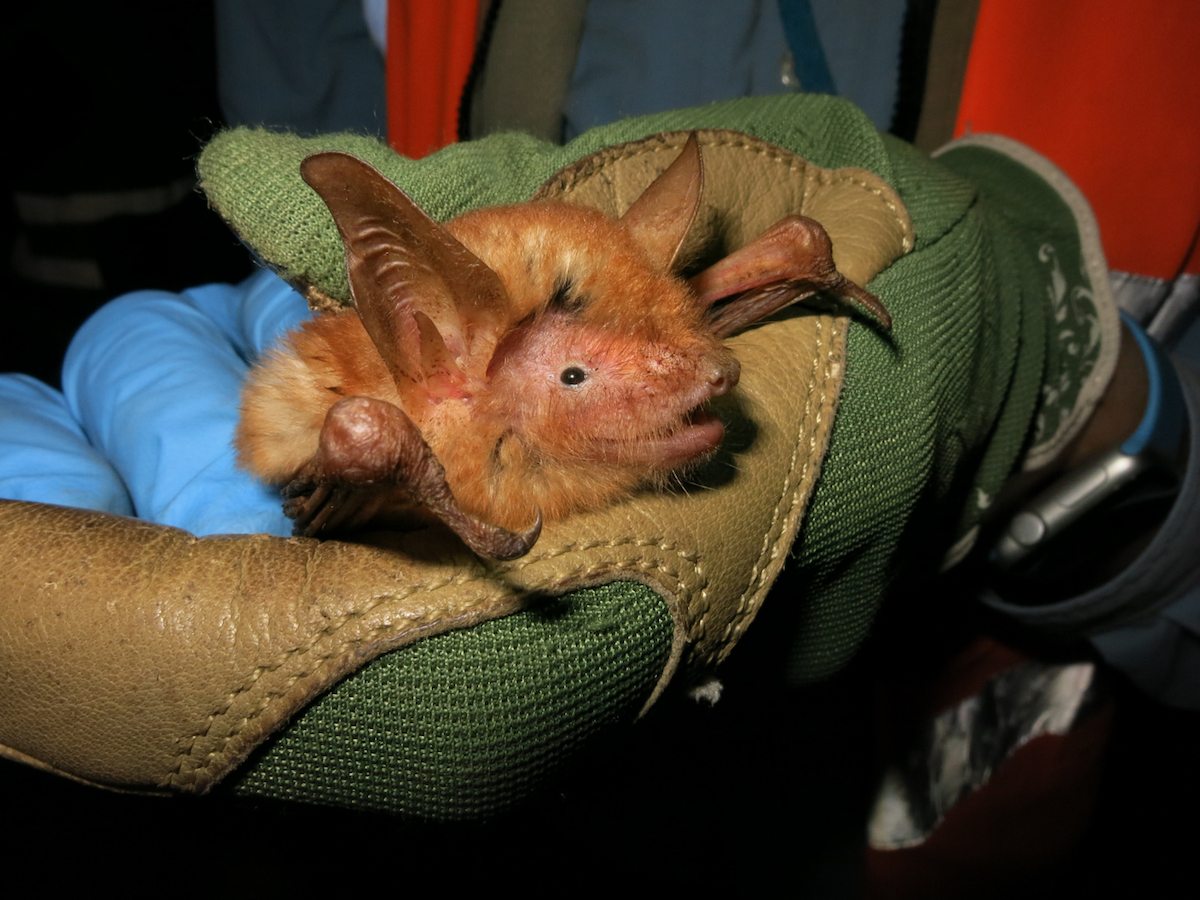 While working, they made an unexpected discovery of an undocumented type of bat. From its unique appearance alone, the team of experts knew immediately they had found something incredible.

“In an age of extinction, a discovery like this offers a glimmer of hope,” said Winifred Frick, University of California, Santa Cruz associate research professor and chief scientist at Bat Conservation International, in a press release. “It’s a spectacular animal. It has this bright-orange fur, and because it was so distinct, that led us to realize it was not described before. Discovering a new mammal is rare. It has been a dream of mine since I was a child.”

But just to make sure they found what they thought they found, that very same night they contacted the American Museum of Natural History to check with curator Nancy Simmons. She’s a bat expert and chair of the Museum’s Department of Mammalogy. “As soon as I looked at it, I agreed that it was something new,” said Simmons. “Then began the long path of documentation and gathering all the data needed to show that it’s indeed unlike any other known species.”

If you would like to learn more, the team shared their discovery in a paper published at American Museum Novitates. The only downside is that scientists think this incredible creature is “likely critically endangered.” We can’t have that. We just learned about one of the coolest looking bats ever. Forget Halloween; we want to see one any time of year.