A ton of people are deciding to forgo the traditional trick-or-treating due to the coronavirus pandemic. But this won’t stop people from taking drive around town to check out some incredible Halloween decorations. This year is perhaps the best time to go all-out with scary, bloody, and all-around spooky décor but too much gore might lead to trouble. Just ask Steven Novak, a Dallas based artist whose gory decorations are attracting the attention of the police.

We first picked up on Novak’s decorations via AV Club and they are a little too realistic. His display features a large splatter of blood near the front porch with a body on the steps. Its head is completely smashed under a big grey safe. Ouch. There’s also a faux victim dangling from the room with a knife in its skull. Another body lies face down on his walkway with what looks to be a chainsaw in its back. There’s a wheelbarrow nearby with yet another body in a black trash bag. It’s all really quite the sight to behold. 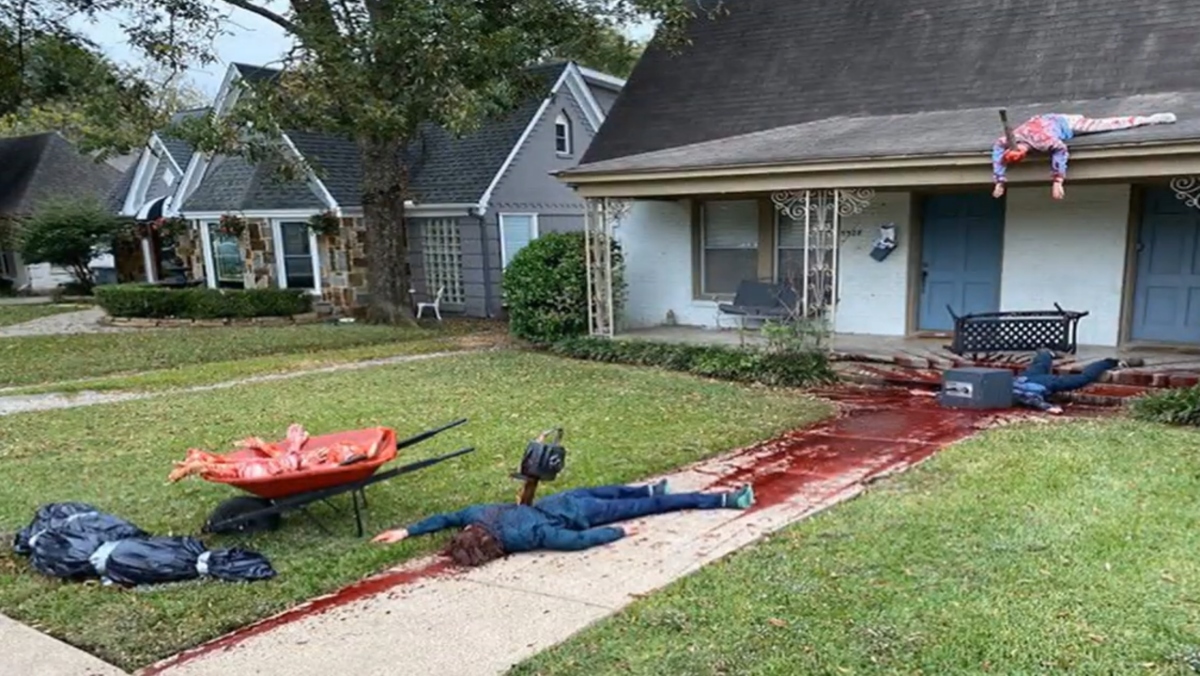 His neighbors likely know what’s going on but it’s pretty clear that the cops aren’t in on the joke. Novak spoke to the Dallas Observer about the bloody layout, saying the police thought they were cool but they also have to check out complaints too. Novak says he flung 20 gallons of fake blood all over the place to conjure up more fear than any skeletons or spiders could deliver.

YouTuber Savage Mister took a look at the photos and used a bit of his detective skills to locate Novak’s house. He shot a quick video of him hopping out the car to get a much closer look. Interestingly, Novak lives in a duplex so his neighbor has to tiptoe through his gory scene to get out. There isn’t any blood due to rain but surely Novak will re-up the splatter on Halloween, right?

Halloween 2020 might be a lot different but there’s nothing that can stop people who love this holiday from causing a few scares—and police complaints too.