This Nerdoween, we pitted 64 of the greatest fictional witches against one another in the ultimate tournament to declare pop culture’s best ever. We then asked you to decide who should take home the crown. Now the people have spoken! In the end, one witch stands/floats/flies above all the rest. She not only survived an impressive field—made up of good, evil, antihero witches, and covens, from film, television, literature, and more—she thrived. As her powers proved to be too much for any of her foes. The winner and ultimate champion of our first-ever Nerdist Witch Week is pure chaos, Marvel’s Scarlet Witch.

Who will be crowned the winner? ⤵️🗳️

If we knew how to read omens, we would have seen this coming. But we probably should have anyway. After decades as one of Marvel Comic’s most powerful characters, Wanda Maximoff’s fame has never been greater. Earlier this year, the villain-turned-hero of the MCU finally got a chance to shine without the shadow of her fellow Avengers. WandaVision on Disney+ showed everyone she is worthy of this title.

A title she made look easy. No one ever really challenged Wanda in the Antihero region. However, she finally had (for her) a close call in the final four. She “only” beat the Good Witch division winner, Minerva McGonagall, by 11% points. The Scarlet Witch then went full Molly Weasley in the title game. She demolished surprise Evil Witch region winner Bellatrix Lestrange. And that was after Bellatrix had her own impressive final four win over The Sanderson Sisters of Hocus Pocus, who emerged as the Coven region winner. 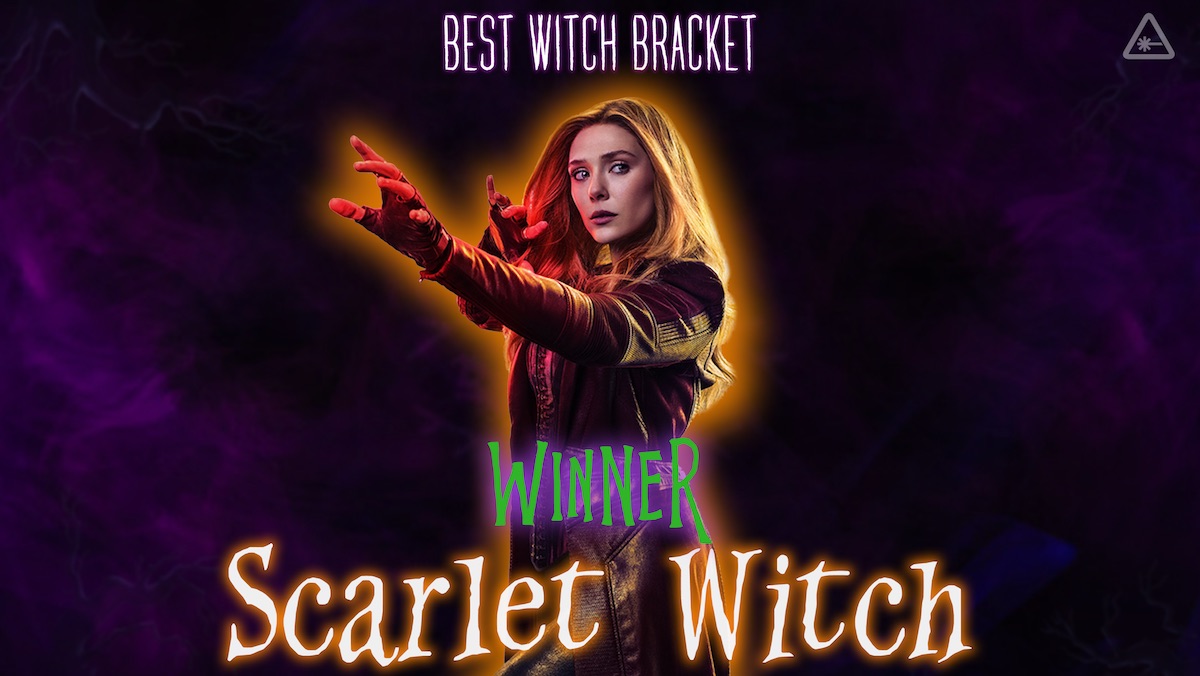 While it’s not surprising Wanda stands as the best witch in pop culture history, it was surprising how badly she defeated her fellow Marvel witch Agatha Harkness in the elite eight. Instead, the Scarlet Witch walloped her in what we expected to be a close contest.

But really, we should have seen that coming too. You don’t deserve the title of pop culture’s best witch ever if you can’t beat your own biggest enemy.

All hail the Scarlet Witch. She is truly a deserving champion. And all hail those of you who voted in our tournament. You made this contest possible. And for that, we will toast our witch’s brew to each one of you this Halloween.

Marvel
Who Is Kang the Conqueror? The Marvel History of the MCU’s Next Villain, Explained
Eric Diaz
10 MIN READ