SCARE ME Clip Illustrates the Joy of Telling Horror Stories

When I saw Scare Me at 11:00 PM on my final night at the Sundance Film Festival this year, I didn’t realize how perfect a metaphor for this year it would become. The movie is about a pair of horror writers—one very successful and famous, the other less so—who hole up together during a blackout in the mountains. They then just start talking and telling each other scary stories. And it sure does feel like the last seven months have been one long snowed-in horror tale. You have to stave off boredom as much as possible. And maybe the stories start to seem real.

In the above clip, we see what makes Josh Ruben’s horror-comedy so fun: Fred (Ruben) and Fanny ( Aya Cash) tell stories to each other, and later with each other. The better they tell the story, the more we the audience see that story come to life. Be it werewolf shadows or gremlins munching on fingers, Scare Me gives us just enough of the horror in the story for us to feel enveloped in it. 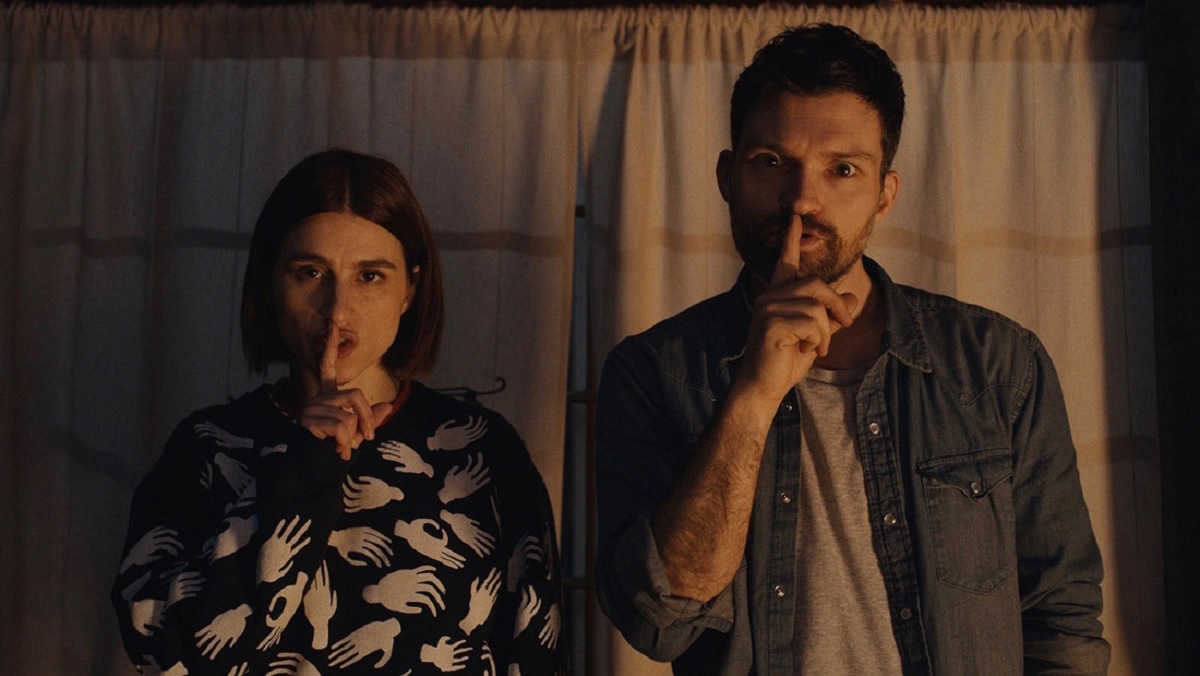 It’s a really innovative way to do a movie that could almost exist as a stage play. It’s mainly two characters in a cabin. Eventually a pizza guy (Chris Redd), who’s a big fan of Fanny’s arrives, and joins in the festivities. Scare Me always blurs the lines between the reality of the fiction and the fiction of the reality. Plus is really funny.

But don’t take my word for it… or do, it’s fine. Either way, Scare Me is now on Shudder, perfect for the Halloween season and for going into the eighth month of quarantine. It’s not your average horror movie, but if you go with it and enjoy the unfolding stories, it’s incredibly rewarding. And, at times, pretty f***ing scary, dude.