Sarah Kuhn on Her Radical Fairy Tale FROM LITTLE TOKYO, WITH LOVE - Nerdist

Sarah Kuhn on Her Radical Fairy Tale FROM LITTLE TOKYO, WITH LOVE

You probably already have a favorite Sarah Kuhn book. From the original DC graphic novel Shadow of the Batgirl, to her romantic YA debut I Love You So Mochi, to her beloved original novel series Heroine Complex, Kuhn has carved out a career as a dynamic storyteller who loves to center authentic and engaging Asian American characters. Her newest fairy tale romance From Little Tokyo, With Love is a delightfully radical take on the genre. It blends the personal and the fantastical to create a hopeful and moving exploration of identity, love, and happy endings.

Like all of her books, From Little Tokyo, With Love began with a character. Rika is a young, angry half-Japanese girl. “[She’s] much like myself,” Kuhn chuckled. “Or, you know, as the girl I was in my youth. She doesn’t believe in fairy tales or happily ever after. Then, of course, she is challenged quite greatly on that notion.” 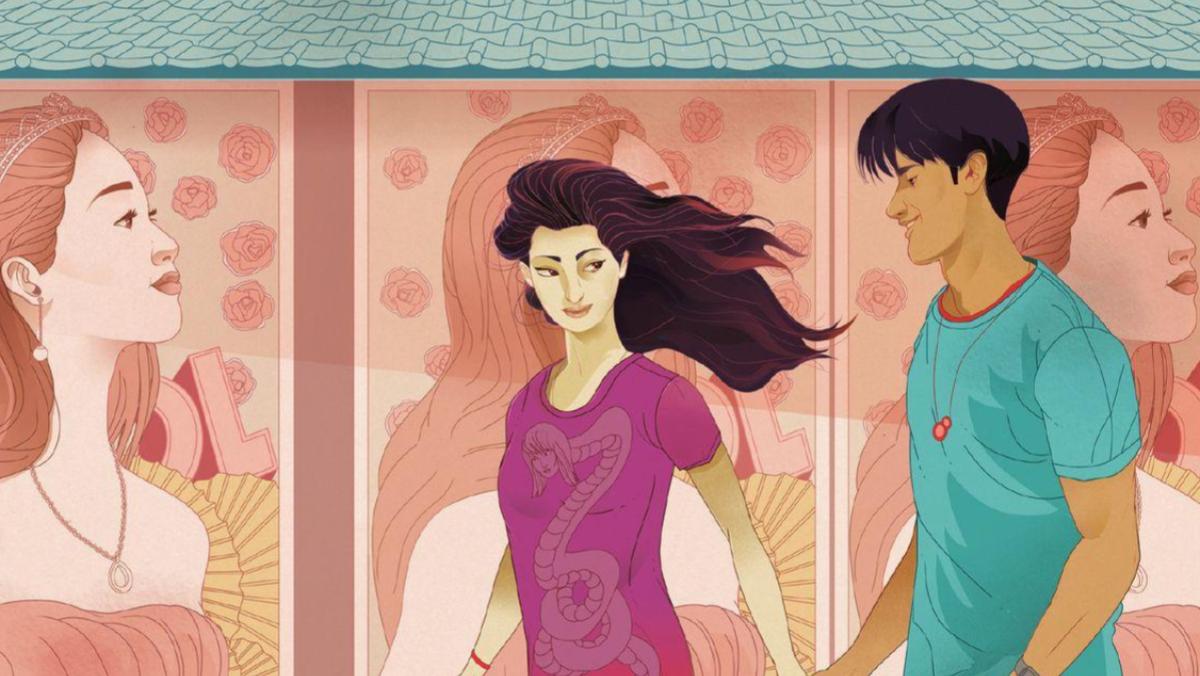 Kuhn’s own experiences growing up as a mixed race Asian American woman inspired her. And, specifically, the lack of stories she saw herself in. She said, “I felt like, certainly, the fairy tales and stories that were super happy and romantic for other people that I consumed growing up, I never really saw anyone like myself getting a happily ever after in those stories. That contributed a lot to making me think that kind of thing wasn’t possible for me.”

The author continued. “So I thought, here’s this girl. She’s maybe not inclined to like these things anyway. She doesn’t fit what we think of as the princess mold. And she doesn’t think that because she’s just maybe never seen it. And so what would challenge that idea? If that’s deeply ingrained in someone from all the media we’re consuming and all the things we’re told about ourselves, what would challenge that?”

To get to that answer, we need to talk about Rika. Her fairy tale echoes that of Cinderella, but happier. She lives with her aunt and loving cousins, but her life turns upside down when she realizes her mother might be a famous Asian American rom-com star. The monumental success of Crazy Rich Asians inspired her. “It was such a joyous moment for our Asian American community. Watching that movie, I had such an emotional reaction. I was crying, I was feeling so much joy. It blew my mind. So I started thinking, ‘What would it have been like if I had actually grown up with Asian American rom-com heroines?'”

That’s when it all clicked for Kuhn. What if you had this angry, independent young woman who doesn’t care about fairy tales or romance? Someone who’s challenged by the realization that her mother might be a famous actor. But where to set the modern fable? For the author, there was only one answer. “I had to set it in Little Tokyo!” Kuhn explained. “Little Tokyo is a neighborhood here in LA. It’s been very important to me. It’s so vibrant. It’s so beautiful. It has so much history. And I feel like when I’m there, there is this kind of magic about it.” 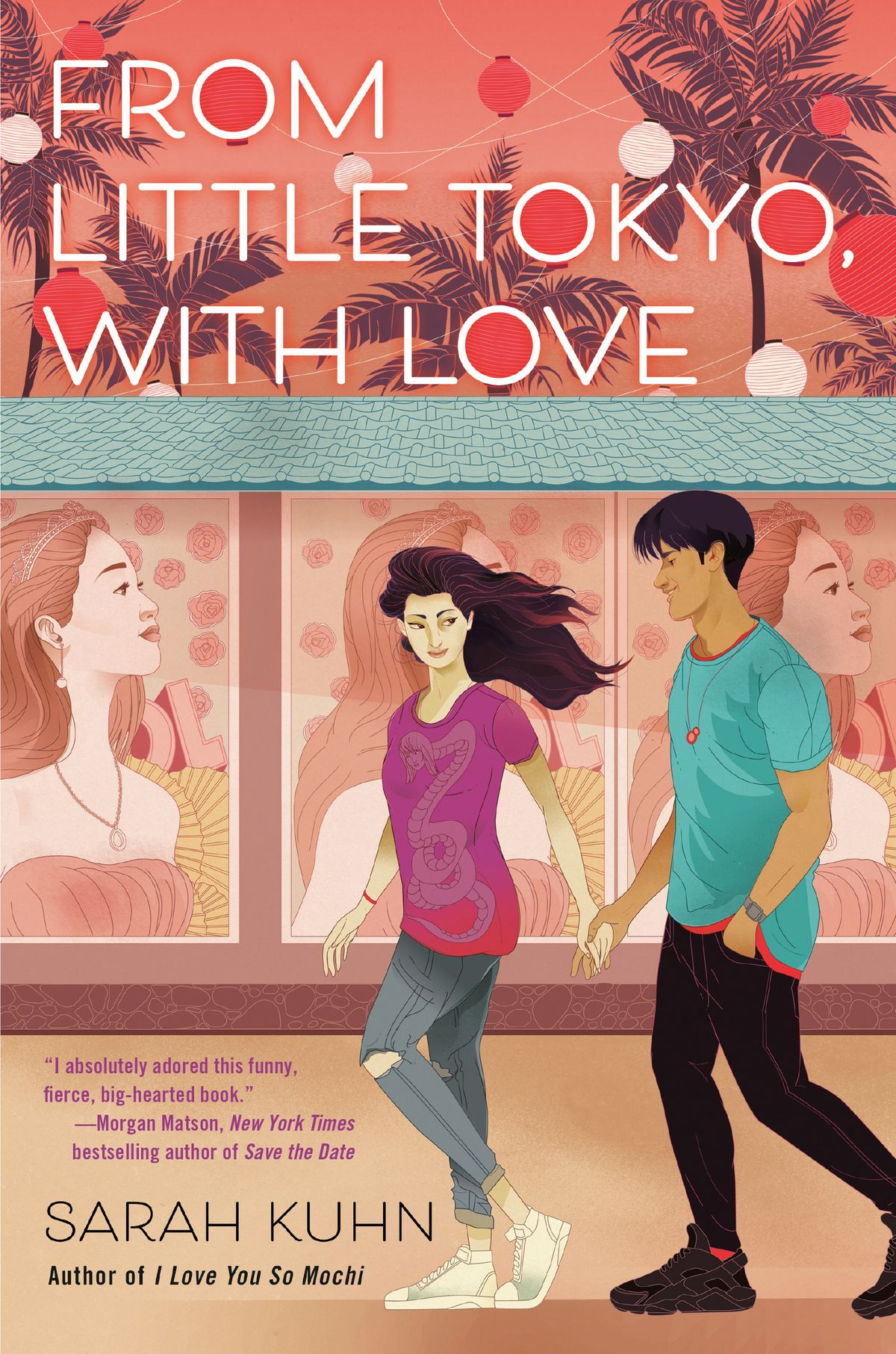 Growing up as one of the only non-white people in a really small, white town led to Little Tokyo being something of a revelation for the writer. “The first time I went to Little Tokyo, it was just kind of this mind-blowing experience,” Kuhn shared. “I really felt like it was home. I felt this connection to it. So I wanted to write something about that. About someone who has grown up in Little Tokyo who also has that feeling about it, and can also kind of defend the honor of LA.”

Kuhn’s desire to defend the City of Angels will be recognizable to anyone who lives here. “I feel like the way LA is portrayed in a lot of media it’s not that well thought of,” Kuhn explained. “It maybe doesn’t have the best reputation. A lot of people think it’s superficial and everybody is just out for themselves. That there’s no culture, there’s no art. And whenever that comes up I dispute that so strongly. If you live here you can see that it does have culture and art. It has such a deep history and wonderful communities. This is where I feel like I’ve really found my community, especially my Asian American arts community. It also has all these beautiful places. And so many different kinds of nature. I feel like LA has everything and I love it so much, so I wanted to show that LA.”

She also has a clear vision of what she hopes readers will take away from the tale. “I always think of the reader who’s like me. I’m probably writing mostly for Asian American girls. I want them to take away from it: you can have your happy ending. It does not have to look like what you think is the ‘right’ happily ever after. It can look however you want. You should be celebrated for everything that you are. You should be loved for everything that you are. You should be able to lift up and celebrate the things that you think are flaws or problems. You should embrace those because they make you who you are.”

You can get From Little Tokyo, With Love from wherever you buy books.