There’s no doubt film star and alcohol salesman Ryan Reynolds has a gigantic heart. Despite his witty, often stinging retorts, he’s a charitable person and obviously loves his fanbase. Now, the Deadpool star has increased his heart size to 11 with a new “ugly sweater” video for a children’s hospital in Toronto.

Reynolds, who’s been producing, and starring in a bevy of commercials lately, just posted the above video to his YouTube channel. The actor made the video for The Hospital for Sick Children (or SickKids) in Toronto. The hospital, affiliated with the University of Toronto, is the largest of its kind in Canada, and provides research-intensive care.

The video itself, which comes via Laughing Squid, features Reynold’s handsome face and snippy quips. (We’d like to trademark Snippy Quipps as a cookie.) It also includes a very brief clip of NHL superstar, Auston Matthews, although Reynolds quickly cuts him off. To be fair, however, Reynolds is at least willing to share a little of his limelight with a puppy. 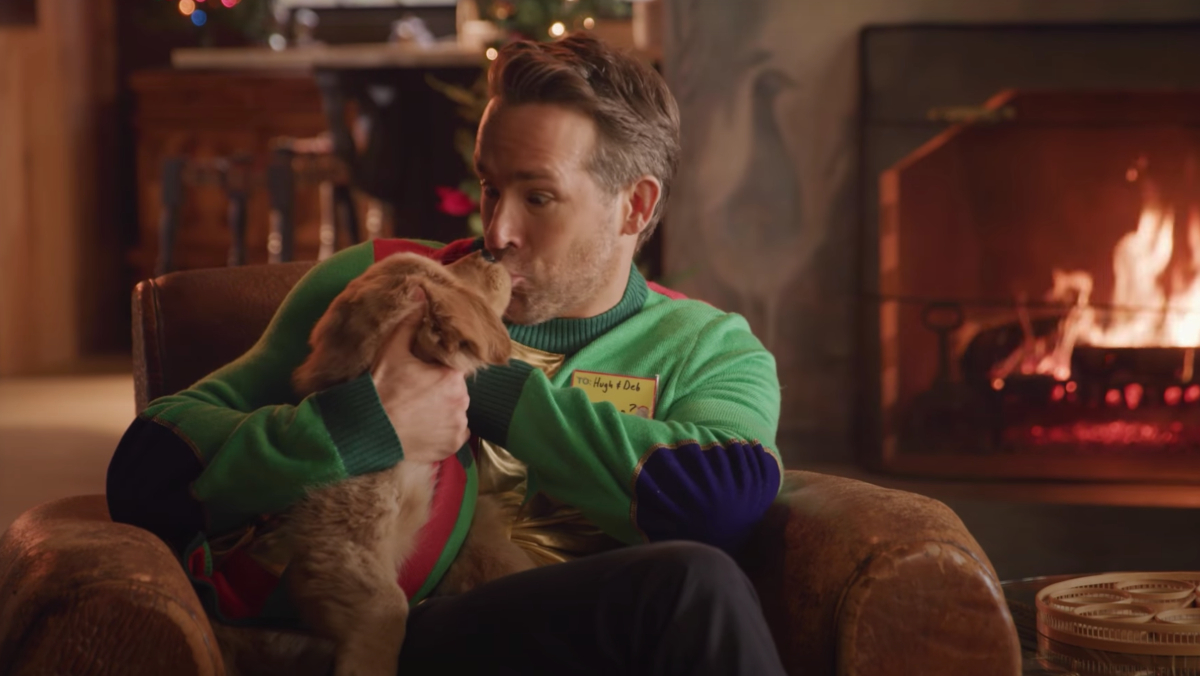 The highlight of the video is a gigantic, glowing sweater Reynolds and SickKids are now projecting onto the side of the hospital. The sweater consists of a whopping 5,000 lights, and is, perhaps, the prettiest ugly sweater ever. As a conceptual ugly sweater, at least. 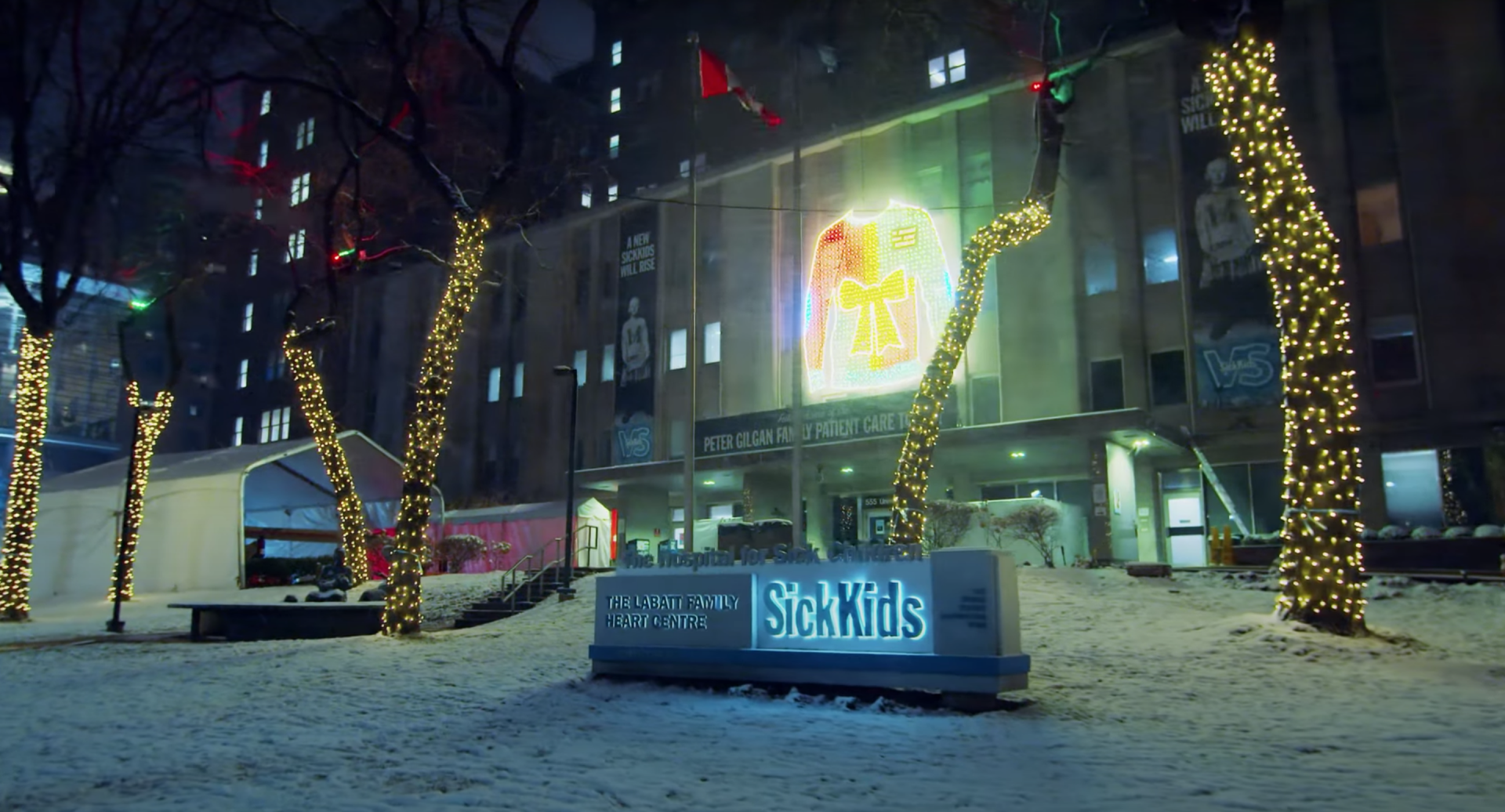 Speaking of which, Reynolds has used his iconic ugly sweater to fundraise for SickKids before. The video below from 2019 features Reynolds’ hideous green and gold sweater on a series of patients at the hospital. And in 2018, he was tricked into wearing it to a gathering by Hugh Jackman and Jake Gyllenhaal.

For those now inspired to donate to SickKids, here is a link to the hospital’s donation page. Up until December 24, or $100,000, the hospital says Samsung will also match donations. And while that’s great, we can’t help but imagine how much money Reynolds could raise if he sold a limited number of those ugly sweaters.