I don’t know if Ryan Reynolds loves being an entrepreneur so much as he loves making commercials. He has started multiple businesses under his Maximum Effort umbrella. That includes his own spirits company Aviation Gin and his own cellular service Mint Mobile. And each new endeavor has included some pretty great commercials, many starring him. Now he’s back with another funny ad for his new venture, the online dating service Match. It features the most iconic relationship of this god forsaken year—Satan and 2020. It’s a couple that deserves each other. But unlike this never-ending year of actual Hell, it also features a pleasant surprise. The commercial uses the new version of “Love Story,” the first rerecorded old song released by Taylor Swift.

Written by Reynolds himself, this Match commercial promises true love. True, horrible, complete nightmare for literally everyone else on the planet love. It follows the relationship between a giant horned Lucifer and the embodiment of 2020. We hope the dating service won’t actually pair up any literal demons with 2021. Hopefully the site’s admins will make sure its algorithm doesn’t lead to that. 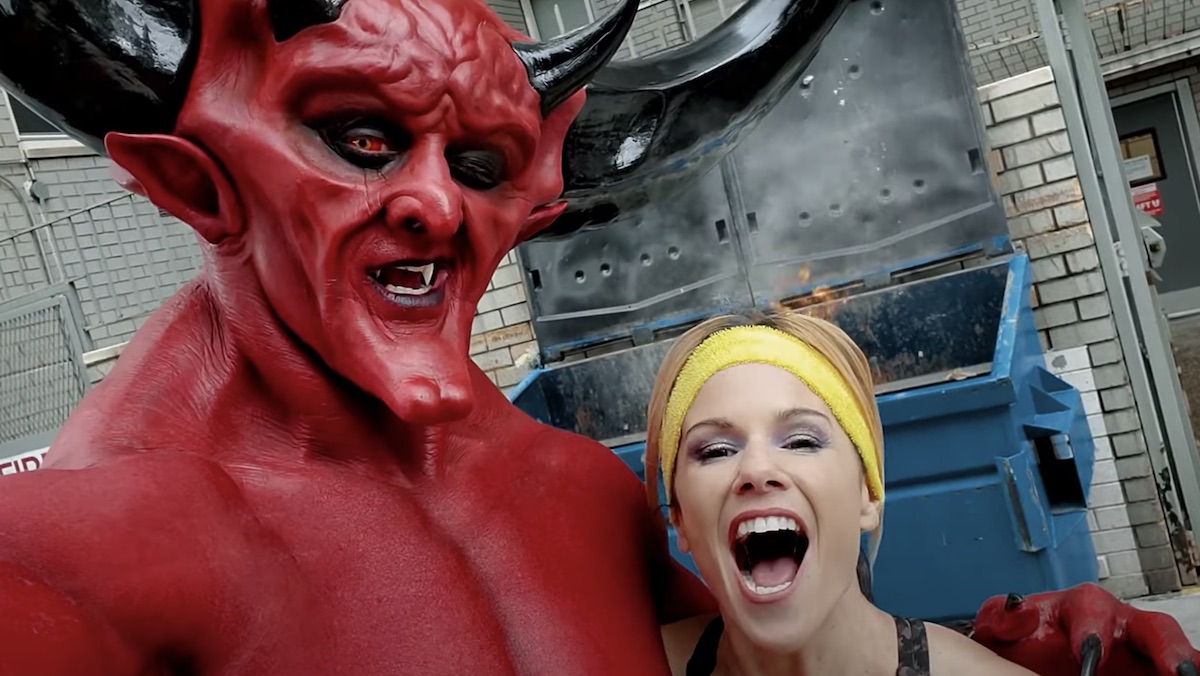 As for the perfect use of “Love Story,” this is not the version Swifties have known and loved since 2008. Taylor Swift doesn’t own the rights to her original recordings, so she’s rerecording all of her old albums. This commercial is the first time she has released any of these new recordings. She promises more are on the way soon, though. Swift just made an exception for her fellow superstar friend.

Okay so while my new re-records are NOT done, my friend @VancityReynolds asked me if he could use a snippet of one for a LOLsome commercial he wrote so...here’s a sneak peak of Love Story! Working hard to get the music to you soon!! https://t.co/0vBFXxaRXR

It’s fitting that a commercial about Satan falling in love is one of the funniest commercials of the year. And, somehow, it makes sense it would be how the rerecorded version of “Love Story” was shared with the world.

So go ahead, Mr. Reynolds, keep making all the commercials you want. We enjoy watching them as much as you do making them.