For years, fans have been waiting for past seasons of RuPaul’s Drag Race to find a permanent streaming home. They’ve bounced around from one platform to another for years, usually with a season or three missing. Well, the first 10 seasons have now arrived on the new Paramount + streaming service, formerly CBS All Access. To celebrate the arrival of the Ru Girls, several legendary queens from seasons past and present have done a series of cosplay photos, each celebrating iconic Paramount properties. You can see them all down below:

Jackie Cox is one of the nerdiest queens ever to walk the RuPaul’s Drag Race runway. And she especially loves Star Trek. Ms. Cox does the Vulcan salute, while wearing a variation of Number One’s uniform from Star Trek: Discovery and the upcoming Strange New Worlds. Love long and prosper gurl.

“Since the 1960s, Star Trek has broken down boundaries and shown us a future where everyone belongs,” Jackie said of the costume. “As a Drag Queen, the female characters of Star Trek have continued to inspire me, from Uhura, to Troi, to Janeway, to Burnham. Created for the first pilot of Star Trek, the character “Number One” was a woman ahead of her time as the smart, capable, and commanding first officer of the Starship Enterprise. Originally played by “the first lady of Star Trek,” Majel Barrett-Roddenberry, this character will finally get her full story told when Rebecca Romjin takes the reins on the upcoming Paramount+ show, Star Trek: Strange New Worlds.”

Season 12 finalist Crystal Methyd was her season’s “kooky queen,” and she channel all the wild energy into this Dora the Explorer cosplay. For Crystal, “Dora taught me it’s okay to ask for help, to celebrate the little victories in life, and to stand up for what is right. She is a true friend and encourages me to learn and use Spanish in my everyday life.”

“Dora taught me it’s okay to ask for help, to celebrate the little victories in life, and to stand up for what is right,” added Crystal. “She is a true friend and encourages me to learn and use Spanish in my everyday life. Which Paramount+ character inspires you?”

Next up, season’s 13’s trailblazing trans queen Gottmik and season 12’s French supermodel Nicky Doll are the ones that we want. The pair bring Danny Zucco and Sandy Olsson from Grease from the 1959 to 2021 in these stunning looks. 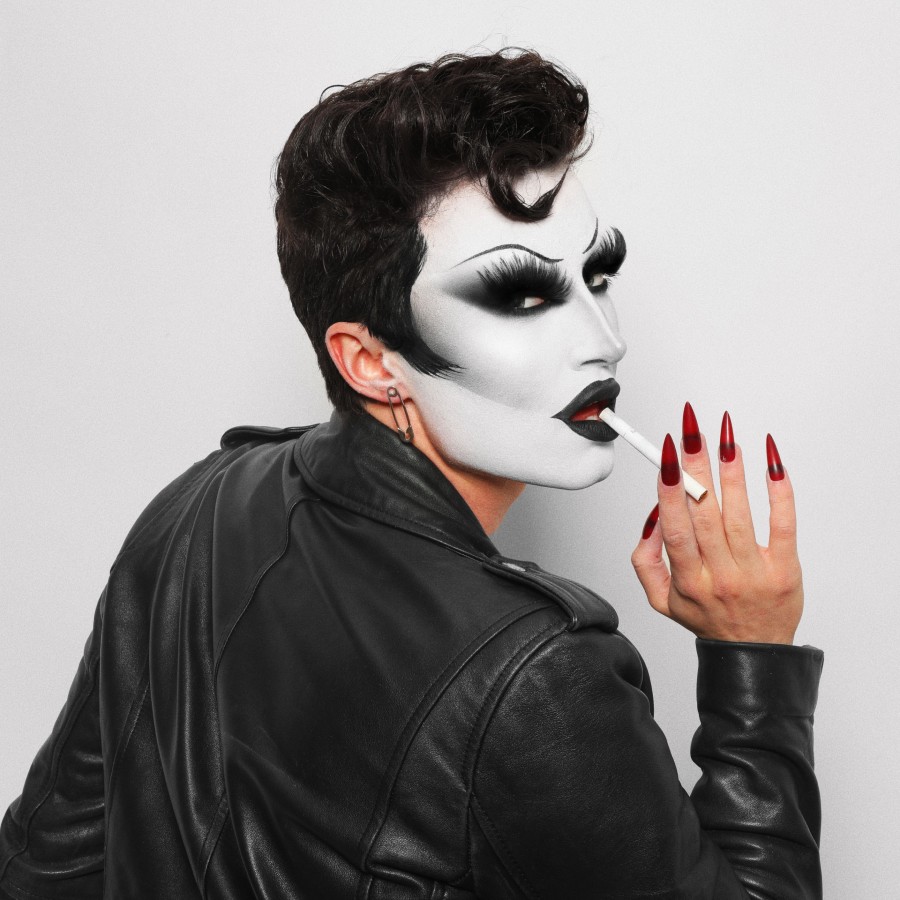 “Grease was one of my mom’s all-time favorite movies so I watched it a lot growing up and always have wanted to serve a Danny Zuko moment!” Gottmilk said. 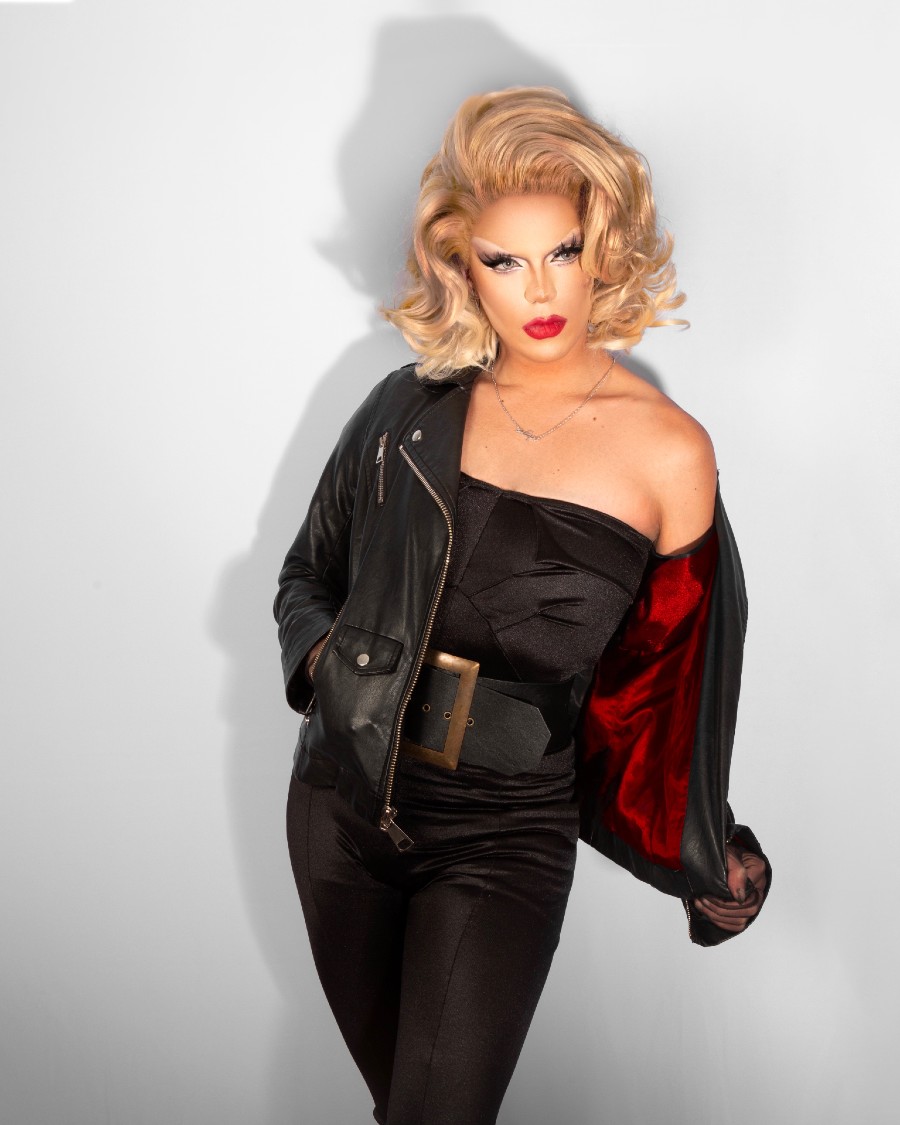 “The character of Sandy Olsson speaks to me because she is this extremely beautiful and talented lady from another country and moves to America,” explained Nicky Doll. “Seen as too pure and innocent for the role, she decides to really show her haters that she is indeed truly clever, driven, and not to be overlooked. She has a vixen and sexy side to her that nobody saw coming. I totally relate to that. Never judge a book by its cover.”

Who lives in a pineapple under the sea? The Widow Von ‘Du does. We think the season 12 contestant fills those square pants rather nicely. The Widow said, as to why she chose this iconic character, “I chose SpongeBob because deep down inside… I’m a goofy goober…. ROCK!!!” 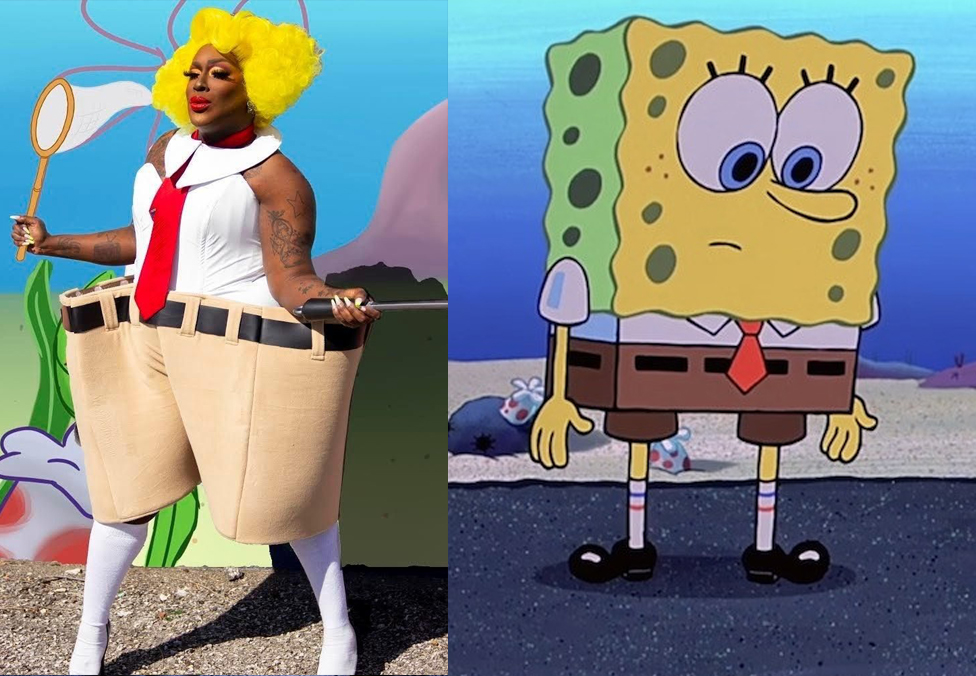 “I chose SpongeBob because deep down inside… I’m a goofy goober…. ROCK!!!” said Widow of the choice in costume.

Sports are available on Paramount+ as well, like the UEFA Champions League. Season 12’s meme legend Jan (or Jan Sport) goes full jock for this pic. Which is only fitting, as she was a soccer player for fourteen years. 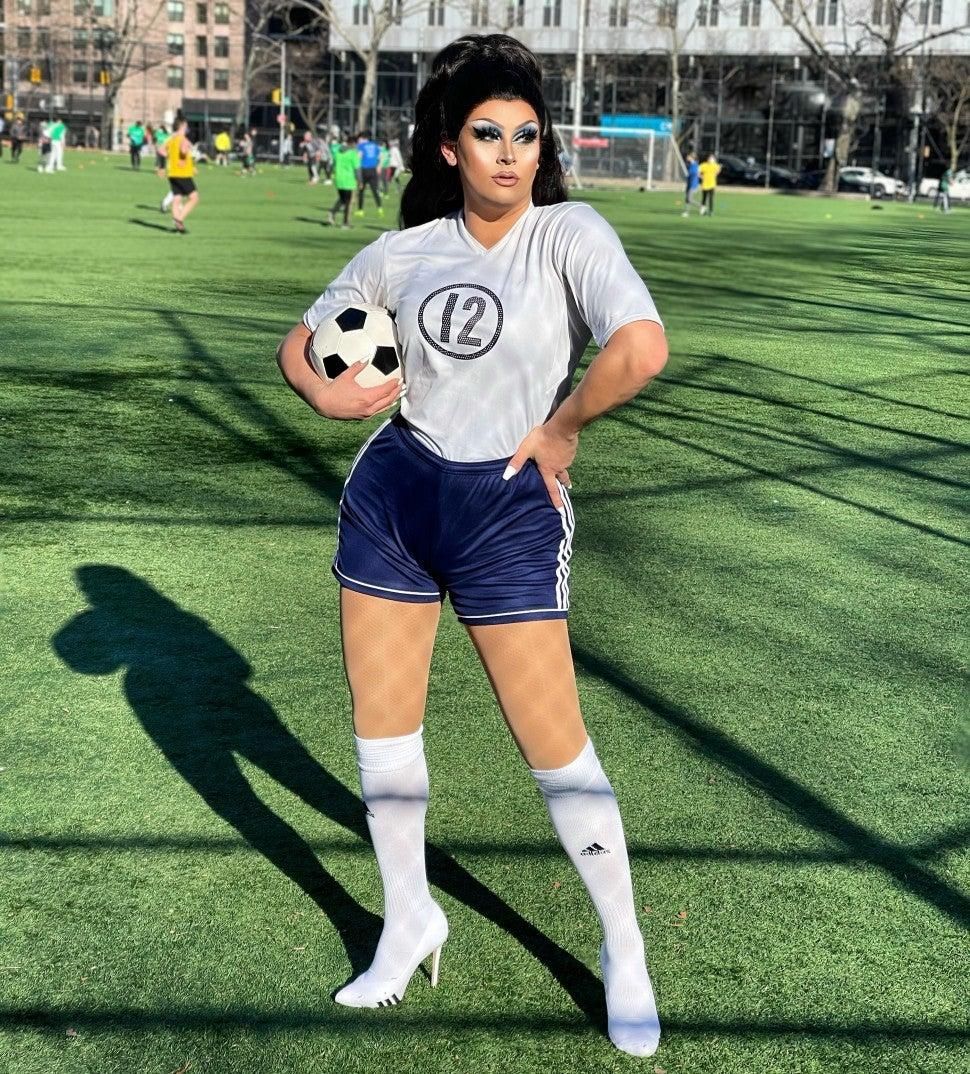 “Jan is putting the sport back in Jan Sport!” Jan exclaimed. “As a soccer player for 14 years, she cannot wait to watch the UEFA Champions League on Paramount+!”

Original The Real World cast member Heather B. was a huge inspiration for season 10’s Peppermint. About the former reality star and hip hop artist, Peppermint said “Heather B. was a woman in a field dominated by men and her strength, purity, and open-heartedness always shone through. I had the chance to meet her this year and all of those things were confirmed. She’s an amazing woman.” 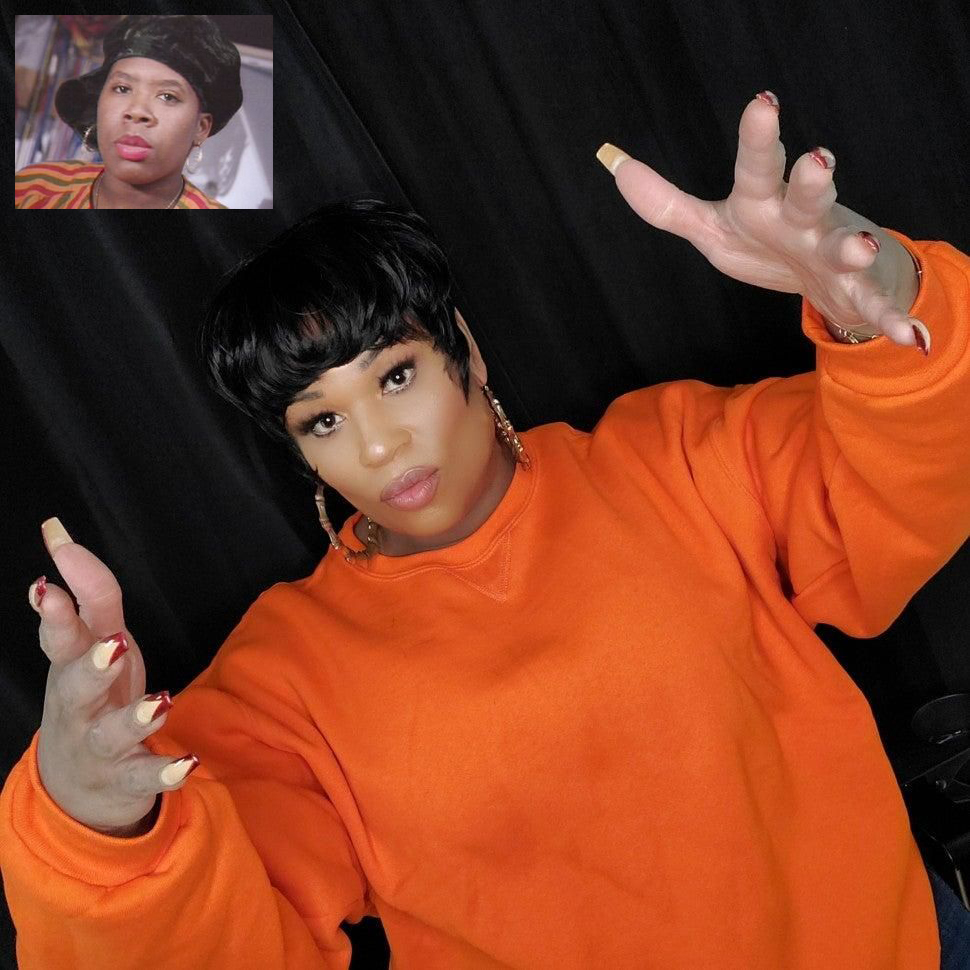 “Heather B. was a woman in a field dominated by men and her strength, purity, and open-heartedness always shone through,” said Peppermint. “I had the chance to meet her this year and all of those things were confirmed. She’s an amazing woman.”

Season 13’s Denali might have just sashayed away, but she’s sashaying back as Carmen Sandiego. As to why she picked this animated icon, Danali said  “I chose Carmen Sandiego because she’s a mysterious fashion icon, always on the go, and a boss lady through and through.” 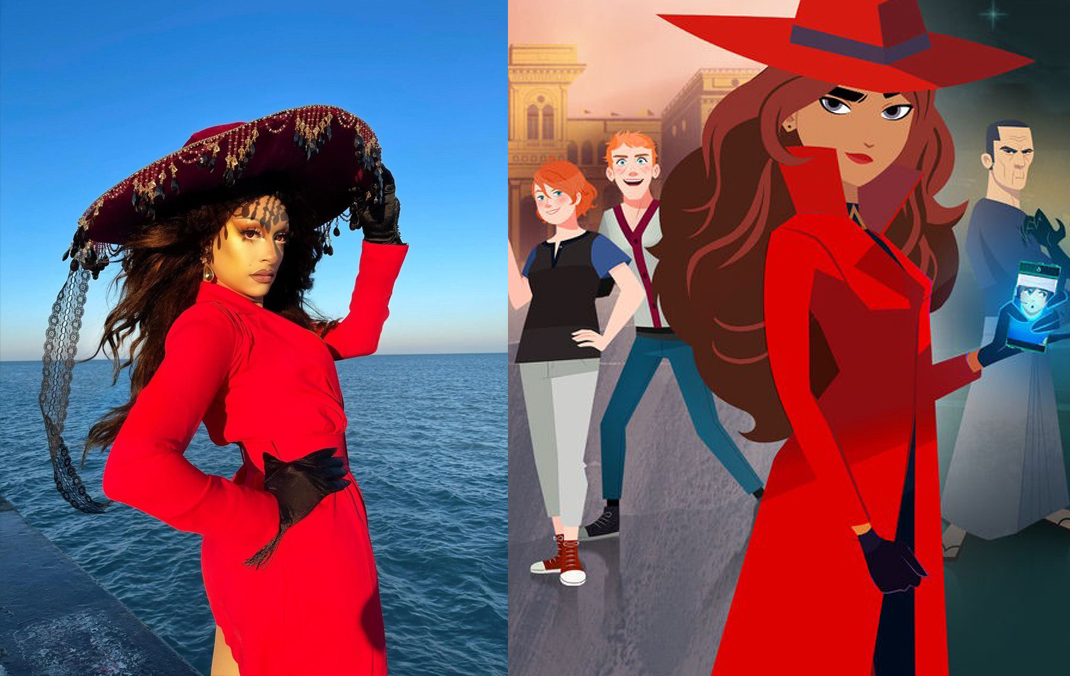 “I chose Carmen Sandiego because she’s a mysterious fashion icon, always on the go, and a boss lady through and through,” Denali explained.

Finally, this year’s resident quirky queen Utica found inspiration in CBS News anchor Nora O’Donnell. We’re not really sure we see a resemblance here, but Utica still looks fabulous as all get out! 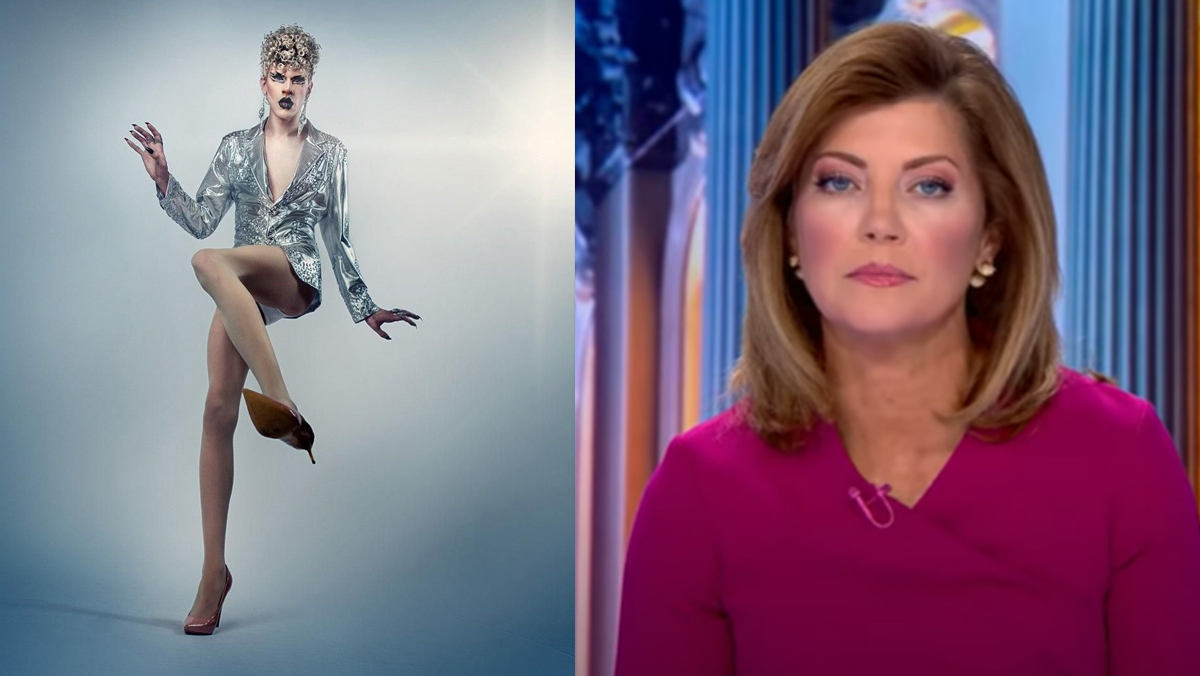 “Nora O’Donnell represents classic fashion in today’s newscasting media,” said Utica. “For Paramount + this shoot embodies a 80s twist on a classic news anchor look, from the news to the silver screen!”

The first ten seasons of RuPaul’s Drag Race are now on Paramount+. Season 13 is currently airing on VH1.