It was only a matter of time before Grease got another revival. This time, it’s not a remake of the Broadway musical, it’s a prequel series. Via The Hollywood Reporter, we now know this series will focus on the origin story of the original film’s “girl gang,” the Pink Ladies. In fact, Paramount changed the name of the prequel series from Grease: Rydell High to Grease: Rise of the Pink Ladies.

According to Deadline, we now have a synopsis for the upcoming prequel:

The musical series takes place four years before the original Grease; in 1954 before rock ‘n’ roll ruled, before the T-Birds were the coolest in the school, four fed-up, outcasts dare to have fun on their own terms, sparking a moral panic that will change Rydell High forever. 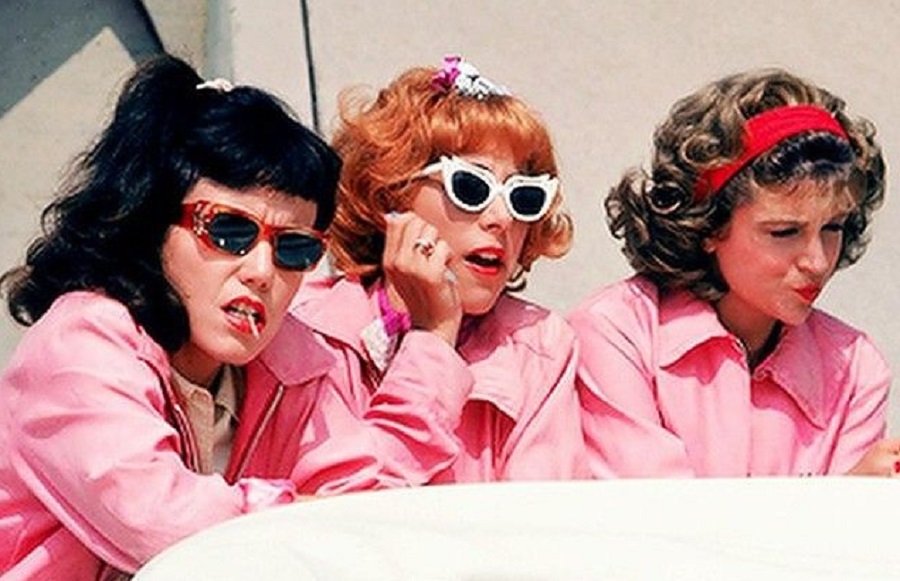 And now, as production begins, Grease: Rise of the Pink Ladies has set its cast.

This Grease prequel will star the following actors. Shanel Bailey as Hazel, Marisa Davila as Jane, Tricia Fukuhara as Nancy, Jackie Hoffman as Asst. Principal McGee, Johnathan Nieves as Richie, Ari Notartomaso as Cynthia, Jason Schmidt as Buddy, Madison Thompson as Susan, Cheyenne Isabel Wells as Olivia, and Maxwell Whittington-Cooper as Wally. They look like a great new crew. We will definitely get our Rydell High pom poms out to cheer them on.

Rydell High is back in session! Grease: #RiseOfThePinkLadies is coming soon to #ParamountPlus. pic.twitter.com/1zd0fl2dhx

Grease: Rise of the Pink Ladies is created by Annabel Oakes, who also acts as showrunner. Marty Bowen, Adam Fishbach, Erik Feig, and Samie Kim Falvey will all executive produce. Grace Gilroy will serve as an additional producer. Finally, Alethea Jones will direct three episodes, including the pilot, and will also executive produce.

Per Deadline, Tranter, a Grammy-award nominated writer and producer will create new original music for the Grease prequel. We can’t wait to hear these new songs. They have big shoes to fill, after all.

We are thrilled to unveil our new original series that will introduce an incredible cast of young stars in the making and electrifying musical numbers you will fall in love with. Annabel and Alethea have managed to brilliantly capture the spirit of the iconic beloved classic film, which like Rise of the Pink Ladies, is both set in the past but relevant to the present.

HBO Max originally ordered this straight-to-series. However, will now going to stream on the upcoming Paramount+ service instead. The move makes sense, as Paramount is the license holder to the Grease IP. No doubt they wish to keep one of their most well-known and beloved properties in-house. This isn’t the only Grease project in the works either. Work continues on a big screen prequel called Summer Lovin,’ focusing on the romance of Danny and Sandy before the events of the original movie.

So that means that between this series and the movie, we now have a Grease Cinematic Universe. GCU, it has a nice ring to it. Maybe one day we could see all the generations of Greasers coming together to sing. If hair gel companies across the world could handle it, anyway. In the meanwhile, we look forward to seeing more of the Pink Ladies as they come to life.