How STRANGE NEW WORLDS Can Give Us Classic STAR TREK - Nerdist

How STRANGE NEW WORLDS Can Give Us Classic STAR TREK

CBS All Access has added another show to their stable of Star Trek series. They recently announced a Discovery spin-off called Star Trek: Strange New Worlds. The show will focus on Captain Christopher Pike ( Anson Mount) commanding the starship Enterprise in the decade before Captain Kirk’s famous adventures. Joining him will be Ethan Peck as Spock, and Rebecca Romijn as Pike’s First Officer, Number One.

Trek fans have legit reasons to be enthusiastic about this series. Anson Mount’s Pike was one of the best parts of season two of Discovery, and Ethan Peck wound up being a worthy Spock as well. With its bright color palette and retro-ish design, most fans finished the season wanting more of this version of the Enterprise and her crew. But there are a few things that executive producers Alex Kurtzman and Akiva Goldsman should absolutely do if they want Strange New Worlds to truly fire on all thrusters. 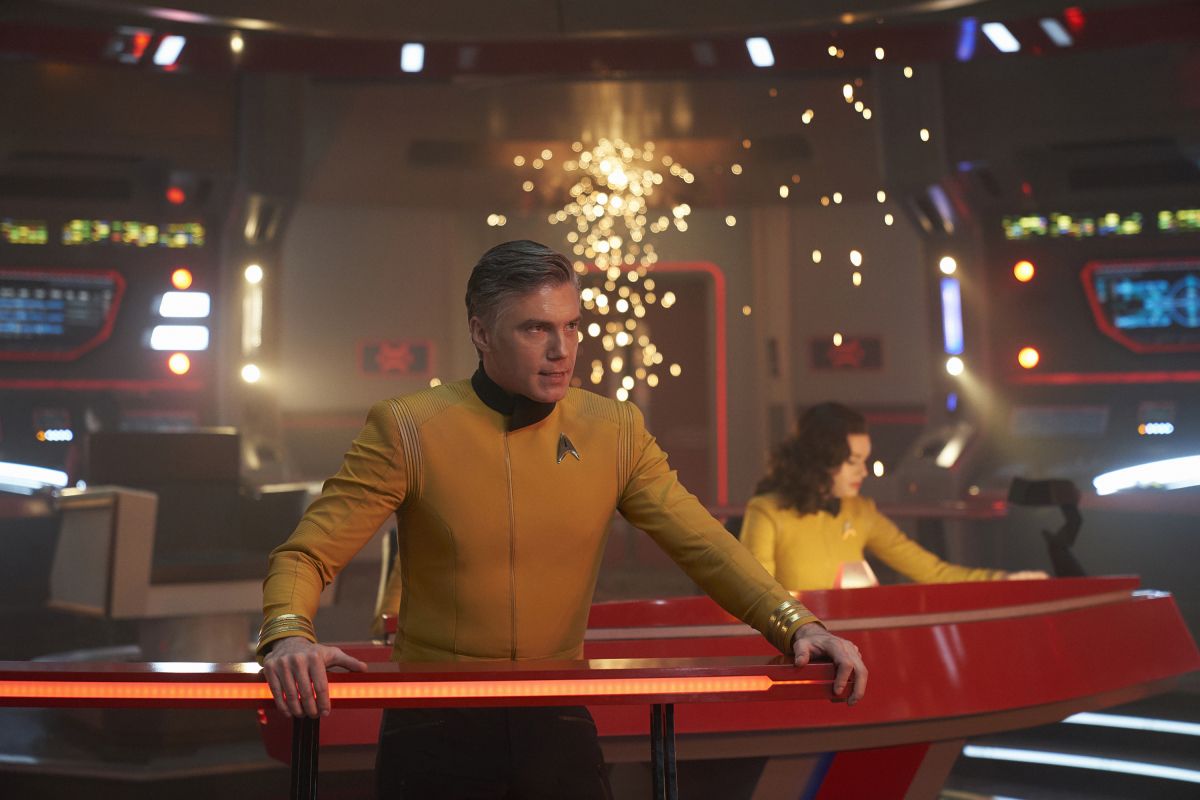 Both Discovery and Picard are well made sci-fi shows with high production value and winning casts, but they often feel like Star Trek as seen through the filter of other series. Both shows are concerned with mimicking the story structures of more recent genre hits. By this, I mean the season-long mystery propelling the narrative forward—a method popularized by Lost and dozens of other shows since. Series producer Akiva Goldsman has already said (via Variety) that Strange New Worlds would be more episodic, sticking to classic “one and done” stories, while having an ongoing narrative element surrounding the characters.

This is the right move. It would make Strange New Worlds the perfect opportunity to get back to basics for the fifty-four year old franchise. Essentially, we can once again have a show that begins with the opening narrations of “ Space. The final frontier. These are the voyages of the starship Enterprise…” A show about a Federation starship with the best crew in the fleet, seeking new life and new civilizations.  And that’s something we as Star Trek fans haven’t had for a long time. Not since Star Trek: Enterprise went off the air in 2005. 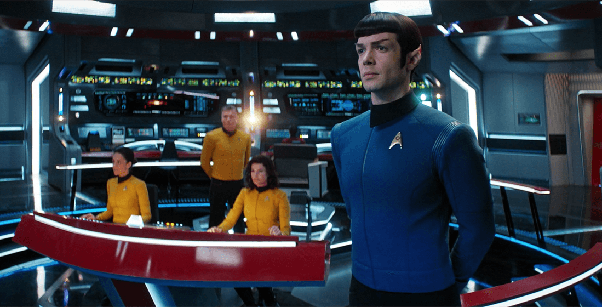 Strange New Worlds can get back to basics for the Star Trek franchise is to do three specific things. First, hire actual science fiction writers to pen some of the scripts. The original 1960s series featured some of the biggest and most prolific sci-fi writers. For example, Harlan Ellison penned “The City on the Edge of Forever.” One of the weaknesses of both Discovery and Picard is that it seems the only sci-fi the writers seem to know is stuff from other movies and TV shows. It’s time for Trek to get its pioneering sci-fi cred back. Give us stories that don’t immediately call back to other well-known franchises.

Secondly, Star Trek was famous for once having had an “open door” submission policy for scripts. This meant that novice writers could write their own screenplays and submit them directly to the Star Trek production office. Several episodes from the Next Generation, Deep Space Nine, and Voyager eras were ones purchased via this open submission policy. True, hundreds more sat on the shelf eternally. Still, this policy kept fresh ideas from outside the writers’ room coming in. 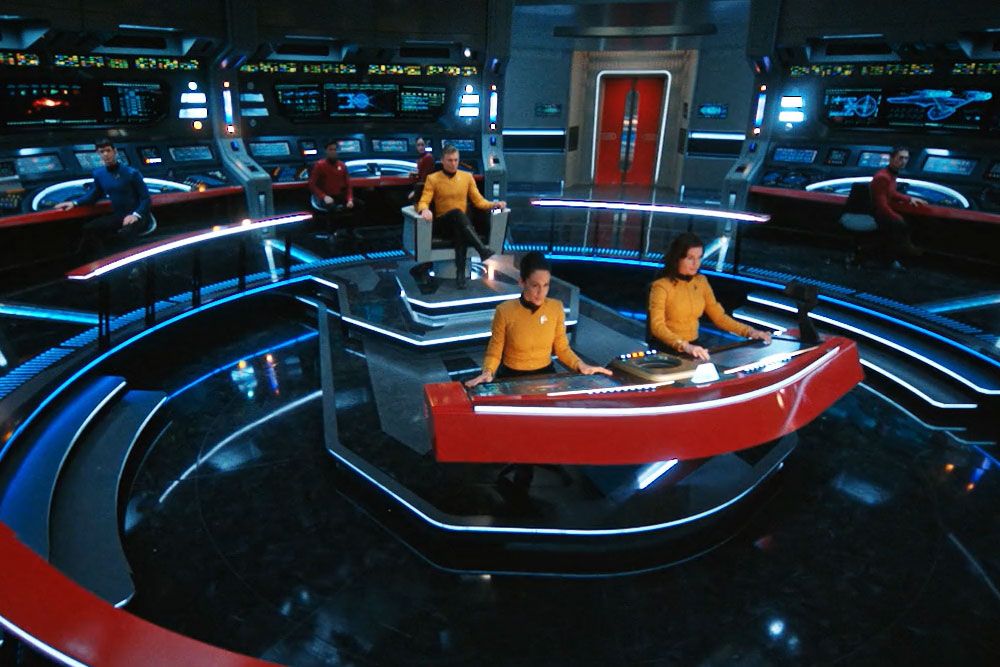 If Strange New Worlds is more episodic in its format, then it’s the perfect opportunity for both of these aspects of Trek production to return. A new writer coming up with a cool story would have an easier time if it doesn’t have to fit into a season-long narrative. It would also be a huge boon for the show to get an established sci-fi writer to produce a script for them.

There’s one more thing this show needs to do in order to find success: cut the continuity loose. The issue constricting Discovery in much of its first two seasons is already bogging down Strange New Worlds. That issue is the notion that it’s a prequel to the original  ‘60s Star Trek series. Because of its prequel status, we know exactly where Spock and Pike end up. For a hopefully long-running series, that can create a host of problems in creating dramatic tension. 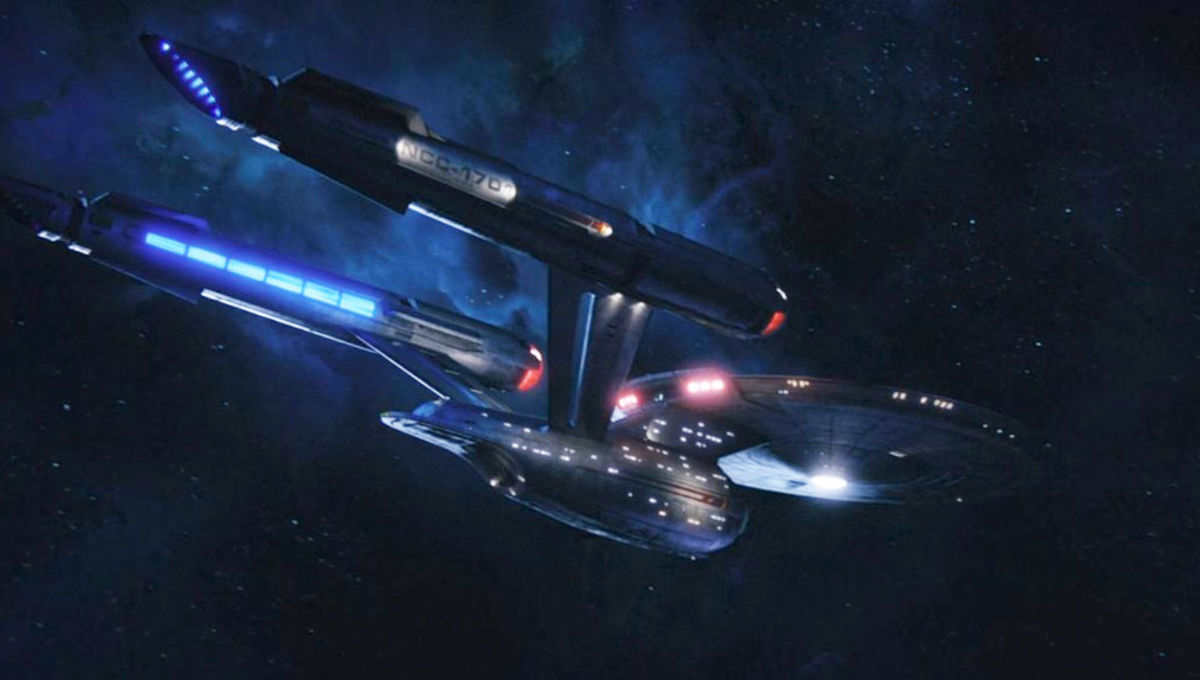 But if they somehow revealed this is a branched timeline (similar to the J.J. Abrams Star Trek movies) then that opens up a universe of possibilities. If they want a young Lt. James Kirk to join the crew at some point, they can. They won’t have to worry that the original series gave him a different backstory. Escaping continuity would create the same storytelling liberation that Discovery hopes to achieve by jumping 900 years into the future for season three. As it stands, the Enterprise in Star Trek: Discovery looks very different than the one seen in the original series. They might as well make it official and assign this show its own timeline.

Strange New Worlds has the opportunity to be the Star Trek series that unites all generations of Trek fans. Something that evokes the core Gene Roddenberry ethos, but with modern storytelling verve and conviction. Something bright, something positive, and something that regularly gives us hope for the future in a time when we need it most.