Although somebody can set up a Rube Goldberg machine for any reason whatsoever, the best use-cases—we’d argue, at least—involve food. Even if that food is for squirrels, as it is in the RGM in the video below from YouTuber, Creezy. And all we can say for the squirrel-feeder is that the way it delivers snacks is totally nuts.

Laughing Squid picked up on Creezy’s new backyard Rube Goldberg machine. For those unfamiliar, Creezy—a.k.a. “Cree”—is a professional trick-shot artist and Rube Golderberg builder. This isn’t anywhere near the YouTuber’s wildest ultra-convoluted machine, however. He has previously, for example, built a 70-step Rube Goldberg to deliver a single basketball shot.

In this asinine yet brilliant mishmash of utterly unnecessary physical exchanges, Creezy kicks things off with a squirrel. (Which is kind of meta, but that’s fine. We’re talking Rube Goldberg’s here, so the more senseless, the better.) We watch as one particular, agile tree-dwelling rodent approaches a nutty snack; one Creezy’s glued to a domino, which sets off the entire ludicrous chain reaction. 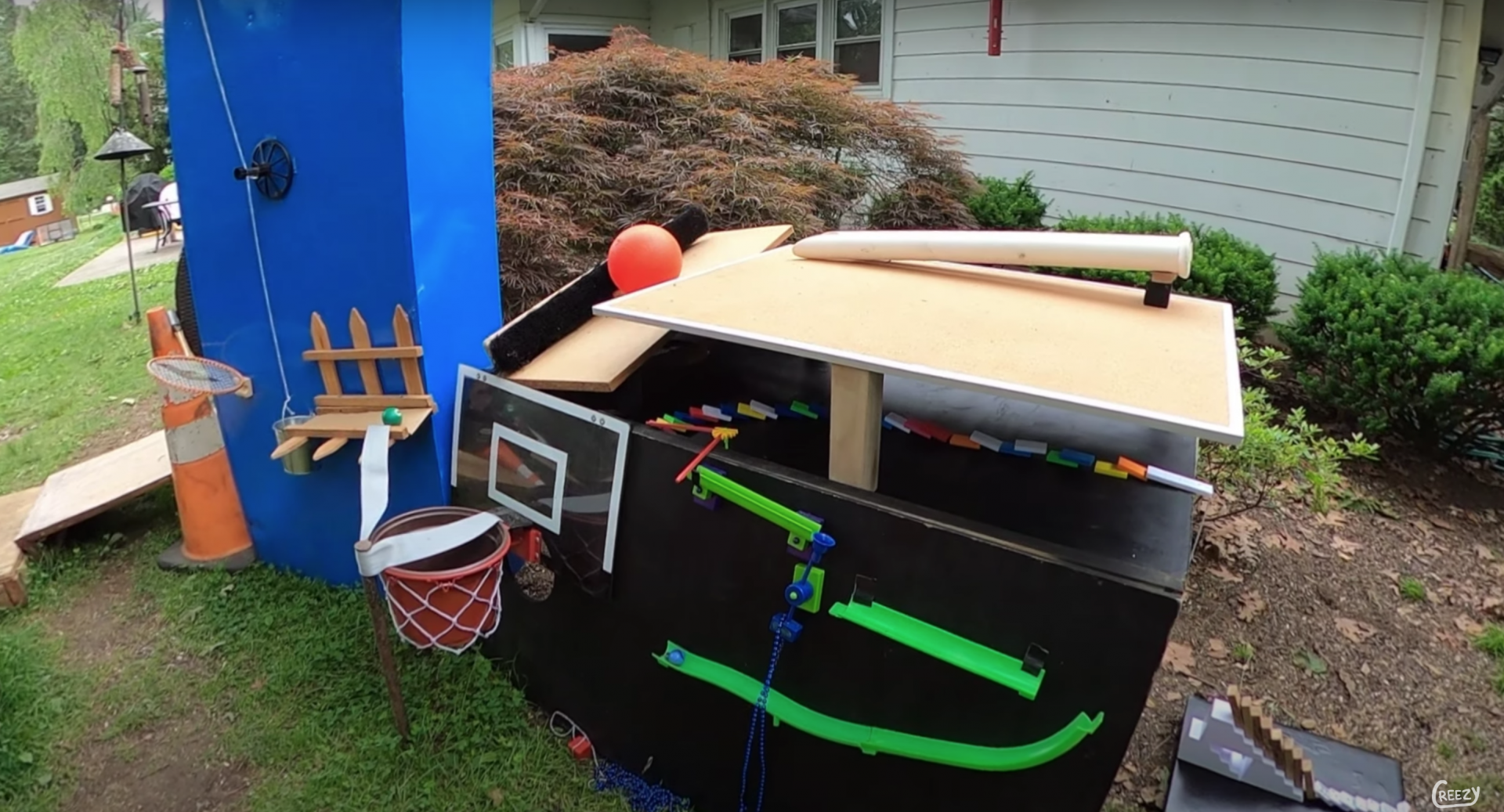 As soon as the squirrel knocks the first domino, it sends a long line of them flying. The end of that line of dominos, in turn, hits a ball which tugs on a string, which sends another ball rolling into a basketball hoop. The successful shot then triggers another ball, which sends a gigantic Slinky soaring to the ground from up on high. Which, incidentally, makes us now want a giant Slinky.

The wild ride continues, coming to its climax when a bowling pin slams down on a lever that flings a tray of nuts and seeds. The snacks land smack-dab in a shower over their target on the ground, which, for whatever reason, a few faux squirrels already inhabit. The showering food finally draws in real squirrels, who munch away happily. As well as a raccoon. Because if there’s food left outside, you know raccoons will come to party. And eat your trash. 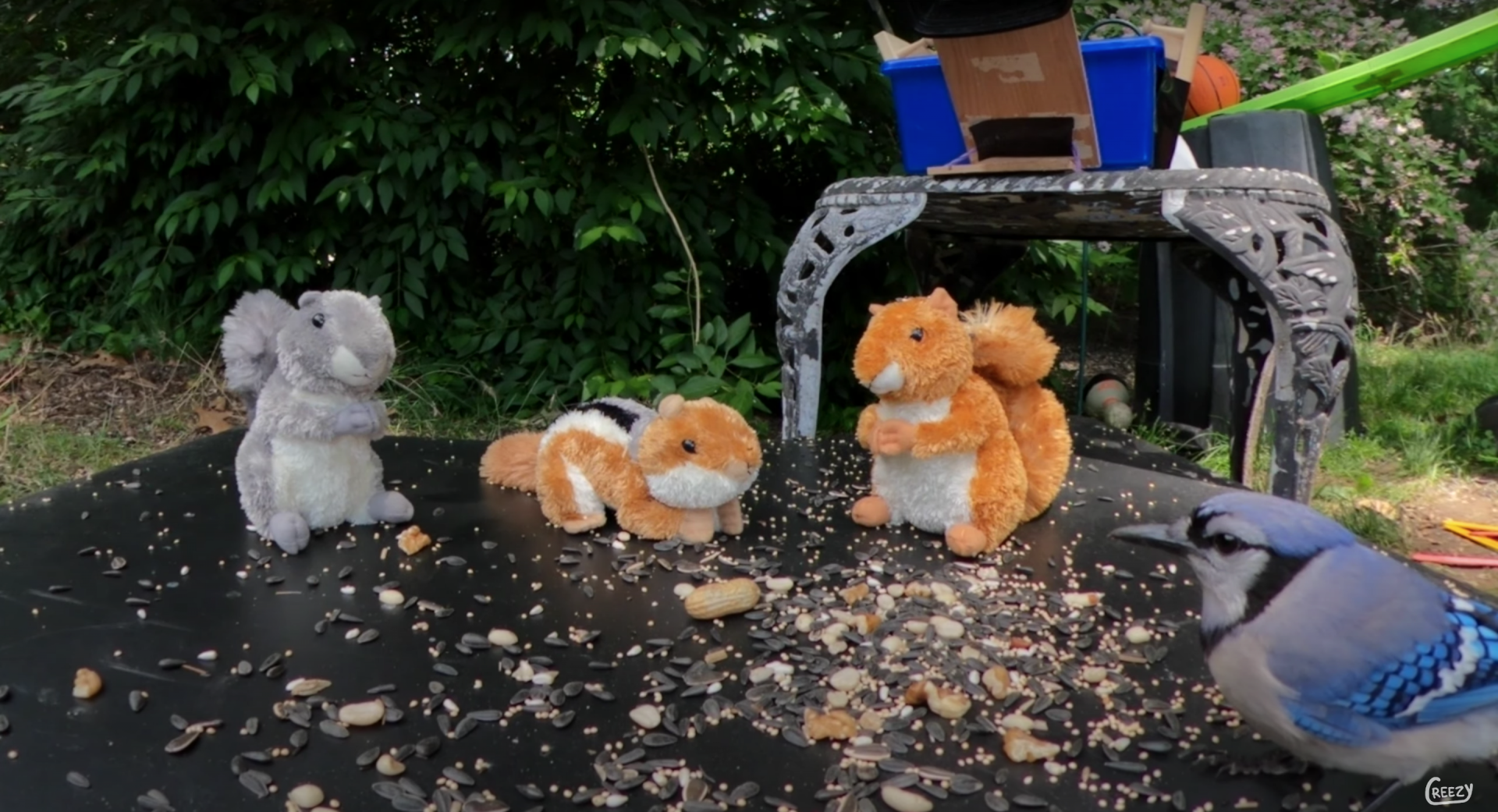