While some are using this period of social distancing to relax, others have elected to use their quarantine hours following more productive pursuits. Both are acceptable ways to cope with COVID-19. But one ingenuous young man decided to spend his free time doing both. He spent two months building an elaborate Rube Goldberg machine that runs across his entire backyard. But this elaborate 70-step process combines another classic time-wasting endeavor, because this contraption also doubles as a basketball trick shot.

YouTube user Creezy‘s “Swish Machine” features 70 different steps. It starts with him hitting a no-look shot, and that basketball (the first of three) then kicks off a truly impressive Rube Goldberg machine that spans his entire property. This is a sprawling set-up that embraces nature’s obstacles. At one point a runaway bike tire runs parallel to his entire house. He also built a marble track across a little waterfall, which is strangely serene. All Rube Goldberg machines should span running water.

Ultimately it all leads to the final basketball, which runs down a trench to the waiting hoop, a 70-point shot. What’s equally impressive is how he managed to film this. He says this entire video was shot in a single take using GoPro MAX camera. “There are absolutely no hidden cuts or edits.”

We wouldn’t have faulted him one iota if he had decided to set up multiple cameras everywhere instead of following the entire process himself. But by the time he finally got this to work he was already deep in the weeds. 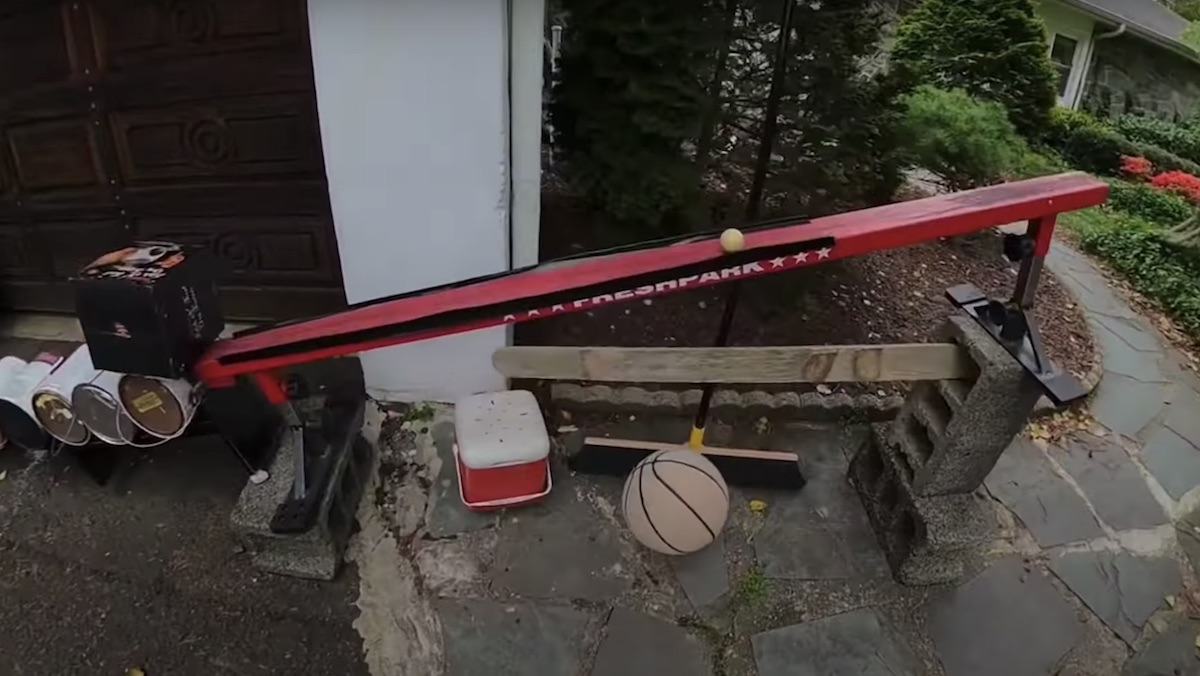 The machine itself took an entire month to build. It then required a second month to make it work.

If you’re going to put that much effort into making a giant machine that technically does very little, you might as well make it as hard as possible to share it with the world. Especially since we haven’t been nearly as productive during quarantine.