Man Gets Mobbed By Raccoons While Feeding Them Hot Dogs - Nerdist

Man Gets Mobbed By Raccoons While Feeding Them Hot Dogs

What does it mean to be a raccoon whisperer? It’s a title that comes with a lot of responsibility. Or so we assume after watching James Blackwood’s YouTube videos. Blackwood gave himself the esteemed title of “raccoon whisperer” for reasons that become obvious once you take a gander at his page. The retired Royal Canadian Mounted Police (RCMP) constable has posted hundreds of videos of himself with the critters. But it’s his most recent videos that have really taken the internet by storm. 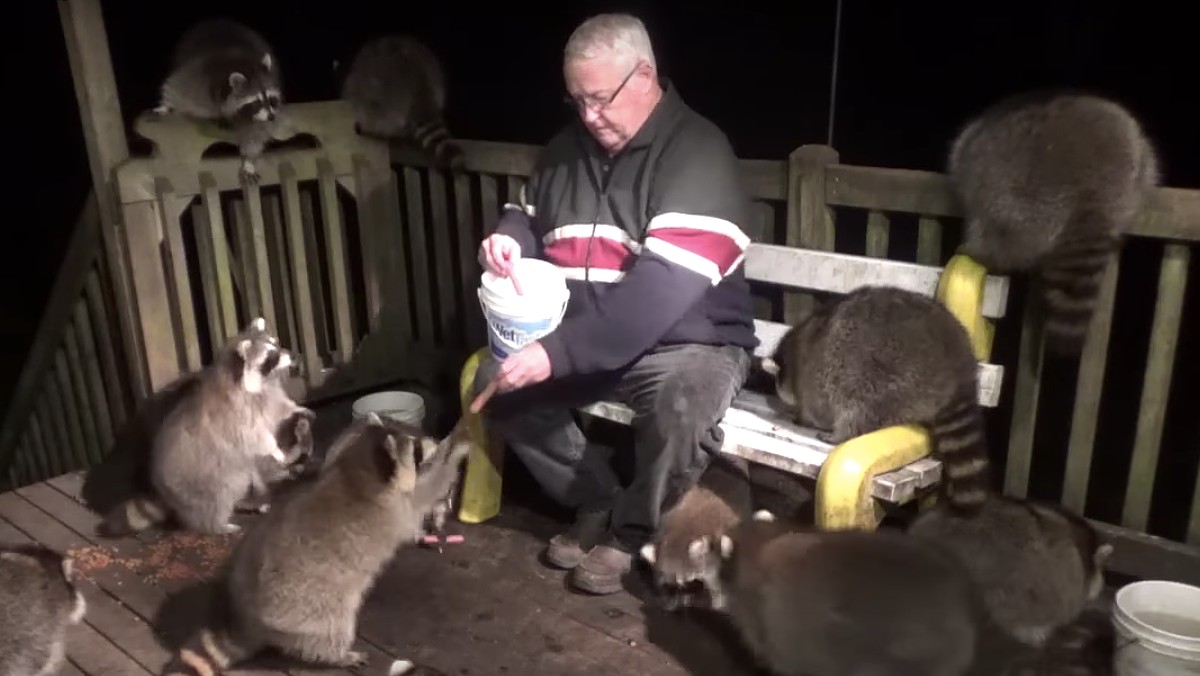 In a video posted on November 8, 2020—which we first heard about over at Laughing Squid—Blackwood is serenaded by a swarm of hefty raccoons. And we mean hefty; these are some big, big raccoons. How’d they get so big? Probably because of the diet Blackwood feeds them. In this video, titled “Sunday Mobbed Again,” he’s seen given the critters not only some grain feed, but also a bucket full of hot dogs.

The best part? The raccoons are patient and courteous. They respectfully wait for their turn at the hot dog bucket. Which is more than we can say for, you know, real human children. Did Blackwood also teach these raccoons manners? It would seem so.

The next night, Blackwood gave the raccoons another new treat to try: whipped cream. They were slightly less enthusiastic about this one—probably due to the aerosol can—but they still gobbled up that whipped cream like the good little raccoons that they are. He also feeds them grapes in this video.

According to Laughing Squid, the reason Blackwood feeds the raccoons is because of dwindling temperatures in Nova Scotia, where he lives. What a pure reason to take care of some local wildlife! Thank you James Blackwood. Not just for caring for the raccoons, but for giving us a little bit of joy in 2020.